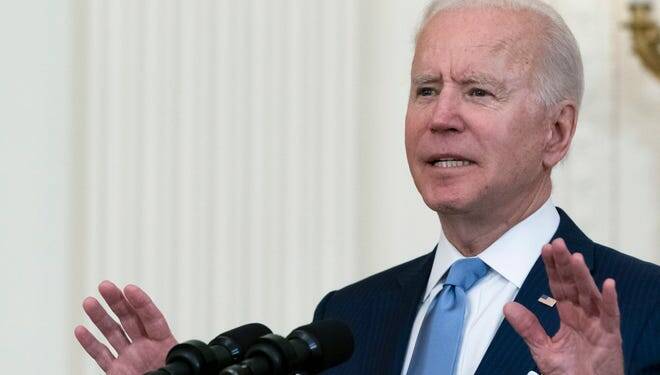 A recent economic study led by a close White House ally concludes that school and day-care closures are not the cause of low jobs, undermining a central Biden administration claim in support of the American Families Plan and undermining some Democrats’ belief that investing in childcare is critical for the nation to recover from the coronavirus recession.

Jason Furman, a Harvard professor who chaired the Council of Economic Advisers in the Obama administration and co-authored the analysis said, “School closures and lack of childcare are not holding back the recovery. And conversely, we shouldn’t expect a short-term economic bump from reopening schools and making childcare more available.”

The report, which found that employment rates for parents of young children fell at a slower pace than for those without children, adds fuel to a raging national debate about what’s behind a rumoured labour shortage and what policy changes are required to speed up Americans’ return to work after the pandemic has passed.

Republicans still reject President Joe Biden’s child-care policies, so a high-profile Democrat’s assessment that they could not accomplish a key Biden target — improving jobs in the short term — carries extra weight. White House officials rejected the study, and lawmakers, including the Democratic Women’s Caucus, slammed it.

For weeks, the White House and congressional Democrats have argued that a shortage of childcare facilities is a significant impediment to economic growth, calling for a huge and urgent commitment to help parents return to work.

Furman and his co-authors stressed that they continue to believe that long-term investments in childcare are essential. However, their findings contradict many Democrats’ claims that a shortage of affordable child care options was a major factor in April’s lower-than-expected job growth (266,000 jobs vs. 1 million expected). Instead, it means that other factors, such as one that Republicans have emphasised — increased federal unemployment insurance, which add $300 a week to state unemployment assistance — are holding people out of the workforce.

Democratic officials have used the jobs report to encourage Congress to fund hundreds of billions of dollars in childcare assistance that Biden has introduced as part of the American Families Plan, which also includes two years of free universal pre-kindergarten.

“If we don’t solve our childcare crisis, there isn’t going to be an economic recovery,” Sen. Patty Murray (D-Wash.), who chairs the Health, Education, Labour and Pensions Committee, said on a Thursday press conference.

White House press secretary Jen Psaki told reporters earlier this month that passing the Families Plan “would have a huge benefit in addressing some of the impacts of childcare, on educational needs … that is preventing women from rejoining the workforce.”

Months of survey data and anecdotes showing the degree to which childcare issues have impacted parents’ jobs, according to the White House and key congressional Democrats. They also claim that, while the study indicates that both parents and non-parents were affected by the pandemic, it does not address childcare or the reasons why parents left the workforce.

However, according to the new study based on data from the federal government’s Current Population Survey, the opposite is true. Furman and the report’s other writers, University of Maryland’s Melissa Kearney, and Harvard’s Wilson Powell III, as well as other experts, argue that parents of young children who are unable to work from home — and thus are the most affected by school and day-care closures — makeup such a small percentage of the labour force that even a full reopening will do little to boost overall employment.

After pushing Ukraine towards the edge against Russia, Biden has left it hanging and Ukraine has crawled back to Putin