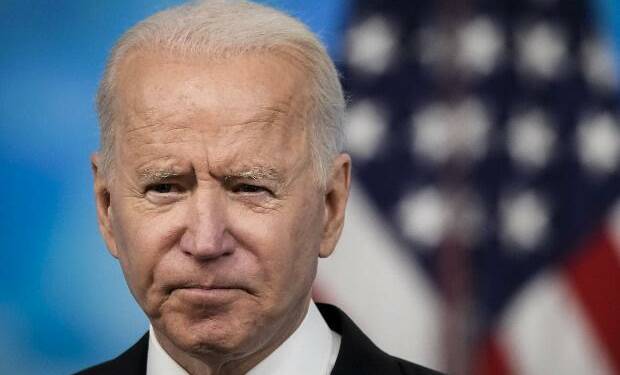 The Biden administration does not want to be made aware of the atrocities committed by illegal immigrants in the country; instead, they prefer to turn a blind eye to the matter, as they have done by disbanding VOICE, an ICE office that assisted victims of illegal immigration offences. As waves of illegal immigrants continue to enter the country, the southern border states of the United States are facing a crisis of unparalleled proportions.

The illegals bring drugs, violence, and anarchy with them. And by dismantling VOICE, Biden has sent a signal to the immigrants that they are welcome to the US and they will not be convicted nor will they be shamed even if they completely destroy the lives of hard-working Americans.

ICE announced the creation of the Victims Engagement and Services Line on Friday, noting in a statement that the Victim of Immigration Crime Engagement Office (VOICE) established by then-President Donald Trump in 2017 had been “terminated.”

“Providing assistance to society’s most vulnerable is a core American value. All people, regardless of their immigration status, should be able to access victim services without fear,” said Department of Homeland Security (DHS) Secretary Alejandro Mayorkas. “This administration is committed to providing a reliable source of information and guidance for all victims irrespective of their status.”

People who contact the new ICE office for assistance will not be queried about their immigration status, according to Acting ICE Director Tae Johnson. The new office will offer services to potential T-visa and U-visa recipients. T-visas are for victims of human trafficking, while U-visas are for victims of violent crimes in the United States. The Detention Reporting and Information Line, which allows victims to report incidents of sexual or physical assault, abuse, or mistreatment while in ICE detention, is one of the services offered by the new office, which ICE describes as a “streamlined and all-encompassing access point for all victims.”

The decision to stop VOICE, according to Stephen Miller, a key architect of Trump’s immigration policies, is a “moral stain on the conscience of our society.” He likened the new office to the Drug Enforcement Administration establishing “a telephone centre to assist drug dealers in obtaining lawyers and amnesty for their crimes.”

While many studies show that immigrants, whether legal or illegal, are less likely to commit crimes than native-born people, proponents of tougher immigration policies argue that even a single crime committed by someone who entered the country illegally is too much and was made possible by lax border security.

Republicans argue that Trump’s tactics and rhetoric were effective in deterring illegal immigration and that the Biden administration’s rollback of some of them has resulted in a record-high increase in the number of people crossing the border unlawfully. According to a recent report from the United States Customs and Border Protection (CPB), the agency detained 180,034 people illegally entering the country in May, the highest monthly total in 21 years.