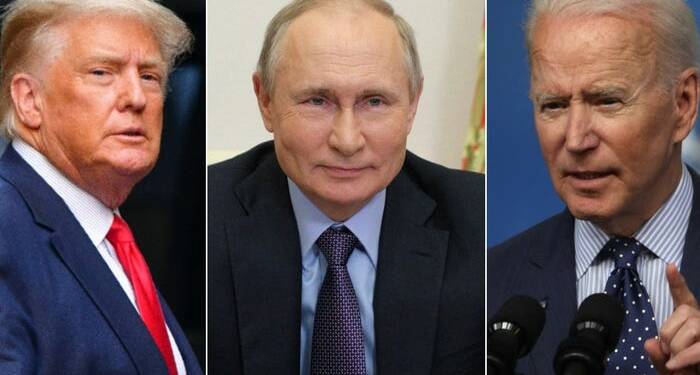 US President Joe Biden was his usual self at the G7; uninteresting and boring, like his policies such as the Global corporate tax. But he still invoked laughter at the meetings, the difference was that leaders were laughing at him rather than with him. More humiliation was bound to come his way at the summit with Russian President Vladimir Putin. Up until the summit the period was marked with Biden trying to gain an upper hand over his Russian counterpart and constantly failed to do so, whereas Putin had gained a sizeable advantage to berate Biden with at the summit. The reality that his first overseas tour could turn into a disaster was a chance Biden could not afford to take and, thus, he fell back on former President Donald Trump’s doctrine and take an anti-China stance.

It has become one of the highlights of Biden’s administration to fall back onto Trump’s policies specifically when it comes to the US foreign policy. Be it Taiwan, Ukraine, Afghanistan, Iran, Israel or the Quad. Biden has let the position of power the US held slip through his hand. Thus, when his own policies failed to rally the allies behind the US, Biden, rather coerced into it or by his own will took an anti-China stance which united the G7 in their approach. The same lies with the summit in Geneva. Biden was destined to be humiliated by Putin if he had not picked up the Trump-era feelers that Putin was sending out, such as appreciating Trump and his leadership. Incidentally, Trump was also known for his hawkish stance on China.

At the G7 gathering in London, finance ministers from the Group of Seven nations were anticipated to back President Biden’s request for a global minimum tax on corporate profits, giving him an early success in a difficult diplomatic battle that is just getting started. However, the comments of the Japanese Finance Minister, as well as misgivings from a number of other countries, both G7 and non-G7 complicated matters.

Having failed to rally the allies, Biden had to step aside and then Japan, the United Kingdom and Australia, all great Trump allies, led the G7 to take an anti-China stance. This was Biden’s moment, either he could let another international grouping slip away or he could re-instate the US leadership. Fortunately for the United States and even Biden’s for that matter, he took leadership and stuck to Trump’s anti-China stance.

Biden understood the novelty he had on offer if he sticks to Trump’s hawkish stance on China. Such was the impact that even Nato branded China as an immediate threat. Biden’s own agenda had taken the backseat and Trump was driving the US foreign policy once again.

But now it was the time for the dreaded summit with Vladimir Putin. Having failed to gain any advantage on his Russian counterpart, humiliation for the US President was on the horizon. Having seen Biden take an anti-China stance in the G7, Putin knew that his message to Biden has been received. During the G7 meeting, Putin in an interview with NBC’s Keir Simmons had praised Donald Trump. He said, “I believe that former U.S. president Mr Trump is an extraordinary individual, talented individual, otherwise he would not have become U.S. President.” The Russian President added, “He is a colourful individual. You may like him or not. And, but he didn’t come from the U.S. establishment, he had not been part of big-time politics before, and some like it some don’t like it but that is a fact.”

Biden had picked the hint and just before the summit in Geneva, a report originated in the US that Chinese hackers were responsible for a number of infiltration in Russian government agencies. Biden had just reaffirmed where he stood on China and in relations to Russia and he was the wiser for it.

The scene was set for a cooperative stand to be built on the foundations laid by Donald J. Trump. And Biden’s foreign policy was again saved by following the line that Trump had explicitly set out during his tenure.