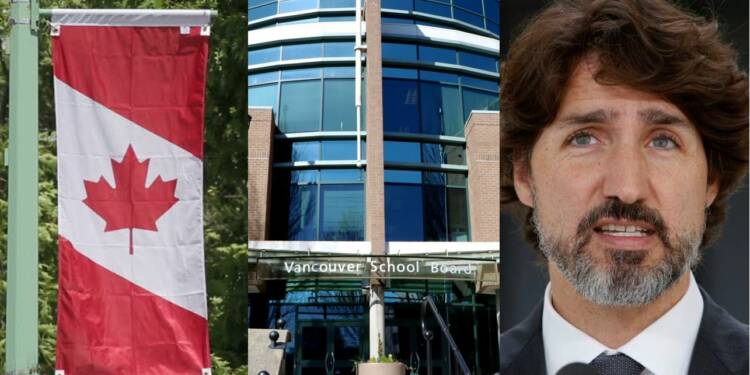 As part of a commitment to promote diversity and equity in the classroom, the Vancouver School Board in British Columbia, Canada, is removing honours classes. The board had previously terminated the honours English programme in high school, and now math and science will be eliminated as well.

The left-leaning agenda of pushing equity has reached ideocratic levels throughout the United States and Canada. This attempt to distribute resources on the basis of equitable distribution rather than merit is as socialist a policy as it can get. The liberal party under Canadian Prime Minister Justin Trudeau has been pushing woke reforms and policies ever since his party came to power. This policy to deprive deserving students of getting adequate resources is abhorrent and takes away the incentive to do better.

Education officials dislike the fact that some higher-achieving children are placed in circumstances where they are more likely to succeed than their less gifted friends and would want to put everyone on the same level as much as possible.

“By phasing out these courses, all students will have access to an inclusive model of education, and all students will be able to participate in the curriculum fulsomely,” said the school board in a statement, according to the CBC. This is an astonishingly candid statement.

The idea closely resembles California’s recent efforts to deter math-proficient pupils from taking calculus ahead of their peers; Canadian educators appear to be just as enthusiastic as their American counterparts about achieving equality of result at all costs.

Parents are naturally enraged, and some parents told The Globe and Mail that their children felt validated and welcomed in their honour’s classes. Jennifer Katz, an education professor at the University of British Columbia, was consulted for a response, and she dismissed the parents’ worries as “nonsense.”

She said, “That’s a stereotype. I don’t buy that. That is a part of racism and systemic racism. It’s a part of ‘I don’t want my kids in class with those kids.’ And that’s nonsense.

Parents who want their children to attend classes that are both hard and stimulating, as well as classes with students, who are similarly gifted, are not racist. They aren’t contributing to the perpetuation of systematic racism. The implicit notion that only children of a given race can thrive in such circumstances is, if anything, prejudiced.

While equity is a wonderful goal, it should be self-evident that depriving clever teenagers of resources in order to make them more like their lower-achieving peers is the height of insanity. The fact that authorities who think this way are in charge of schools in Vancouver, California, and elsewhere does not inspire tremendous faith in the public education system.

To seize incentives from students from doing better in class is a punitive measure to propagate ideocracy rather than equity. Children are not alike and thus should be given different resources rather than reducing them to those who are better at different things. This left-leaning agenda of Justin Trudeau and his liberal party is a big slap on the face of those who actually believe that they can get a better life if they work to improve themselves and work harder.