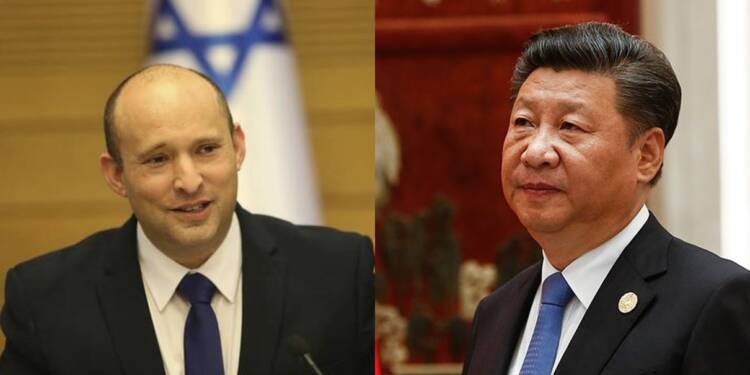 Things have been taking a lot of twists and turns in the realm of International Relations among world powers. Israel, which often seeks not to antagonize major trading partner Beijing, joins 40 mostly Western countries on Canadian-led measure at UNHRC regarding the treatment of Muslim Uyghurs. Israel was among 41 countries at the Human Rights Council on Tuesday that urged China to allow “immediate, meaningful and unfettered access” so independent observers can visit its western Xinjiang region, where Beijing is accused of a brutal crackdown on Muslim Uyghurs and other minorities.

The statement makes it clear that Israel is in the Western camp entirely and stands against China on many issues. According to Walla news, Israel’s decision to support the measure came following pressure from US President Joe Biden’s administration, signalling a significant policy shift from Israel’s prior attempts to walk a tightrope between the two powers. Israel and China are huge trade partners, but still, Israel has decided to stand in the right against China on issues related to morality, clarifying that economic relations do not dictate its foreign policy. This is something which countries like India and Australia have earlier taught to China and now with Israel doing the same, Beijing should get the wind.

Israel had earlier woken up to the big threat called the People’s Republic of China. The Jewish nation has accused the Chinese State-run media of running anti-Semitic propaganda. Israel is therefore coming to realise that the Middle Kingdom is not a friend. As the Israel-Gaza conflict escalated, Beijing decided to take Iran’s line and support the Palestinian cause, at the expense of Israel.

Read more: Iran, China and more: The 5 biggest losers in the Israel-Hamas ceasefire

China believed that the Jewish nation and the United States would be cornered. Obviously, that did not happen. Hamas has been incapacitated for a long time. China has lost face in the Middle East and has further exposed itself as an anti-Israel power. Finally, China has been caught red-handed doing Iran’s bidding, to the extent that it has been taking a rather unnatural anti-Israel stand even at the United Nations.

The declaration, which was delivered by Canada and approved by 41 largely Western countries, reflected broad human rights concerns about detention centres in Xinjiang, where hundreds of thousands of Muslim Uyghurs and other minorities have been incarcerated.

“We urge China to allow immediate, meaningful and unfettered access to Xinjiang for independent observers, including the High Commissioner,” Canadian ambassador Leslie Norton said, referring to the UN High Commissioner for Human Rights Michelle Bachelet. Norton cited “credible reports” that over 1 million people have been arbitrarily detained in Xinjiang — some facing torture and other “inhuman” treatment — and that Uyghurs and others face disproportionate surveillance and restrictions on their culture.

After a long debate in the Foreign Ministry over the potential consequences of the decision, Foreign Minister Yair Lapid decided to acquiesce to a request from the US State Department to support the proposal, according to a Walla article quoting Israeli and US officials.

Lior Hayat, a spokeswoman for Israel’s Foreign Ministry, confirmed to Walla that Israel had backed the bill. Israel, which considers China to be one of its most significant commercial partners, did not issue a public statement declaring or clarifying its support for the UNHCR request, ostensibly to avoid enraging Beijing.