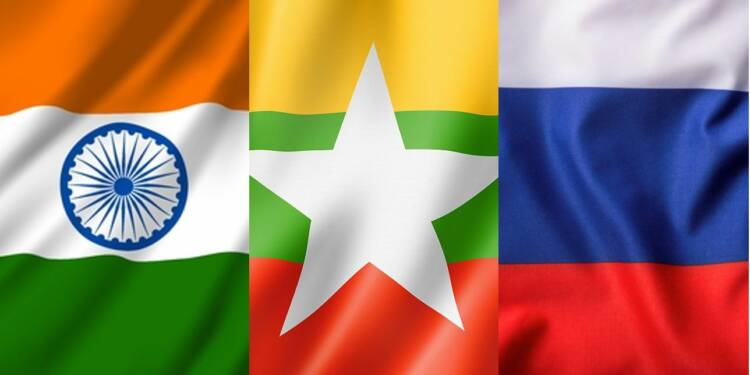 Myanmar’s junta chief hailed Russia on Tuesday for bolstering the army that seized power in a coup earlier this year. Russia is Myanmar’s largest arms supplier. Since the military deposed civilian leader Aung San Suu Kyi and her National League for Democracy (NLD) administration in February, Myanmar has been in chaos. Russia has expressed its support for its partner and warned the West against penalising the junta.

Myanmar’s geographical location makes it an asset for China if the CCP obtains control of the country. Myanmar provides China with a land connection to the Indian Ocean and, in some ways, is a driving force behind economic development in Yunnan. And until Russia and India wrenched the country from China’s hands, China had a firm grip on the region. Russia and India both voted against the sanctions against Myanmar. Furthermore, Russia has been bolstering Myanmar’s army. As a result, China will have no room to move, especially because it has previously been accused of supplying arms to insurgents in Myanmar.

“Thanks to Russia, our army has become one of the strongest in the region,” Russian news agency TASS cited Min Aung Hlaing as telling Russian Defence Minister Sergei Shoigu during a meeting in Moscow. According to the junta leader’s statements translated into Russian, the bond between Myanmar and Russia is growing “stronger and stronger.”

“Myanmar is a time-tested strategic partner and reliable ally for us,” Shoigu said, adding that military cooperation is an “important component” of Russia-Myanmar relations.  “We are committed to continue making efforts to strengthen bilateral ties,” the Russian defence minister said.

Min Aung Hlaing is in Moscow for a three-day international security conference that began on Tuesday and will bring together defence officials from all around the world. It is the junta chief’s second known journey outside of the country since assuming power. He met with Russian Security Council Chief Nikolai Patrushev on Monday, and the two agreed to boost bilateral relations.

According to SIPRI, Myanmar ranks second after Vietnam, having purchased an estimated $1.5 billion in military gear from Russia between 1999 and 2018, accounting for 39% of its overall arms imports. Exports of Russian armaments to Vietnam totalled $6.5 billion, with Malaysia acquiring $1.4 billion and Indonesia purchasing $1.1 billion. On the morning of the coup, convoys of light-armoured vehicles drove through the streets of Myanmar’s largest cities, showing Russian-made military gear.

By voting against sanctions at the UN, India has prioritised its own geopolitical objectives, namely, deterring Chinese influence in the region. New Delhi has taken a cautious approach to the coup, condemning the violence and emphasising the importance of a democratic transition without pointing fingers at the military or threatening sanctions. It has also refused, at least according to official protocol, to accept asylum seekers fleeing the military regime’s deadly crackdown through the Northeastern border.

The Burmese Army has consistently criticised China’s Communist Party and its aims in relation to Myanmar. Last year, a Myanmar Army spokesman claimed that “one foreign country” was supplying Myanmar-based insurgent organisations with sophisticated armaments and financial support.

India and Russia’s diplomatic manoeuvres, in addition to Russia’s arms supply to Myanmar even in times of crises has given Myanmar enough reason to not fall into China’s lap. China is, however, one of the important powers in the region but in this case Myanmar, Russia and India have left China behind.