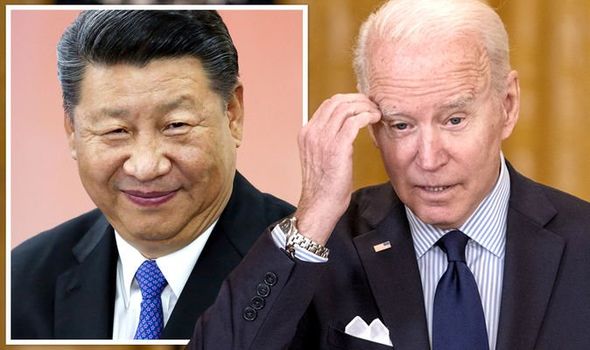 President Joe Biden of the United States is attempting to lead on Asia despite having no concrete plans to visit Asia this year. The president’s lack of visit to an economically and militarily significant continent could stymie his administration’s efforts to communicate a strategic message for trade and alliances, leaving a gap that China could fill. And, five months into Biden’s presidency, the new administration’s plans for engaging the fast-growing region are still unknown.

Those in the business and foreign policy sectors are concerned that Biden isn’t capitalising on the momentum created by his closely watched European trip earlier this month as he tries to rally allies to confront China on its trade and economic practices, as well as other issues such as human rights.

“As every Asian hand knows, 80 per cent of success in Asia is showing up,” said Matt Goodman, a former Obama White House official now at the Center for Strategic and International Studies. “Because we are a Pacific power, but not an Asian country, we have to demonstrate through our physical presence that we are committed to the region.”

Charles Freeman, senior vice president for Asia at the U.S. Chamber of Commerce says, “The key thing, frankly, is they need a very clear Asian economic strategy and plan, including with respect to China, and that seems to be something that they are in no hurry to generate.”

The biennial Asia-Pacific Economic Cooperation Leaders’ Meeting in November, as well as two other regional summits, are all slated to be virtual this year because to the pandemic, removing a built-in opportunity for Biden to meet face-to-face with more than a dozen Asian leaders over a few days. Experts recognise that the pandemic has made any ambitious journey for world leaders impossible to plan. Even if any conceivable itinerary is constrained, a visit would help achieve foreign policy objectives.

“He’s got to get out there,” Alex Feldman, president and CEO of the U.S.-ASEAN Business Council, agreed. “This is the most consequential region of the world for the United States across the board.”

Biden will probably take part in the virtual APEC, East Asian, and US-ASEAN summits scheduled for November, but it isn’t the same as really flying to those locations and being in the same room with other leaders. “There is no substitute, as those of you who have covered me for a while know, for a face-to-face dialogue between leaders. None,” Biden himself noted, after his recent meeting in Geneva with Russian President Vladimir Putin.

Southeast Asian countries are particularly interested in learning about Biden’s intentions for regional economic cooperation. Former President Donald Trump’s decision to withdraw from the Trans-Pacific Partnership after the US spent more than five years negotiating the regional trade treaty has thrown them for a loop in recent years.

Biden should visit at least one Southeast Asian country this year in addition to Japan and South Korea, Wendy Cutler, a former senior US trade official who is now vice president of the Asia Society Policy Institute, said in an email. “SE Asian countries are feeling more like an afterthought right now in the Biden team’s Asia policy,” Cutler said.

Biden has not overlooked the area, according to White House sources, who point out that the first two leaders he received at the White House were Japanese Prime Minister Yoshihide Suga and South Korean President Moon Jae-in.

Within two months of assuming office, he arranged a virtual meeting with leaders of the Quad group of countries — India, Australia, and Japan — to discuss the group’s goal of a “free and open Indo-Pacific.” Secretary of State Antony Blinken and Defense Secretary Lloyd Austin travelled to Japan and South Korea together early this year.

Read More: Biden administration will take a complete U-turn on China, Bernie Sanders will ensure it

A White House spokesperson said that a number of other officials, including White House national security adviser Jake Sullivan, Deputy Secretary of State Wendy Sherman, and Vice President Joe Biden’s Indo-Pacific coordinator Kurt Campbell, meet with their counterparts in the region on a regular basis. Sherman recently visited Southeast Asia on three occasions, including the ASEAN Secretariat. Biden is also likely to attend the G-20 leaders gathering in Rome in late October, where he will get the opportunity to meet with Chinese President Xi Jinping, India Prime Minister Narendra Modi, and Indonesian President Joko Widodo for the first time as president.

Biden has yet to speak with any of the ASEAN’s ten leaders, including Brunei, Cambodia, Indonesia, Laos, Malaysia, Myanmar, the Philippines, Singapore, Thailand, and Vietnam. The regional group has a combined population of 650 million people and a $2.8 trillion gross domestic GDP. Biden also promoted Sung Kim, a career diplomat, from ambassador to Indonesia to special envoy to North Korea, bringing the total number of empty US ambassador postings in the ASEAN area to seven, including the US mission to ASEAN.

Even if Trump’s action was popular with labour groups and many others on the left, the majority of the US corporate community and many members of Congress believe he made a huge mistake when he pulled out of the TPP.

Read More: Biden takes a massive U-turn on his China policy and goes back to the age old anti-Russia plan

In the short term, Biden is unlikely to rejoin the TPP, due to concerns about losing Democratic control of both the House and the Senate in the 2022 elections, which the 11 remaining countries have dubbed the Comprehensive and Progressive Agreement for Trans-Pacific Partnership. As a result of this caution, U.S. Trade Representative Katherine Tai has pursued a “worker-centric” trade agenda, focusing on enforcing existing trade agreements rather than negotiating new ones.

And While the United States takes a break from signing new trade deals, other countries continue to move forward. The Regional Comprehensive Economic Partnership, a less ambitious alternative to the CPTPP, was completed last year by China and 14 other nations in the region. Therefore, if Biden wishes to move to compete against China it needs its Asian partners on its side, but up until now, he has no plans to do so.