Kamala is trying to outfox Trump by racing to the southern border first. Basically more fodder for Trump’s speech 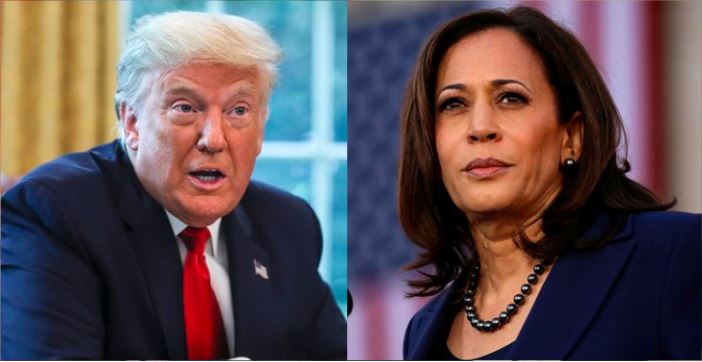 So, 92 days after being named to lead diplomatic efforts for curbing the ongoing migrant surge at the southern US border, Vice President Kamala Harris will actually visit the border. And mind it, Harris still wouldn’t have bothered to visit the border she is supposed to handle, if it wasn’t for Trump’s decision to visit the Southern border and witness first-hand the devastation caused by Biden and Harris’ liberal policies.

The US Vice President, who has been appointed as his border czar by President Joe Biden, will visit El Paso, Texas, on Friday. Symone Sanders, senior advisor of Vice President Kamala Harris confirmed the visit and said, “As a part of this ongoing work (on border crisis), the Vice President traveled to Guatemala and Mexico earlier this month and will travel to El Paso on Friday.”

Till now, Harris was being implored by GOP leaders like Arizona Attorney General Mark Brnovich to visit and see the migrant crisis in his state’s section of the US border. But Vice President Harris didn’t bother to even visit and see for herself what people were going through on the southern US border, even though she was tasked with handling the crisis.

Yet, immediately after it was announced that former US President Donald Trump would visit the border along with Texas Governor Greg Abbott, Kamala Harris changed tracks. She understood how Trump’s visit to the southern US border will draw largescale media attention and mount criticism on the Vice President’s shoddy management of the migrant crisis. So, Harris only had one option- race to the southern US border and reach there before Trump.

Trump himself has released a statement claiming that if he and Abbott “weren’t going there next week, she would have never gone!” Republican Senator Ted Cruz too spoke to Fox News about Harris’ visit to the border and said, “Suddenly President Trump is going to the border and they realized, ‘Oh crap, we got to do something.’”

White House Press Secretary Jen Psaki, of course, denied the insinuations made by Trump and Cruz. She told the reporters she had “said here from this podium — and [Harris] has also said — that, when it was the right time, [Harris] may go to visit the border.”

Well, Kamala and Psaki can deny it as much as they want, but the fact remains that before Trump announced his border visit, Vice President Harris really had no plans to visit the border. Remember, Vice President Harris was more obsessed with addressing the “root causes” of migration originating from Central American countries like El Salvador, Guatemala, Honduras and Mexico.

In fact, even during a friendly interview, she couldn’t handle questions about her border visit. All Kamala could do was laugh and say, “I, and I haven’t been to Europe. And I mean, I don’t — I don’t understand the point that you’re making.”

Reporter: "You haven't been to the border."

Harris: "And I haven't been to Europe…"pic.twitter.com/ugzm9PFvO1

By racing to the southern US border before Donald Trump, Kamala thinks that she will be able to avoid much of the embarrassment, she is bound to face at the hands of the former US President. This is what prompts Biden’s border czar, who never uttered a word about the migration surge, to visit El Paso in Texas. She is truly afraid of Donald Trump.

What Kamala Harris is going to do now is simply too little, too late. Trump has already entered the fray and now he will grill President Biden and his deputy, Vice President Kamala Harris over the migration crisis. With Harris’ opportunistic visit to El Paso, Trump also gets more fodder to corner the Biden administration.

Desperate for the Iran nuclear deal, the Biden administration may be sneakily removing sanctions on Iran