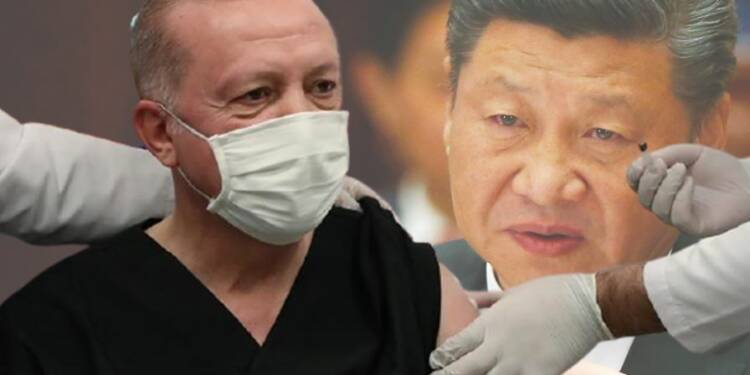 Vaccination implies good deterrence against the Covid-19, but only as long as the vaccines are not manufactured in China. Countries across the world are learning this the hard way and the Sinovac-buyer Turkey is no exception.

Turkey this week has announced that it will administer the third dose of the Covid vaccine to the front-line health workers and the population above 50. However, experts say that those who have received the Sinovac vaccine shot will be prioritized.

Alongside the Chinese vaccine, Ankara is also using the vaccines developed by Pfizer/BioNTech. But when the efficacy of different vaccines is compared, the Chinese option comes up way short. As Dr Jin Dongyan, a virologist at the University of Hong Kong, says “It is true that the Chinese vaccines are much less effective in preventing infection or transmission when compared to Pfizer and Moderna. There is no doubt about that.”

For the time being, Turkish officials are refusing to provide a third dose of the vaccine to the recipients of non-Chinese vaccines. “There is no need to give a third dose to those who have already been inoculated with the BioNTech jab,” Afşin Emre Korkmaz from the Health Ministry’s Science Board said. The statement effectively concludes that the third-dose vaccination campaign is being run only for those inoculated with the Chinese vaccine earlier.

On record, the Turkish government is letting people choose which vaccine they should be administered with, for their third dose. On ground, the officials are recommending Pfizer jabs. “It is up to people to choose between the Sinovac and BioNTech vaccines as their third dose. Those who had been given the Sinovac jab can get the BioNTech shot this time around,” Korkmaz said.

Long story short, Turkey has begun regretting the use of the Chinese vaccine but it still fears facing China’s wrath once it accepts it officially. The Chinese vaccine may have inflicted immense harm on the Turkish economy, but the Chinese Yuan still matters to the Turkish government which is seeking Chinese investments in development projects such as the Istanbul Canal.

Like the UAE, Turkey is now trying to revaccinate its Sinovac vaccinated public without coming out and directly speaking about its doubts on the Chinese vaccine. All in all a heavy blow for China’s global prestige

Turkish President Recep Tayyip Erdogan is hopeful of massive Chinese funding in his pet “Canal Istanbul” project connecting the Black Sea to the Sea of Marmara. The plan to build a canal parallel to Istanbul’s Bosporus is expected to cost $15 billion and without the Chinese Yuan, Erdogan’s political and Geo-political ambitions could soon hit the roadblock.

As Ankara faces tensions in its relations with the West and the Turkish economy suffers severely, the enhancement of its relations with China appears to be a significant option. For Ankara, China is a significant player in the international system, as it is the second-largest economy in the world and a key trading power that can help Turkey overcome its economic and technological gaps.

Cashing in on the immense influence enjoyed by China, it shoved its faulty vaccines down Turkey’s throat even when the experts sounded the alarm over their efficacy. Under Chinese pressure, Turkey managed to get its front-line workers jabbed with the SinoVac Vaccine in the early stages of the pandemic, only to inject them with better vaccines now.

Turkey is not alone in bearing the brunt of poorly manufactured Chinese vaccines. The same saga repeats itself in the countries like UAE, Seychelles and Indonesia; previously conned by China into its infamous vaccine trap.  More and more countries are now realizing the fact that Chinese medical products do more harm than good. China has therefore unleashed its vaccine trap on the world aimed at advancing its geopolitical and economic interests at the cost of millions of innocent lives.