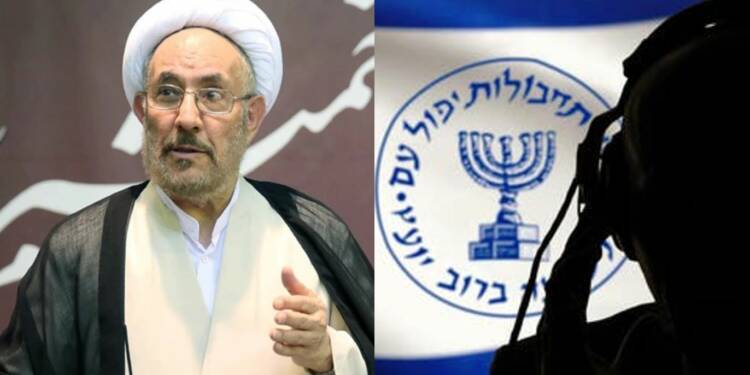 According to a former intelligence minister Ali Younesi, all Iranian officials are at risk of being assassinated by Mossad, Israel’s external intelligence agency.

In November last year, Iran’s top nuclear scientist Mohsen Fakhrizadeh, linked with its military nuclear programme was assassinated. His demise meant that Iran’s nuclear program suffered a huge setback. This, however, was not unprecedented, and Israel has been doing everything it can to thwart Iran’s efforts to develop the capability to produce and use nuclear weapons. And now with Iran’s former intelligence chief stating that radical Iranian officials are at risk of being killed, it has only increased the pressure on the state.

Ali Younesi, who served as Iran’s intelligence chief from December 2000 to August 2005 under reformist President Mohammad Khatami, criticised the country’s intelligence services for their failure.

Younesi was quoted in an interview published on Tuesday by the reformist Jamaran news website. Rivalries between the Intelligence Ministry, the Revolutionary Guards’ Intelligence Organization (IRGC), and other security services, he said, have resulted in flaws.

At least five Iranian scientists have been killed since 2010, the most recent being Mohsen Fakhrizdeh in November 2020. Several sabotage attacks on Iran’s nuclear programme have also occurred.

Former Mossad chief Yosef ‘Yossi’ Cohen stated that Israel was behind both the Fakhrizadeh death and the April 11 attack on the Natanz enrichment plant in an interview with Israel’s Channel 12 TV earlier this month.

Cohen compared the alleged theft of materials pertaining to Iran’s nuclear and missile programmes from Tehran to an espionage thriller in 2019. “In James Bond movies, one individual always saves the world at the last minute,” he explained.

“It’s groups of men and women in the Mossad,” including technical experts, safe-crackers, cyber spies, and others, who worked “to expose the lies of Iran’s leaders…[and] prove that Iran tried to develop a nuclear weapon,” according to the article. The seized documents, many of which Tehran claims are fraudulent, have not been subjected to independent review by Israel.

The 1962 disappearance of Heinz Krug, a German rocket scientist working with Egypt, the 1973 execution of Hussein al-Bashir, the PLO’s KGB liaison officer, and the 1981 Paris murder of Egyptian scientist Yehia el-Mashad are among the many killings alleged to Mossad.

Younesi did not cite any particular examples to back up his claim that Iranian intelligence was more concerned with internal risks than external threats. Former Iranian President Mahmoud Ahmadinejad reportedly claimed that his home had been bugged and that Israeli strikes on Iran’s nuclear programme and scientists were carried out under the radar of the key intelligence organisations while they were busy arresting the wrong individuals.

“Spy agencies can easily penetrate radical groups and organizations, because in these groups only radicalism matters,” Younesi said. “Spy agencies pick the right radicals from among their own ranks or elsewhere and make them infiltrate other intelligence agencies. The more radical they are, the quicker they get promoted and reach the top echelon of the intelligence agencies.”

Younesi proposed that Iran should remove sycophants and extremists who were most likely to be enticed by foreign intelligence organisations, claiming that all Israeli infiltration occurred after he left the intelligence ministry in 2005.

Israel has hit Iran and its key assets at least four times in the last two months. After Israel mined an Iranian commerce vessel, it was determined that the ship had been weaponized and was primarily used by the Iranian Revolutionary Guard Corps (IRGC). Then followed the strike on the Natanz nuclear complex, where Iran’s new and advanced centrifuges began functioning just hours before the site was struck by a blackout and electrical fault, delaying Iran’s nuclear programme by at least nine months.

Israel has also continued to sabotage Iran’s nuclear facilities as well. Israel has always lodged strong opposition to the US-Iran Nuclear deal, however with the US under President Joe Biden being adamant on renegotiating the deal, Israel has taken charge of foiling Iran’s nuclear advances itself.