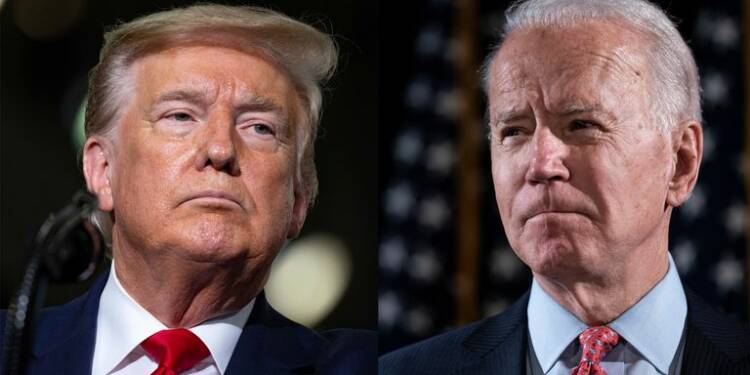 Joe Biden and his administration have accepted the fact that former President Donald Trump’s South China Policy was cent per cent correct, and right on point. It hurt China, while also legitimising the claims of Southeast Asian nations who are being bullied by the Chinese Communist Party. China bases its claims on the entirety of the South China Sea on some flimsy “historical claims”. Now, the Biden administration has decided to continue with Trump’s anti-China activism – in the South China Sea at least. Meanwhile, Secretary of State Antony Blinken has reaffirmed the US’ commitment to defend the Philippines’ armed forces from attack in the South China Sea.

Ahead of fifth anniversary of an international tribunal’s ruling in favour of the Philippines against China’s maritime claims around the Spratly Islands and neighbouring reefs and shoals, Secretary of State Antony Blinken released a written statement on behalf of the Biden administration, rejecting almost all of China’s maritime claims in the South China Sea. Interestingly, this rejection of China’s mindless claims was first done by President Donald Trump last year.

Ahead of the fourth anniversary of the ruling last year, the Trump administration came out in favour of the ruling and also said it regarded as illegitimate virtually all Chinese maritime claims in the South China Sea outside China’s internationally recognized waters. In his statement, Antony Blinken shas now said, “Nowhere is the rules-based maritime order under greater threat than in the South China Sea,” and accused China of continuing “to coerce and intimidate Southeast Asian coastal states, threatening freedom of navigation in this critical global throughway.”

The 2016 ruling by the Permanent Court of Arbitration at the Hague dismissed China’s claims to the South China Sea outright, while making clear that China was infringing on Philippine sovereignty through activities such as island-building in Manila’s exclusive economic zone (EEZ).

Referring to his predecessor Mike Pompeo’s statement, Blinken said, “The United States reaffirms its July 13, 2020 policy regarding maritime claims in the South China Sea.” Prior to Pompeo’s statement, U.S. policy had been to insist that maritime disputes between China and its smaller neighbours be resolved peacefully through U.N.-backed arbitration. So, it was actually Donald Trump who decided to officially dismantle and reject brazen Chinese claims over the South China Sea.

Now, the Biden administration has decided to continue with Trump’s policy – which speaks volumes about how Joe Biden has accepted that his predecessor’s policy viz., China was impeccable and is worthy to be followed in letter and in spirit. Meanwhile, the Biden administration has also committed itself to the 1951 U.S.-Philippines Mutual Defense Treaty, and has vowed to launch a military offensive against China if it decides to attack the Philippines and its armed forces.

Antony Blinken said the U.S. will come to the Philippines’ aid if China attacks its aircrafts or ships. Blinken said that such an attack “would invoke U.S. mutual defense commitments under Article IV of the 1951 US-Philippines Mutual Defense Treaty.”

Despite the fact that the Philippines and United States’ relations are strained, that the Biden administration has come out to publicly stand by Manila is a glowing testimony to the fact that Joe Biden is atoning for the sins of his mentor Barack Obama – who made a mess out of the Scarborough Shoal dispute in 2012. At the time, Chinese and Filipino vessels were locked in a tense stand-off in the Scarborough Shoal in the South China Sea.

The said geographical feature was being illegally claimed by Beijing, at which point the Obama administration intervened and brokered an agreement for both the Chinese and Filipino vessels to withdraw from the disputed feature.

Anyhow, Filipino ships withdrew following the Obama brokered agreement but the Chinese vessels stayed put and even today, the Communist nation holds de facto control of Scarborough Shoal. It was after this incident that an emboldened China emerged, leading to it claiming with enhanced vigour the entire South China Sea – through which a trade volume of $5 trillion passes annually.

Read more: China deceived Obama at Scarborough Shoal. Now, it is testing Biden with a scuffle and a smokescreen at Whitsun Reef

So, the onus now falls on Obama’s protégé – Joe Biden to fix the South China Sea problem, using whatever means necessary. Despite trying to carve a path independent of the Trump administration, Biden has been forced to follow his Republican predecessor’s lead in the Indo Pacific. Earlier, Biden had tried to compromise Quad and its primary mandate, which was to keep China in check.

Growing international pressure to take on China, and the refusal of other Quad members – like Australia, Japan and India to take the foot off the anti-China accelerator has forced Joe Biden and his administration to fall in line and begin challenging China across the Indo Pacific, especially in the South China Sea.

Late last month, the US State Department had approved the sale of F-16 fighter jets, as well as Sidewinder and Harpoon missiles, to the Philippines in three separate deals worth more than $2.5 billion. The F-16 and the SAAB Abs (SAABb.ST) Gripen are being considered by the Philippines for a new multi-role fighter jet. This was among the first moves which Biden made to begin consolidating the U.S.’ position in Southeast Asia once again. The approval also came in the backdrop of reports suggesting that Russia could be providing its stealth Su-57 fighter jets to Southeast Asian nations like the Philippines, Vietnam, Malaysia, Indonesia and Myanmar.

In face of the unprecedented aggression being mounted by China across the Indo Pacific, the Biden administration has realised that not following Trump’s policy on China can be suicidal both domestically, as well as catastrophic in geopolitical terms for the United States.