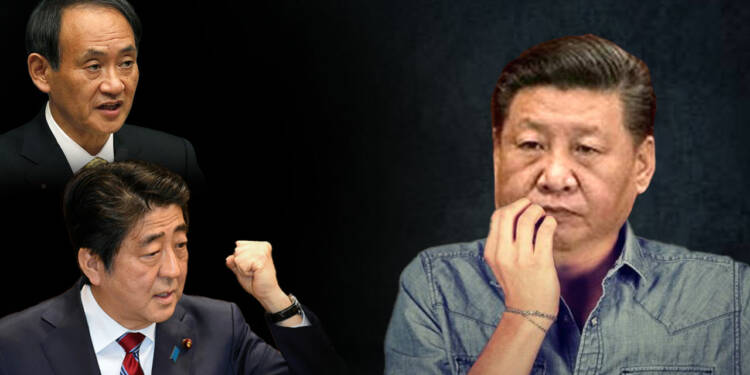 The relations between China and Japan may be strained at the government level, but due to the increased interaction among the people of the two countries, there has been a lot of sympathy among these people. However, as Xi Jinping tries to ensure CCP’s expansion, a population that is sympathetic to the Japanese people will only hinder the future military and accompanying actions. Therefore, by using its control over the Chinese social media and ability to influence the algorithms, Xi Jinping is making sure to nullify these threats in these Olympics.

Anti-Japanese sentiments have been on the rise on Chinese social media platforms, particularly on the microblogging site Weibo, when athletes from the two countries compete in a variety of high-profile disciplines such as table tennis, gymnastics, and badminton. The series of attacks first started on Weibo when the Japanese mixed doubles pair Jun Mizutani and Mima Ito clinched gold on Monday by defeating Chinese stars Xu Xin and Liu Shiwen in table tennis. Weibo users have blasted derogatory remarks at Japanese athletes, accusing them of cheating their way to victory. The online insults and abuse immediately spread to the social media accounts of the Japanese players. Mizutani claimed in a now-deleted tweet that he had received threats from “fans from a particular country,” while Ito’s Weibo account was inundated with disparaging remarks regarding her abilities and appearance.

While the early criticism and anger can be attributed to the natural sports fan reaction, but all of this later galvanised into absolute xenophobia, which can only happen with an impetus from parties that are going to profit from the development of permanent animosity among the people of the two countries. And as stated earlier, currently it is the CCP and Xi Jinping who stand to gain the most out of such development.

However, what began as online abuse directed at the Japanese players and the match’s referee by enraged Chinese supporters has expanded. It’s no longer personal, as Chinese nationalists have joined the chorus of boos directed against Japan on the internet, with many disparaging the Japanese culture and its people.

“After days of watching the Olympics, I haven’t seen any Olympic spirit. Instead, my anti-Japanese spirit has been evoked,” one user commented under a post which was made by the Chinese gymnast Xiao Ruoteng who lost to Japan’s Dakai Hashimoto. “The small, petty, barbarous country can never be compared to our great nation with 5,000 years of history,” wrote another.

Earlier TFI had reported about many Chinese citizens appearing to be concerned that the governing party’s aggressive and confrontational stance toward Hong Kong and Taiwan, as well as in the South and East China seas, is posing a severe threat to the country’s neighbours, especially Japan. They had also expressed concern that Beijing’s alleged intellectual property theft and human rights violations in Xinjiang, may even drive more Japanese companies out of the Chinese market.

Read more: Bad relations with Japan is making the Chinese people disown CCP and its policies and discontent is soaring

According to a survey conducted between September and October of last year, 45.2% of Chinese had a ‘favourable’ opinion of Japan. Since comparison data became available in 2005, this was the second-highest proportion. The most common reason for the positive attitude by Chinese people toward Japan was because Japanese are ‘polite’ and they ‘put emphasis on manners’ with ‘high cultural standards, the organization said.

This is not something that Xi Jinping would like to hear. These kinds of brotherly and cordial sentiments concerning Japan may lead his future expansionist plans to fail as his people might not support the actions of the authoritarian leader. Therefore, for him and the CCP, it becomes pertinent to create some sort of animosity among the people of the two countries. And he has realised that the current anger of the Chinese people over the Japanese Olympics can be utilized to create a larger narrative of xenophobia against Japanese people.

The report mentions that the narrative turned away from personal attacks on Japanese players to becoming entirely focused on amplifying anti-Japan sentiments as soon as several Chinese nationalists started joining the conversation. And given these details, the involvement of CCP’s 50 cent party cannot be denied. 50 Cent Party, 50 Cent Army and wumao are terms for Internet commentators who are hired by the authorities of the People’s Republic of China to manipulate public opinion and disseminate disinformation to the benefit of the governing Chinese Communist Party.

Xi Jinping in his paranoia is contemplating largescale expansionist dreams, which is no longer hidden from anyone. However, a population that is highly sympathetic towards Japan may hinder his designs going ahead. Given the possibility, he and his courtiers are trying to utilise the anger of the losses in the Olympic games to increase the xenophobia within the country and decrease the sympathetic views regarding Japan and its people.