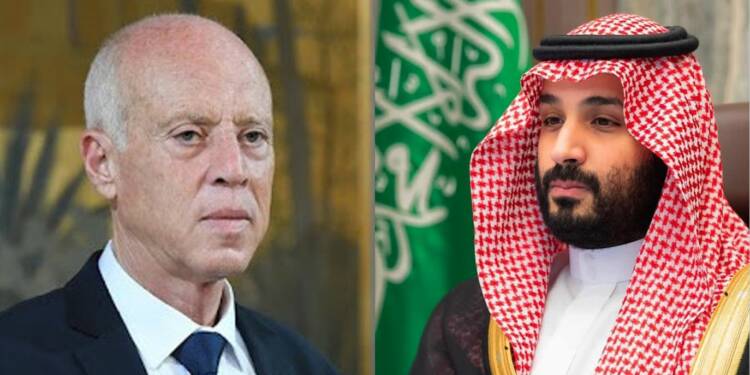 Tunisia, the sole success story of the Arab Spring uprising, is engulfed in a political crisis for over a week now. On Sunday, July 25, Tunisian president Kais Saied invoked emergency powers, fired the prime minister, and suspended parliament for 30 days. Saied declared that he would govern alongside a new prime minister.

The move invited harsh criticism from regional players like Turkey which expressed deep concerns over the suspension of the parliament. “Protecting the democratic gains and the unique position of Tunisia, which is an exemplary success story in terms of the democratic process in line with the expectations of the region’s people, is not only vital for Tunisia, but also for the region,” the Turkish foreign ministry said in a written statement.

However, the response from the Arab states was worth noting. Newspapers, television commentators and social media influencers in Saudi Arabia, the UAE and Egypt hailed Saied’s move as the triumph of the popular will over Ennahda, the moderate Islamist political party of Tunisia. Just five days after the ouster of the Prime Minister, Saudi Foreign Minister Prince Faisal Bin Farhan embarked upon an immediate visit to the country and met with his Tunisian counterpart.

Read More: The beginning of the end of the Muslim Brotherhood is here

“The kingdom respects the decisions taken by the president of the republic and everything related to Tunisian internal affairs and considers it a sovereign matter,” a statement issued by the diplomat said.

The foreign minister also called on the international community to support Tunisia’s efforts amid the current difficult economic and health circumstances. He stressed his country’s faith in the Tunisian leadership’s ability to overcome these challenges in order to achieve prosperity and decent living conditions for the Tunisian people.

Not just that, some significant developments before the ouster of the PM indicate that the Saudi-led Arab world could be deeply embroiled in setting the stage for such a bold move by the President. Just two weeks prior to the Prime Minister’s suspension, an exalted President announced that Saudi Arabia’s Mohammad Bin Salman has pledged to send vaccines and whatever medical equipment that Tunisia desperately needed.

“The boat is sinking,” announced the country’s health ministry spokesperson Nisaf Ben Alaya, after which Saudi Arabia and the UAE sprang into action and announced a slew of measures for the pandemic-ridden nation.

Surely, the Arab spring legacy poses a clear challenge to the Arab states. Ousting of the Muslim Brotherhood regime in Tunisia is obviously a moment of joy for the Arab states. The way how Saudi Arabia led the Arab world has thrown its weight behind the Tunisian president amid the ongoing crisis speaks volumes of the fact that the crisis in Tunisia has provided a fortune moment to the Arabs to contain the rise of the Ennahda party of Tunisia.

Saudis, Emiratis and Egyptians, along with Tunisian local opposition, for long, have accused the Ennahda party of abetting terrorism in the region and having direct links to the transnational Muslim Brotherhood, which Saudi and the UAE consider a terrorist organisation. The Arab countries often dub “political Islam” as a tool for Muslim Brotherhood to propel terrorism in the region and consider it an existential threat to their peace and prosperity.

Interestingly, Tunisia is going through the same phase that Egypt witnessed back in 2013. The Muslim Brotherhood performed well in the polls, political Islam was on the rise and then came a military coup that immediately won the support from Saudis and the UAE. The media response to the Egyptian coup was starkly similar to the coverage that is being bestowed to the Tunisian political crisis.

Now, as a political crisis mounts in Tunisia, the anti-Muslim Brotherhood campaign has regained momentum in Egyptian politics. According to the Middle East Monitor, the Egyptian government has started implementing a law stipulating the dismissal of Muslim Brotherhood members from public and private positions.

The Brotherhood is considered a terrorist organization by the governments of Bahrain, Egypt, Russia, Syria, Saudi Arabia and the United Arab Emirates. As reported by TFI recently, Austria became the first European country to officially outlaw the Muslim Brotherhood’s operations. This goes on to show an increasingly tougher stance against the growing phenomena of political Islam. Given Saudi Arabia’s vested interests in the ongoing political scenario, it won’t be an exaggeration to say that the Tunisian political crisis and anti-Ennahda movement has Mohammad Bin Salman’s name written all over it.

As the entire country turns against its Supreme Leader, Khamenei resorts to appeasing people