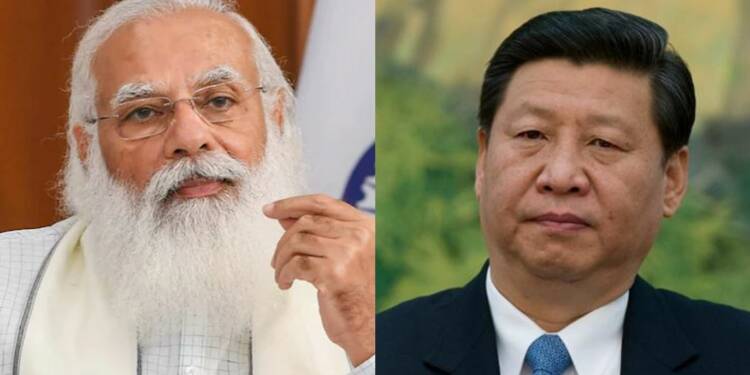 Mad dictators often end up destroying the countries they rule. And the latest example has to be the President of the People’s Republic of China, Xi Jinping. China presently holds a near-monopoly in the global steel sector and produces 51.3% of the world’s steel, which gives Beijing a strategic advantage as steel is an underrated alloy used in almost everything from cutlery to aircrafts, tankers, and surgical instruments.

China is the world leader in the strategic sector, which is bad news for almost everyone. However, there is a piece of good news too. Xi is all set to give away China’s near monopoly in the steel sector and unwittingly allow India to become the world’s largest steel powerhouse. Xi’s trade war with Australia is ensuring that India replaces China as the biggest steel manufacturer in the world.

China’s steel mills are presently well-placed with a production of over 1000 million tonnes of steel last year. However, everything has changed after the outbreak of the Coronavirus Pandemic and the rift in the Sino-Australia relationship.

China used to import most of its iron ore and coal from Australia. These two resources are the main raw materials in steel manufacturing. However, Jinping wanted to punish Australia by imposing punitive tariffs and unofficial bans on Australian iron ore and coal. He managed to impose an unofficial ban on coal, but couldn’t target Australian iron ore because of the increasing demand for the raw material in Chinese steel mills.

The real reason why Xi is curtailing steel production is Australia. He wants to put Chinese steel mills out of business so that China doesn’t have to import Australian iron ore. Xi, being the mad dictator that he is, can go to the extent of throwing Chinese steelmakers into destitution and giving up a near-monopoly in a crucial global sector only for winning an ego war with Australia.

Once China topples its own steel manufacturing industry, all net exporters of the strategic alloy will benefit from the huge vacuum that Beijing will create. India will be the best contender to replace China in such a situation.

Let’s talk numbers; India is the second biggest steel manufacturer in the world, next only to China, though the difference is huge. China produced 1,064.8 million tonnes of steel last year compared to India’s 100.3 million tonnes. India also has a strong steel manufacturing industry in place, with an adequate supply of raw materials like iron ore and coal. Also, India doesn’t have any tussles with Australia unlike China and actually shares an increasingly cordial relationship with Canberra.

Also, once China stops buying Australian iron ore due to an artificial slowdown in steel production, India can benefit from its close relationship with Australia and secure sufficient supplies of the raw material from down under. This will help both India and Australia in diverting supply chains away from China and ensuring that trade of strategic resources is brought in line with geopolitical objectives.