Saudi Arabia is all set to deport 800,000 Yeminis from its soil, and the repercussions could be disastrous for Iran and Houthis 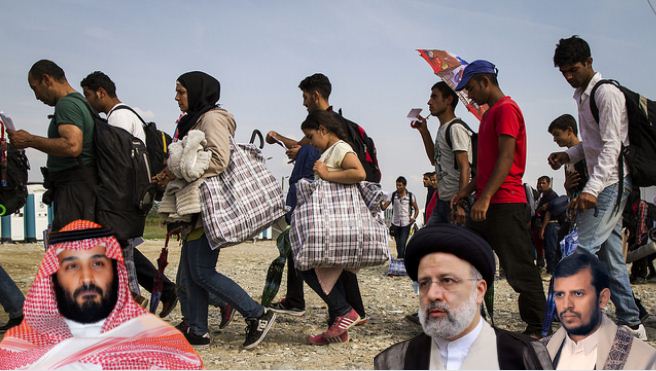 It was in 2011 that the Arab Spring uprising had forced Yemen’s longtime authoritarian president, Ali Abdullah Saleh, to handover the power to his deputy, Abdrabbuh Mansour Hadi. The move was supposed to bring stability in the country; instead, it further plunged the country into chaos that eventuated into a civil war. Abdrabbuh Hadi was an extremely weak president that provided a fortune moment to the Houthis to launch a series of rebellion against the new government.

In 2014 and early 2015, the rebels finally took over the capital city of Sanaa that set the alarm bells ringing in Riyadh and other Arab states. Saudi Arabia along with 8 Arab nations launched an air campaign against the Houthis, with the tacit approval from the US, the UK and France. The ongoing fighting has claimed more than 100,000 lives since then. Thousands more have died out of preventable causes, including poor health, malnutrition and poverty.

However, Saudi Arabia has now had enough of the catastrophe in its backyard as now it seems determined to bring an end to this, what seems to be an unending war.  It is revealed that Saudi Arabia could be mulling to deport around 800,000 Yeminis living in Saudi Arabia back to their homeland.

Read More: Is Britain secretly helping the Saudis in their war against the Houthis in Yemen?

Leaked documents show that Saudi authorities have “requested” the local employers in the Southern governorates to lay off their Yemini employees. The business owners in the southern governorates of Jazan, Aseer, Al-Baha and Najran have been asked to “transfer their existing Yemeni workers to other branches outside these provinces, or employ them in other companies.”

Yemen is engulfed in a civil war for over a decade and the move by the Saudi authorities could further aggravate the woes being suffered by the poor Yeminis. Such a move will add to the terrible situations that Yeminis face in their country. The wages of the Yeminis help their families back in Yemen, and their deportation will add a new burden to the global efforts of helping Yemen standing on its own feet.

However, there is more to this than what meets the eyes. The move by Saudi could further irate the Yeminis against the Iranian influence in the country, that may help the Arabs achieve what they have been striving for since the war began against the Houthis. The move would further weaken the Yemeni economy that will instigate Yeminis to go all guns blazing after the Houthis and Iranians operating from their soil.

Read More: Israel may have joined the Arabs in the Yemen war against Iran-backed Houthis to bring the war to a swift decisive end

The Houthis in Yemen enjoy a significant support from the country’s Sunni populace and that is what the Saudis are aiming to rein in. Saudi is thus, pinning its hope over its newfound ‘carrot and stick’ approach on the Yemen crisis to end the conflict that poses a grave security threat to the Arab state’s security.

The other reason for Saudis to take such a stringent action against Yeminis could be their attempt to alienate those Yeminis suspected of working for Houthis while being employed by the Saudi masters in the country’s southern region.

The six years of war has proven to be a costly affair for the Arabs and their allies. The United Arab Emirates has already withdrawn from the war in 2019. Moreover, the Saudis are now engaged with their Iranian counterparts to work out a plan that both parties can agree to.

Saudi Arabia fears that a new and a more radical regime in Iran could further plunge the region into instability and crisis. Pentagon also revealed on Tuesday that Tehran has been sending increasingly complex weapons to Yemen’s Houthi rebels even as Iranian officials have engaged in separate talks with the United States and Saudi Arabia about reducing tensions in the region.

Thus, further worsening the Yemen crisis seems to be the last resort for Saudi Arabia to free the country from the clutches of Iran and the militias overtly backed by it.