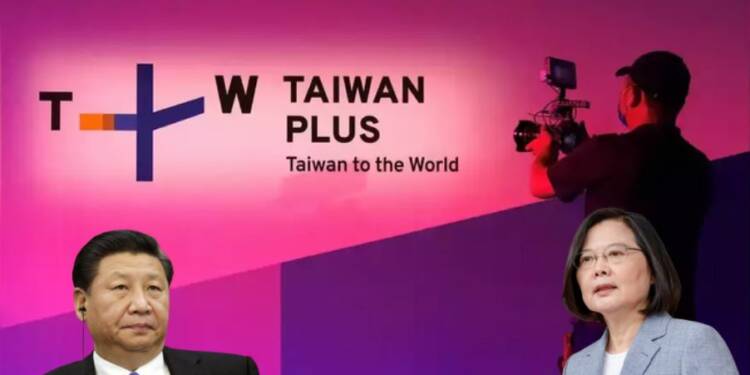 Taiwan has taken the onus of puncturing Chinese propaganda upon itself. The good old days of the Chinese Communist Party setting the narrative vis-à-vis Taiwan are now over. Taipei is now beginning to counter the “Chinese squeeze”, and the world will soon begin realising what they have been told about Taiwan, its people, its culture and its China-linked history is simply a load of bunkum. Taiwan Plus (Taiwan+), a new government-funded English-language content platform launched on Monday, is a window through which the world will be able to discover Taiwan, President Tsai Ing-wen said during the service’s launch party.

According to Reuters, Taiwan Plus, backed by T$775 million ($28 million) in government funding, will broadcast content online focusing on news, as well as features about Taiwan, from food and tourism to culture and technology. This will tremendously help Taiwan build an international standing for itself, as an entity, which is separate from the Peoples Republic of China (PRC). The CCP is currently employing every tactic in the book to classify Taiwan as one of its estranged provinces, which Beijing holds all rights over. An international media offering, which tells Taiwan’s side of the story is a big blow to China’s dreams of annexing the island nation.

When seen in the larger global news media context, one notices how China has negligible presence. China has no reliable international media outlet which people from around the world can rely on for original, unadulterated news and content. However, Taiwan now does, and Taiwan Plus will tremendously benefit Taipei’s cause of dissociating from China. Of course, China has CGTN and Global Times in its armoury, but close to nobody outside China trusts these CCP news outlets.

Taiwan’s national news agency, Central News Agency (CNA), has been tasked with overseeing Taiwan Plus project. Most importantly, Taiwan Plus is a platform intended to serve as the country’s first video streaming platform for an English-speaking audience around the world.

Only recently, a meme game called ‘PopXi’ developed in Taiwan had taken the global internet by storm. The game places Chinese president Xi Jinping in Tiananmen Square. When clicked, he transforms into Winnie the Pooh and says, “We reminisce about them.” Interestingly, many Chinese people also played the game. The fact that Chinese people are also clicking and popularising the meme only goes on to show the extent to which resentment against Xi Jinping has reached in the mainland too.

TFI had also reported in August how Taiwan successfully destroyed China’s Covid-19 vaccine blockade. Taiwan dealt a fatal blow to China’s devious plans, by rolling out a domestic vaccine against Covid-19, developed by Medigen Vaccine Biologics Corp. Taiwan is, therefore, getting independent, and is finding indigenous solutions to seemingly gigantic problems. China, meanwhile, can do nothing but sob in a corner for receiving back-to-back humiliations at the hands of Taiwan.