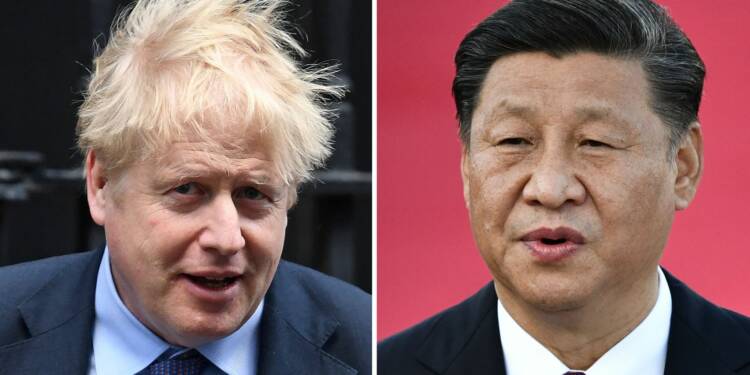 The western civilisation as a whole has produced and practised the free market system, the open lanes for sea transportation, and the WTO an institution for the promotion and propagation of fair practices in trade and commerce. However, China has realised its loopholes and has been making use of them to fool the West and gain maximum profits. This time, it is the United Kingdom that has realised how China is taking over its high-tech and future-tech chip industry, however, very late.

Nexperia purchased Newport Wafer Fab, a Welsh business, two weeks ago. This was previously part of the Dutch conglomerate Philips, but it is currently owned by Chinese investors, one of whom is a government entity. A “fab” is a computer chip manufacturing plant or factory, and the technology it generates is groundbreaking and highly coveted, with significant geopolitical ramifications. The fact that these important firms have been acquired by Chinese investors, one of which is a Chinese government entity, UK has realised a major security lapse very late.

According to Dr Andy Sellars of the Compound Semiconductor Applications Catapult, commercial success requires three things to be close together: researchers, chip design teams, and fabs, and Britain possesses all three. Depending on how you count them, the United Kingdom has 15 to 20 fabs. This is known as “deep tech,” as opposed to the gimmicks and novelties that pique the interest of many venture capitalists and ministers, such as food delivery and blockchain start-ups, and deep tech is far more challenging. In five years, the market may be valued at more than $40 billion (£29 billion).

As China has targeted semiconductors as a crucial technology for the future economy, the semiconductor industry has gained geopolitical clout. The industry already produces a trillion chips every year, but as computers are integrated into more and more products, that number is likely to rapidly climb. Global shortages of computer chips have caused significant delays for carmakers in the UK and elsewhere this year.

Read more: Boris Johnson Govt had cleared the purchase of a UK-based chip manufacturing company to China but he was forced to stop.

The late security concern over the Newport sale, according to Rupert Baines (formerly chief executive of the British chip company UltraSoc) is emblematic of a disengaged Westminster. “The political class doesn’t care about our chip industry – then suddenly it cares – but not for long enough to do the work.” TFI had also reported, that if the Wingtech group are allowed to move through with the purchase unhindered by the Boris administration, it might prove to be detrimental to the efforts previously made by the USA’s former Trump administration in order to choke China’s crucial supply chains.

Because of its unpredictability, the United Kingdom has been left vulnerable to its opponents following Brexit. China’s campaign against the concept of “Global Britain” has increased in recent months. Boris Johnson is surrendering to Jinping’s diktats profusely without the EU’s support or Trump’s backing.

Johnson must overcome his fears and confront China head-on if he is to steer his country away from China’s growing grip. While realisation has kicked in really late to undo the entry of China into the UK’s semiconductor industry. This must serve as an example of how catastrophic can be a little leniency and Boris Johnson must take heed of it.