As predicted by TFI, Russia and US come together on cyber security and their target is China 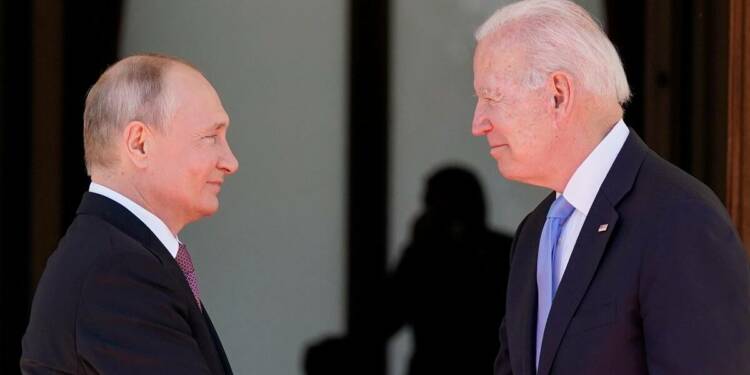 Chinese President Xi Jinping’s actions are pushing Beijing into deep trouble. In fact, his cyber warfare activities are bringing the US and Russia on the same page. Frequent cyberattacks by China’s “hacker army” are targeting computer resources in different parts of the world. Russia and the US are no exception. Therefore,  despite their historically acrimonious relationship, Washington and Moscow are now ready to cooperate against China in the cybersecurity sector. And this might just be a start of a greater alliance against China.

Russian Foreign Minister Sergei Lavrov disclosed that Russia and the US are preparing contacts on cybersecurity. Lavrov’s remarks also revealed how Russia and the US might look to bury the hatchet as they decide to take on their common enemy- China.

Lavrov said, “The Geneva summit [between Russian and US Presidents Vladimir Putin and Joe Biden] discussed the need in broad outline to establish a dialogue on cybersecurity after all.”

Notably, we at TFIGlobal had reported that just a day before the Biden-Putin Summit, a US-based media outlet Cyberscoop published a report which mentioned that the Russian government agencies were allegedly hacked by Chinese hackers.

It was reported that Chinese hackers targeted Russian federal authorities, in an apparent attempt to steal confidential information from the Russian systems.

TFIGlobal had then observed that the timing of the report was crucial as it suggested the Biden administration’s desire to discuss cyber security with Russia in the context of the common threat posed by the Chinese “hacker army”.

Lavrov added, “This is yet another issue, which Washington refused to discuss with us for several years, including an official statement by President Putin that was devoted to initiatives in the Russian-US relations on ensuring a transparent, trustworthy and fact-based dialogue on cybersecurity.”

What the Russian Foreign Minister has said suggests that the US-Russia relationship has moved beyond hostile rhetoric when it comes to cybersecurity. Earlier, Biden used to blame Russia for every single cyberattack on American systems. However, Biden now realises that Russia isn’t really as big a threat to the US and it is China that needs to be handled properly, even if it means that the US President has to cooperate with his Russian counterpart Vladimir Putin. Common sense has prevailed, better late than never.

In fact, changing American behaviour was also visible when the US, NATO and the European Union blamed China and not Russia for a cyberattack on Microsoft Exchange servers.

The Russian Foreign Minister also said, “Such contacts on this issue (of cybersecurity) are now being prepared and that is why there are grounds to believe that we will slightly reduce tension on the international scene in some directions.”

Lavrov did not directly name China while talking about the easing of tensions “in some directions”. However, reduction of tensions between Moscow and Washington is more or less likely to get related to common concerns against China.

Both Russia and the US, for example, remain concerned about the expansionist nature of Chinese President Xi Jinping’s Belt and Road Initiative (BRI). China is eating into Russia’s sphere of influence in Central Asia and Eastern Europe with the BRI, whereas the US remains concerned about China’s attempts to create debt traps in strategically located countries.

Similarly, both the US and Russia are victims of China’s reverse engineering industry and a clear propensity to steal defence designs.

Moreover, Russia and the US also share common geopolitical interests against China. Both the US and Russia have Arctic coasts and naturally aspire to make the most of the economic opportunities that will be created by the melting polar ice caps in the Arctic. However, China claims that it is a “near-Arctic state” and wants to exploit the melting region.

Therefore, the US and Russia can also come together to cooperate in the Arctic against China.

As the US explores more and more options to cooperate with Russia against China, there will be a remarkable reduction in tensions between Washington and Moscow. Rather than fighting between themselves, it makes sense for Putin and Biden to come together and take on the bigger common threat posed by Xi Jinping.

The proposed rapprochement and reset in US-Russia ties don’t really postulate a friendship between the two countries that operate as two completely different systems. Also, the Cold War history between the US and Russia is such that it is very difficult for both Washington and Moscow to accept each other as friends.

However, there is a visible mutual understanding that Russia and the US can undermine their differences and coordinate as partners, at least till the time they rein in the common threat posed by growing Chinese belligerence.

Lavrov too said that the efforts to establish a dialogue in particular spheres don’t cancel the fact that the US is trying to deter Russia. And what the Russian Foreign Minister said actually makes sense. It is unfair to expect that the US President and the Russian President will be able to trust each other. However, there is one thing that both of them can bank upon and that is the common hatred for China.