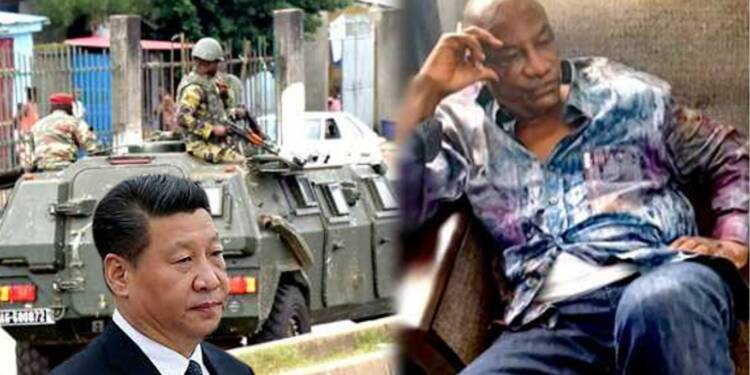 Chinese President Xi Jinping is facing some major hurdles in his Africa domination dreams. He has faced two major setbacks in West Africa – the first one in Mali, where two coups in August 2020 and May 2021 uprooted a pro-China regime with a pro-Russia political establishment. And now, China has also lost a favourable President in Guinea in a sudden coup.

Why Guinea is important for China?

Guinea is important for both China and the world. China has made several strategically important investments in the country and has also placed great reliance on the West African nation’s vast natural resources and minerals.

For China, Guinea’s bauxite reserves are a matter of necessity. China has a huge aluminium manufacturing industry. In fact, it is the biggest producer of aluminium in the world and produced 37.08 million tonnes of the crucial alloy last year which is used in a variety of finished goods like cars and drinking cans.

Since aluminium cannot be produced without bauxite, China imports millions of tonnes of bauxite every year. Moreover, Guinea is China’s only big destination for importing bauxite.

Indonesia has restricted raw material exports to other countries and Australia, the biggest bauxite producer in the world, is presently engaged in a diplomatic rift with China. Either Canberra will refuse to bail out China’s aluminium industry or it will mount even more pressure on China by selling the critical ore at exorbitantly high prices.

And then, Bauxite isn’t the only issue. Chinese President Xi Jinping is engaged in an acrimonious tussle with Australia. He wants to punish Australia by imposing tariffs on Australian iron ore. However, Chinese steel mills are piling a lot of pressure on Xi against any such move.

The Chinese steel mills are highly dependent on Australian iron ore due to which Xi cannot impose a sweeping ban on its import from down under. So, Xi was looking at Simandou hills as an alternative to Australia.

Simandou hills is a landlocked region and exporting iron ore from here would need a 650-kilometre railroad and a deep-water port at Matakong. However, China has been building Belt and Road projects all over the world. So, Xi would have had no problem connecting the landlocked region with a railroad.

Moreover, Xi could have easily debt trapped Guinea in order to take control of the iron reserves in Simandou hills. In fact, the Chinese President would have loved to loot Guinea’s mineral wealth by laying down numerous debt traps in the impoverished country.

The coup in Guinea has cut short most of China’s hopes. The special forces in Guinea have presently detained Alpha Condé, the longest-serving President of the West African nation.

China has criticised Condé’s detention and has also opposed the coup. Last year, China had even backed President Alpha Condé, after he faced allegations of fraud from the opposition during polls upon his re-election.

It is not as if China is looking to protest against an illegal coup. Condé is no democratic leader either and he had stayed in power despite completing the term limits in Guinea’s Constitution.

We don’t know if the new regime that comes to power in Guinea will maintain friendly ties with Beijing. But one thing is for sure – Condé was China’s friend, and his regime has been overthrown.

China is bound to get more worried as bauxite prices are already going up because of the uncertainty created by the sudden coup in Guinea. Now, if Guinea descends into violence or the new regime in the country develops cold feet towards Beijing, China’s mining interests in Guinea will suffer terribly.

The sudden turn of events in Guinea is bound to affect the entire world, but China will clearly be the biggest loser.