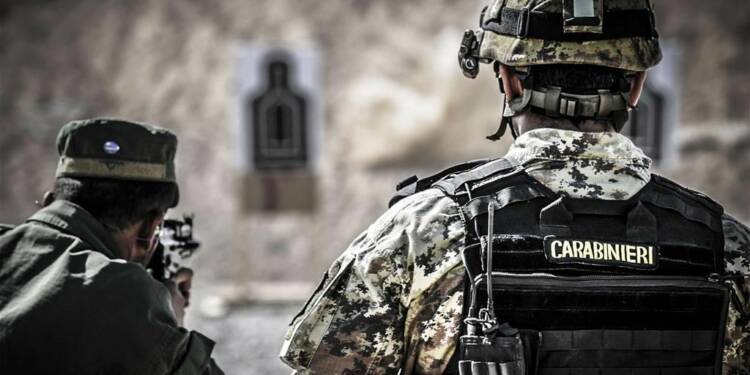 The sudden and botched-up US withdrawal from Afghanistan is one of the most shocking events in recent times. There were some major takeaways for the world at large:

However, there is one force that didn’t simply run out of Afghanistan to let the wartorn nation fend for itself. We are talking about Italy’s Carabinieri, who stayed in Afghanistan during the entire process of evacuation and helped rescue many Afghans, Italians and citizens of allied countries.

The Afghanistan evacuation was a difficult job, so Rome had sent some of its best soldiers and Carabinieri for the purpose. Carabinieri is not purely a military force, rather a hybrid force designed to meet the emergency situations created by complex conflicts like the one created in Afghanistan that falls short of all-out war but can definitely not be characterised as peaceful.

Brigadier General Stefano Iasson said, “We were in Afghanistan from Day 1.” The General added, “And when it was decided the allied forces would leave, it was clear that we’d help with the evacuation as well.”

Iasson commands the Carabinieri’s 2nd Mobile Brigade, which is an elite unit of the hybrid force and is routinely deployed by the Italian government in conflict-ridden locations like Tripoli, Mogadishu, and Beirut. The 2nd Mobile Brigade is also deployed to guard Italian Embassies in terror-infested cities like Islamabad.

So, you can guess why the 2nd Mobile Brigade was chosen by Rome for Afghanistan. And the Carabinieri didn’t disappoint. By the time, the last Italian contingent left the Hamid Karzai International Airport in Kabul, the Italians had rescued 5,000 Afghans apart from their own citizens.

Italy rescued the highest number of Afghans for any EU member state. The most powerful EU countries- France and Germany, on the other hand, rescued only 2,600 and 4,100 Afghans. At the end of the day, Paris and Berlin were hardly concerned about Afghanistan just like the United States.

The US itself rescued 31,000 Afghans, but that was primarily due to the many contacts and connections that it had built with the locals during the 20-year war against Afghanistan. In any case, the US was supposed to evacuate an estimated 88,000 Afghans including those who worked against the Taliban and supported the US military or other agencies in Afghanistan.

A military superpower like the United States had no clear plans for identifying and rescuing Afghans. At least, the chaotic scenes at the Hamid Karzai International Airport proved a clear lack of strategy on the Pentagon’s part. However, the Carabinieri were able to identify and rescue Afghans with virtually no use of force.

Brigadier General Stefano Iasson said, “They went out around in the areas outside the airport, including outside Abbey Gate, to find these people, including children and old women.”

Iasson added, “The reason they were able to find so many is in this state of general confusion was that they had worked out a scheme. Those needing to be evacuated had been instructed by us to dress in a certain way so we could recognize them, and the Carabinieri communicated with them using Whatsapp, and found their locations via Google Maps. It was a simple and creative method. But the Carabinieri doing this were extremely skilled.”

Notably, many of the young Carabinieri troops carrying out rescue operations in Afghanistan were on their sixth deployment in Afghanistan, yet the level of calm and composure shows how Italy has been able to raise a hybrid force capable of leading complex security situations. Going ahead, the world needs many more Carabinieri-like hybrid forces capable of managing and mitigating humanitarian disasters like the one that unfolded in Afghanistan.