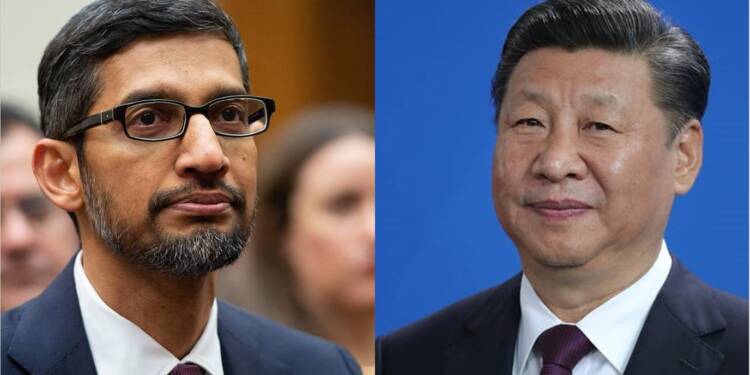 Big Techs as well as other big businesses are ethical; this statement in itself is an oxymoron and the latest revelations regarding how Google colluded with the CCP last year has proven it again. According to the “Hong Kong Free Press”, Google supplied certain user data to the Hong Kong government last year despite agreeing not to execute such data requests from authorities. In response to three of the 43 requests it got from Hong Kong’s government, the business said it “produced some data.” Two of the requests were human trafficking investigations and included search warrants, while the third was an emergency disclosure in the case of a credible threat to someone’s life, according to “HKFP”.

It was revealed that Google resumed its compliance with at least a few user data requests from the local government. Last year Google stated that it would not reply to any of the requests until they were submitted through the bilateral Mutual Legal Assistance Treaty (MLAT) with the US Justice Department, where the corporation is based. The fact that Google provided user data to the CCP last year even after assuring that it would not only show how unethical these companies are, and their statements about the privacy concerns about their customers are just a passing remark.

In the case of China, Google complied with the CCP authorities even after saying that they will certainly not do so. The compliance with the CCP’s request and the disclosure must have made it easy for the Chinese government to monitor the online behaviour of the victims and handpick those who it may deem a threat to China’s national security.

On the other hand, Google’s tone towards the democracies like Australia has been the polar opposite. Earlier Australia came up with a media law that forced the tech companies to negotiate with media companies on payments for previewing and linking to their content. If they can’t agree, the tariffs will be set by a government regulator. As soon as the news broke that Australia’s government was considering bringing the disputed law before parliament, Google went on the defensive and began issuing threats.

Google knows it all, but it surely didn’t know this was going to happen when a Californian judge slammed the tech giant over its poor privacy and user protection practices. The case involves Google’s reluctance to stop the in-depth collection of user data even when they want to opt out of it.

The case started last year, in June when three users had filed a lawsuit against Google for collecting data on its Chrome browser even when the Incognito mode was turned on. The lawsuit seeks a massive $5 billion from the company. The petitioners also called out Google for engaging in an aggressive “pervasive data tracking business”.

However, producing information to the CCP and complying with them is a visible sign of how the big tech and the CCP working together may have led to the sacking of Hong Kong. According to Google’s policy, it responds to data requests per the laws of the requesting country as well as international standards. It also works to limit the scope of such requests and, unless legally forbidden, may notify the account user of the request through email, as stated in their policy. Google, however, did not respond to HKFP’s enquiries about whether the Hong Kong users in the three requests were alerted.

While Google has contributed to the sacking of Hong Kong, other big techs also should be held responsible and be made liable to disclose all the information. The same period’s transparency reports from Apple and Microsoft are yet to be released. Apple gave non-content information in response to 19 to 50% of Hong Kong government requests for user data, according to an earlier report covering the six months before the law was passed. During the same period, Microsoft also released non-content data in response to around 60% of Hong Kong law enforcement demands.