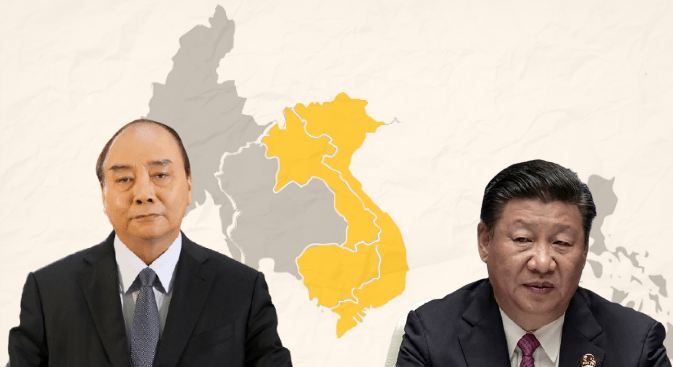 China is on an expansionist mission. It seeks to physically expand its borders, while also engaging in economic coercion of poor and underdeveloped countries. Two nations of Southeast Asia – Laos and Cambodia figure prominently in China’s plans of hegemonizing the Indo-Pacific. According to the Lao deputy prime minister and minister of planning and investment, Sonexay Siphandone, China is currently undertaking a total of 813 projects worth over $16 billion in the country. Furthermore, it is also involved in the development of special economic zones, and is executing 89 projects worth over $215 million under the umbrella of the same. Needless to say, Laos is gradually finding itself in the clutches of China’s dept-trap diplomacy.

As for Cambodia, China exercises astronomical influence over the country already. China has entrapped Cambodia via economic coercion, just like it has done with several other countries. Cambodia’s debts to China account for more than 25 per cent of its GDP. Cambodia’s overt dependence on China since the 1960s has harmed the sovereignty of Cambodia. Beijing took advantage of its control over Cambodia during the Vietnam war when it allowed Viet Cong supply lines to run through its KompongSom port up to the Ho Chi Minh trail.

Southeast Asia must be saved from the claws of China, and Vietnam has decided to not just remain a mute spectator now. Therefore, it is pursuing the enhancement of ties with both Laos and Cambodia. Vietnamese President Nguyen Xuan Phuc’s recent official visit to Laos shows how Vietnam is trying to maintain its traditional position and influence there in the face of China’s expansion in the region. According to Voice Of America, President Phuc’s choice of Laos as his first country to visit after taking office shows the importance that Vietnam attaches to relations with Laos, and its desire to maintain its traditional position and influence there.

Phuc’s visit came six weeks after a visit to Vietnam by ruling Lao People’s Revolutionary Party General Secretary and President, Thongloun Sisoulit. So, it is evident that Vietnam is trying to counter growing Chinese influence in Laos. Vietnam seems to be following a well-crafted strategy to win over Laos and prevent it from falling prey to China’s devilish designs. In recent times, China has displaced Vietnam as Laos’ biggest investor, and this has forced Hanoi to act immediately.

Vietnam realises that it cannot match the economic might of China. In terms of the economic development of Laos, China currently has a major upper hand. However, China’s dept-trap diplomacy is hardly a secret, and Vietnam seeks to use the same to its advantage.

According to Le Hong Hiep, senior fellow at the ISEAS-Yusof Ishak Institute in Singapore, “Vietnam does not have many resources to compete with China economically but is also trying its best to do so through some private investment or selective aid packages … Vietnam also tries to take advantage of historical heritages, such as traditional relations, scholarship programs for students, or other economic cooperation activities, to develop relations with the two countries.”

As far as Cambodia is concerned, the Phnom Penh-Bavet expressway would be the second expressway in Cambodia. The interesting part is that Vietnam is pushing Cambodia to let it allow to construct the expressway, and Cambodia too seems keen to have Vietnamese participation in the project. A Japanese study estimated an excessive $2 billion cost. The project would have had a total length of 135 kilometres.

The people of Laos and Cambodia have a particular sense of disgust for China, and Vietnam seems keen to capitalise on the same. In fact, under the pretext of expanding investment and increasing the cultural connection between itself, Laos and Cambodia, Beijing has launched a cultural invasion on its southern neighbours.

Recently, monks and citizens of Laos vehemently objected to a real estate company’s intention to create a 100-metre-tall Buddha statue in a Chinese Special Economic Zone (SEZ) in the capital of the country, seeing it as a cultural invasion and the start of an era of imperialism from their larger neighbour. The criticism of the planned statue underlines artistic distinctions between two major schools of Buddhism: the statue is a Mahayana-style Chinese Buddha standing in a long gown, rather than a Theravada-style Lao Buddha sitting in a meditative stance. By silently pushing for a Mahayana-style Chinese Buddha, Beijing is trying to assert its cultural domination over Laos, and the people of Laos are willing to have none of it.

The people of Cambodia, meanwhile, are seething with anger against China. Chinese officials with their newly stitched deep pockets have been pushing corruption among local Cambodian authorities, resulting in Chinese nationals disregarding local Cambodian laws in toto. This has fuelled incidences of homicides, kidnapping, extortion, and prostitution in Cambodia, all with Chinese players and their money in the background. China’s open support for the oppressive and violent Khmer regime of Cambodia in the 1970s only further exacerbates Cambodians’ apprehensions against Beijing. Furthermore, Chinese interference in the Cambodian elections in 2018 has led to enhanced distrust among Cambodians for China.

Now, Vietnam is seeking to enhance its standing in the region. For doing so, and being able to counter Chinese designs across the Indo-Pacific proactively, Vietnam must win over Laos and Cambodia as a prerequisite. And Hanoi seems well on track to derail China’s momentum in both these countries.