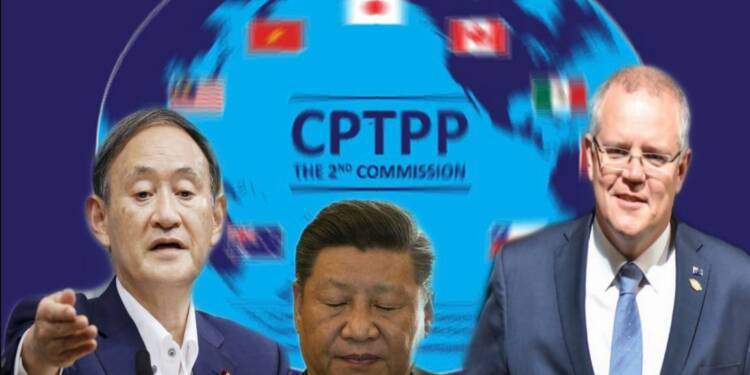 International trade and wealth generation are strange things. They get even the most megalomaniac of dictators to give up on belligerence and start pleading with their very adversaries for help. This is exactly what has happened to Chinese President Xi Jinping.

Xi wants to join the Comprehensive and Progressive Agreement for Trans-Pacific Partnership (CPTPP), the largest trading bloc in the Asia-Pacific region and he is therefore requesting Australia and other member States to join the CPTPP. However, neither Australia nor other member States want to give the Communist nation a free pass. And they have many demands to make- stopping China’s economic coercion and giving up expansionism in the South China Sea and the East China Sea.

Tehan said, “When I became trade minister, I wrote to my Chinese counterpart in January setting out how we can work more closely together. I am still waiting for a reply.” The Australian Trade Minister added, “One of the most important things about negotiating the accession process of any country into the CPTPP is that you have to be able to sit down at ministerial level, look your economic partner in the eye, and talk about that accession process.

Tehan also indicated that China would have to resolve bilateral trade disputes at the World Trade Organisation (WTO) before it even thinks of joining the regional free trade pact. The Minister said, “All parties will want to be confident that any new member will meet, implement and adhere to the high standards of the agreement as well as to their WTO commitments and their existing trade agreements.”

Japan, the de facto leader of CPTPP or TPP-11, has been quite vocal in reiterating the fact that Beijing might not meet all the required standards needed to join the trade deal.

Recently, the Japanese government said that it will carefully analyze whether China is ready to meet the requirements for joining the trans-Pacific free trade deal. Chief Cabinet Secretary Katsunobu Kato said, “We must thoroughly assess whether China is ready to fulfil the high-standard rules of the TPP-11.” He added, “We will consult with other members while following the procedures for approving new members.”

Japan is impliedly complaining that China’s boorish behaviour disentitles it from joining the CPTPP. Now, there are two issues involved- firstly, the Chinese economy doesn’t offer a level playing field to its economic partners and therefore it is not suited to join a free trade pact. And secondly, China’s behaviour with CPTPP member States like Japan, Vietnam, Brunei, Malaysia, Australia and Canada has been such that these member countries won’t be keen on China’s entry.

Simply put, China will have to halt its South China Sea belligerence, de-escalate tensions with Tokyo over Japan’s Senkaku Islands and resolve its “hostage diplomacy” against Canada. China’s formal application to join the CPTPP will come up for consideration only after it fulfills these basic criteria.

Much to China’s chagrin, Japan has pushed for Taiwan’s inclusion in the CPTPP. Taiwan, a democratic regime with liberal values, is tailor-made to join the CPTPP. Last month, lawmakers from Japan’s ruling Liberal Democratic Party (LDP) held security talks with Taiwan’s ruling Democratic Progressive Party (DPP) lawmakers, during which Otsuka, head of the LDP’s defence committee said, “Taiwan’s early participation in TPP is extremely important.” Otsuka added, “We told them that we would like to support it.”

Therefore, Tokyo’s message to China is loud and clear- in the new regional order, Taiwan will not be excluded from a premier trade bloc merely because of China’s hypersensitivity. If Beijing can accept coexistence with an independent Taiwan, it may try to join the CPTPP but no exceptions will be made for China.

Japan, Australia and other CPTPP members have thus placed a clear precondition for China’s membership- give up everything in the South China Sea and stop economic coercion.