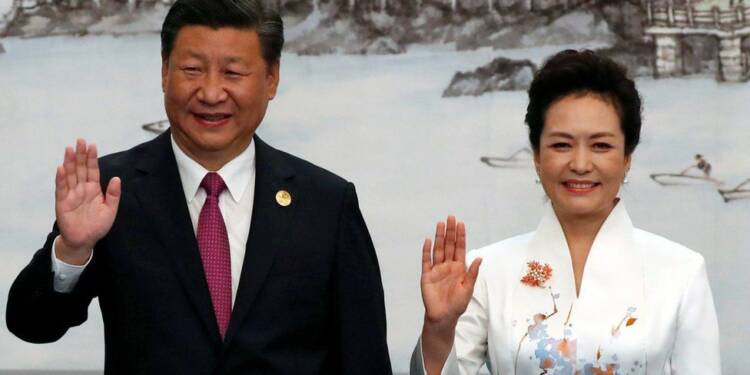 Chinese President Xi Jinping is a paradoxical man. He wants “common prosperity” in China and is compelling the rich corporates to literally give away all their wealth in charity. Xi also claims to hate corruption and uses anti-corruption probes to crack down on his Communist Party rivals. However, when it comes to his own family, Xi doesn’t mind the concentration of wealth, nor does he care about the means of acquiring wealth.

The Chinese President recently announced that China must pursue a goal of “common prosperity”. He declared that wealth is to be fairly divided amongst all the people as a key objective of the next stage of China’s economic growth.

Soon, super-rich Chinese entrepreneurs like Zhang Yiming, founder of TikTok developer ByteDance, Colin Huang, founder of e-tailer Pinduoduo, and Xiaomi CEO Lei Jun were found giving away hundreds of millions of Dollars in charities in a bid to soothe Xi Jinping. The donations were clearly compelled by Xi’s hawkishness rather than getting induced by philanthropy.

The CCP is at the end of the day a corrupt party. Senior CCP leadership is riddled with corrupt transactions and massive personal fortunes. Xi is no exception.

Xi’s sister Qi Qiaoqiao and her husband Deng Jiagui own Beijing Central People’s Trust Real Estate Development Corporation Ltd. Their real estate business has made stunning progress on the basis of the best possible land given by the local government in order to seek Xi Jinping’s favour.

In fact, Jiagui also figures in the International Consortium of Investigative Journalists (ICIJ)’s 2014 report on offshore accounts of Chinese elites. However, for Xi, the wealth of his sister or brother-in-law isn’t much of a problem.

Top CCP leadership was often caught in an embarrassing situation due to revelations about the personal weather of the leaders and the prosperity of their next of kin. However, Xi has been quite discreet in this matter. Just like his predecessor Hu Jintao, Xi has also ensured his immediate family remains financially untainted.

Most of the wealth in Xi Jinping’s family is therefore concentrated in the hands of his sisters, niece and brother-in-law. This allows Xi to play frugal while his extended family amassed hordes of wealth.

How rich is Xi’s extended family?

Well, let’s just say- very rich. According to a 2012 report, Xi’s siblings hold a combined wealth of over $US1 billion.

Most of the identifiable assets related to Xi’s extended family were reportedly acquired by Xi’s elder sister, Qi Qiaoqiao, over a period of ten years before Xi came to power as China’s President. As per Bloomberg, much of Qi’s wealth was obscured beneath assumed names and several layers of holding companies. Xi’s niece was also reported to have owned a $US20 million share in a local tech company, whose share prices accidentally witnessed a 40 fold jump after she purchased them.

Xi’s elder sister also has a million-dollar property at the Braemar Hill Garden in Hong Kong-registered under her name. In fact, another one of Xi’s sisters, Xi Anan, was reportedly involved in a communications company, New Postcom. Interestingly, the previously unknown company had suddenly started winning multi-million dollar tenders from a State-owned telecom giant in China.

Xi’s family wealth does find a link with the CCP. Much of their wealth was acquired by Xi’s siblings in the decade immediately preceding his appointment as the Chinese President. Moreover, the wealth was largely acquired in sectors that involved government intervention though there is no evidence of any direct intervention by Xi Jinping.

Given his larger purpose of harking China back to the Mao era, Xi doesn’t flaunt his family’s wealth. In fact, a 2012 Bloomberg story that exposed the hordes of wealth acquired by Xi’s family was blocked in China within minutes of its publication. Moreover, Bloomberg’s microblog accounts were also blocked by the CCP authorities.

Moreover, the lack of corporate and real estate disclosure rules in China helps Xi and his family avoid a total and verifiable estimation of their combined net worth. Xi also banks upon the Chinese propaganda system that imposes a sweeping ban on any discussions regarding leaders’ personal details and stonewalls any such attempt on the internet.

Xi might ask the rich businessmen to live frugally, even if such advice comes at the cost of burning China’s economy but when it comes to his family’s wealth, Xi simply doesn’t care about Mao’s socialist principles.