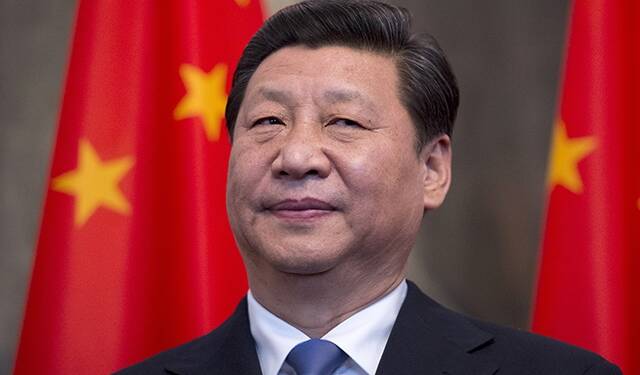 Chinese President Xi Jinping’s goal of ‘common prosperity’ has started to hurt China’s rich class. China’s tech billionaires are spending millions of dollars towards the society. However, the wealthy Chinese entrepreneurs aren’t really inspired by charity and altruism. Their lavish donations are a function of fear of reprisals by the Xi Jinping-led Chinese Communist Party.

What is Xi Jinping’s ‘common prosperity’

Speaking at a key economic leadership meeting last month, Chinese President Xi Jinping announced that China must pursue a goal of “common prosperity”. He declared that wealth is to be fairly divided amongst all the people as a key objective of the next stage of China’s economic growth.

China’s rich start to “give back” to the society

China isn’t a free country and there is a fundamental difference between how a democratic regime works and how an authoritarian regime works. In a free country, encouraging entrepreneurs or any other class of citizens would mean offering positive rewards for a voluntary act or omission. However, in Xi Jinping’s dictatorial dictionary encouraging means coercion and threats.

So, as the CCP took an oath to encourage the rich people to “give back to society more”, the wealthy class actually started spending millions.

● Zhang Yiming, founder of TikTok developer ByteDance, for example, is giving $77.3 million of his own net worth to set up an education fund.

● We all have heard of the famous Chinese smartphone maker Xiaomi. Even Xiaomi CEO Lei Jun has given away $2.23 billion of his own stake in the company to the Xiaomi Foundation and the Lei Jun Foundation, both of which have been established as poverty eradication organisations.

● Tencent Holdings too has announced a plan of investing $15 billion in causes like helping rural communities and uplifting the low-income population.

● E-commerce giant Alibaba too has pledged to contribute $15 billion through 2025 for the purpose of hiring gig workers and supporting small businesses.

Lavish donations inspired by the fear of State-sponsored crackdowns

The millions of dollars being spent by Chinese corporate giants and wealthy entrepreneurs aren’t donations or charity but State-sponsored extortion. Chinese President Xi Jinping has been cracking down on private businesses left, right and centre for several months now.

● Later, Alibaba was hit with a record fine of $2.82 billion for antitrust violations.

● Xi administration also cracked down on other tech enterprises as a result of which Chinese tech giants have registered a loss of over $800 billion.

● This year, a sweeping ban was imposed on for-profit online and offline tutoring.

Now, every Chinese entrepreneur seems to understand that the Xi Jinping-led CCP must be kept in good humour in order to avoid brainless crackdowns and hefty fines.

Chinese corporate giants and extravagantly rich entrepreneurs understand one thing- they must participate in Xi’s ‘common prosperity’ agenda, if they want to avoid State-sponsored crackdowns. Chinese businessmen are thus trying to curry favour with the CCP through a sudden spate of generous donations.

Xi is actually going full Mao with his ‘common prosperity’ push. He wants to improve his political standing within the CCP and even China as a whole with his hardline Communist policies.

China’s economy has been built over the past few decades with business-friendly policies. Young Chinese entrepreneurs were able to create a number of globally competitive business enterprises and pump their country’s economic growth, which further promoted employment opportunities and wealth creation.

Now, Xi is destroying the Chinese economy by forcing entrepreneurs to give away a large portion of their wealth that could have otherwise been used to generate more wealth, economic growth and employment.

Anyhow, Xi’s moves are populist and politically relevant. By cracking down on costly private education, for example, Xi is trying to show as if he cares a lot for China’s urban population.

Similarly, Chinese Premier Li Keqiang was found trying to woo China’s urban-middle class constituency in May. He said that “there are still some 600 million people earning a medium or low income, or even less.” Li added, “Their monthly income is barely 1,000 yuan. It’s not even enough to rent a room in a medium Chinese city.”

Xi’s agenda is simple- he is trying to show that the class divide in China is unfair. So, he will either crack down on the rich entrepreneurs or force them to give away much of their wealth in the form of philanthropy and donations. Ultimately, money extorted from Chinese entrepreneurs will be re-distributed in the Communist nation, with scant regard for the terrible consequences that ensue.

Taliban had it coming: Infighting between Taliban and Haqqani network makes Pakistan nervous