China’s shortage of professional talent becomes a headache for Jinping, as he admits to stealing tech knowledge 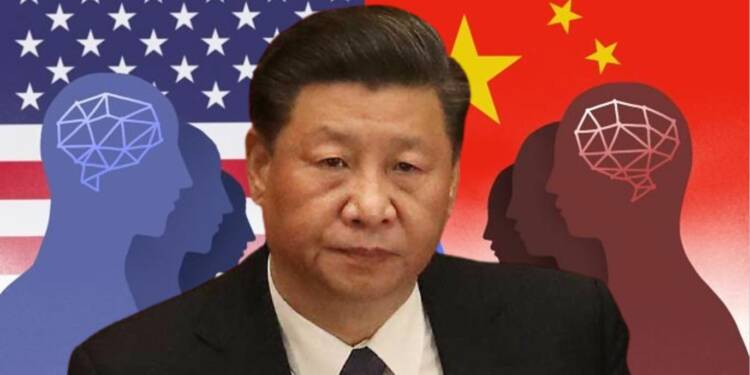 China is in big trouble. And it knows it is in deep water. And it is drowning. So, Xi Jinping has come out in the open and done what he does best – lie. Being the despot who is desperate to hold on to power, Xi Jinping has tried selling the people of China a grand lie, intriguingly, about them itself. There is no debate to be conducted on the fact that Chinese society is increasingly finding itself in a dearth of talent, which is directly impacting the Communist nation’s ability to advance technologically and scientifically. It is this very scarcity of talent which is forcing China to resort to an international racket of intellectual property theft.

From Sept. 27 to 28, the Chinese Communist Party (CCP) held a Central Talent Work Conference. The importance of the conference was shown by the participation of all seven members of the Standing Committee of the Central Political Bureau of the CCP. So, the CCP does indeed recognise the crisis which it faces due to the general lack of talent in China. However, it still wants to somehow rescue itself from the position it has put itself in. So, Xi Jinping decided to give a pep talk at the conference, in which he ended up exposing his brutal Chinese regime.

According to Xinhua News Agency, Xi Jinping stated: “The Party’s leadership in talent-related work has been comprehensively strengthened. The scale, effectiveness, and comparative advantages of our talent pool have been steadily increasing. Our nation already has a large-scale, outstanding, well-structured, and prominent talent pool.” But this is a big fat lie. If China, as Jinping remarked, is so replete with talent, why did the CCP have to call for a two-day conference in which all its top leaders took part without fail?

Jinping’s lie, however, is not our focus. What has intrigued us, however, is the fact that Xi Jinping unknowingly ended up admitting to China’s intellectual property theft operations around the world. Jinping said, “It is essential to raise our awareness of unexpected situations and focus more on the cultivation of our own talents.” Did you notice the words “our own talents”? Writing for the Epoch Times, researcher Zhong Yuan said that Xi’s statement inadvertently denies the achievements previously listed by him in talent-related work and points out that the development of China’s science and technology over the past few decades was based on stolen Intel alone.

The CCP’s Monopoly Over Talent

Every human is talented, albeit, in inherently unique ways. But the CCP has shot itself in the foot. It is not as if Chinese society at large has no talent or is laid back in terms of critical thinking and implementation. The fact is that a decade long CCP rule has killed the entrepreneurial streak of the Chinese people. They are not untalented. They simply do not want to utilise their talents for China and for the CCP. Being talented alone does not make the cut for anyone in China.

Read more: How CCP uses its student militia to silence anti-China voices in universities across the world

Under Xi Jinping, absolute subservience to the CCP is a prerequisite for all innovators. Even at the CCP’s talent conference, after mentioning a lot of clichés about talent-related works, Xi Jinping suddenly said, “We must establish a utilization mechanism of talents based on trust.” In China, only those who are recognized by CCP officials can be deemed “talented” and valued. To be recognized as talented in China, one must stand for and show loyalty to the CCP.

So, the Chinese people have effectively launched a ‘lying down’ and ‘do nothing’ campaign against the CCP. Xi Jinping is beginning to feel the pinch of it now. “To do a good job of talents, we must adhere to the correct political direction,” Xi said, insisting that “the party must manage talents.” So, even in a crisis, Jinping is not budging on the requirement of Chinese people to be absolutely loyal towards the CCP. So, the Chinese people, in turn, are killing their talents.

Donald Trump had really taken many steps to put an end to China’s intel theft empire. It is no secret that the CCP used to vigorously promote the “Thousand Talents Plan” in order to steal advanced technologies from the United States and other Western countries on a larger scale. After Trump’s actions against China, however, and the general deterioration of ties between Beijing and the West, a large number of Chinese students looking forward to studying in the United States have been denied a visa or repatriated to China.

The CCP’s draconian practices have come to bite it hard. Now, it is forced to convene an exorbitant conference of its top leaders in order to deliberate on ways to make the Chinese people more talented. This social experiment too, however, is bound to fall flat on its face and instead, hurt China, as the One-Child policy did.