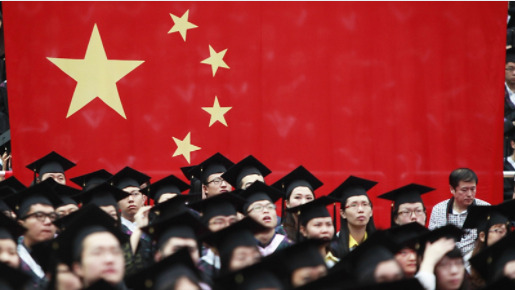 Due to the increasing presence of mainland Chinese students and the institutes’ reliance on funds from China, Hong Kong students claim that some of Britain’s top universities are struggling to protect the right to speak out against Beijing’s repression of Hong Kong.

Students from Hong Kong attending UK universities are allegedly harassed by mainland Chinese students. However, this is not the first time this has happened; similar incidents have been recorded all over the world. It appears that the Chinese Communist Party (CCP) is using its student militia to suppress anti-China voices around the world.

During their campaigns to support the 2019 protests in Hong Kong, two Hong Kong students recently recalled being harassed by an overwhelming number of mainland students. As a result, school officials suspended their activities, which were held at top universities in London where they were studying.
In November 2019, one student, Jamie, organised an exhibition to show videos and materials related to anti-extradition bill demonstrations and police crackdowns on demonstrators. Jamie told Apple Daily that some mainland students arrived at the venue shortly after it opened, warning the organisers that representatives of the Chinese Students and Scholars Association in the United Kingdom, the largest Chinese student organisation in the UK backed by the Chinese Embassy, will be there.

The mainland students arrived in droves, some pointing fingers at Hong Kong students and accusing them of being separatists and spreading false information. Some used cameras to take close-up pictures of Hong Kong students, while others waved Chinese flags and watched video clips of Hong Kong police shooting protesters on their phones, according to Jamie.

They requested assistance from campus security guards, who advised Jamie to cancel the exhibition due to a large crowd, Jamie recalled. “We were merely exercising our rights to express our views and promote exchange. Why did they ask us, rather than the harassers, to leave?”

Another girl, Kitty, had a similar experience in October 2019 at the Russell Group University in London, where she was studying, when she staged a Stand with Hong Kong demonstration. Approximately a dozen Hong Kong students were shouted down by nearly 100 mainland students, who called them “cockroaches” and “traitors.” Kitty remembered an aggressive mainland student snatching a leaflet from a Hong Kong student and throwing it on the concrete. According to her, the Hong Kong student’s personal information was later released on mainland Chinese social media sites, where she was referred to as a cockroach.

Kitty attempted to reach out to university workers for help several times, but no one replied. She then paid a personal visit to a more senior coach. According to Kitty, the teacher admitted that he had no solution in mind for similar problems caused by mainland students.

Power to Hongkongers, a group of Hong Kong students in the United Kingdom, is preparing a study to be submitted to the United Kingdom government on cases of mainland students bullying others during protests. Victims are being asked to provide information.

Last year, the think tank Onward, which is sponsored by the Conservative Party, said that British universities were too reliant on tuition fees from mainland Chinese students. There was also enough evidence to indicate that the Chinese Communist Party and its allies were stifling academic freedom and study in the United Kingdom.

Read More: Biden has allowed Chinese student spies to return to the US, but fear of Trump is still holding them back

In the United States, under the administration of former President Donald Trump, the spying activities of the Chinese students were cracked down upon. Initially, the Trump administration was only concerned with keeping Chinese students at bay, but after reports of Chinese intellectual property theft, it launched an all-out search for Chinese spies. Several Chinese students in the United States have been detained on suspicion of having links to the Chinese military. In reality, the deterrent effect was so strong that 1000 Chinese military-linked researchers left the US.

Coronavirus is China’s bio war on the world. There are undeniable facts that prove it now