Biden has allowed Chinese student spies to return to the US, but fear of Trump is still holding them back 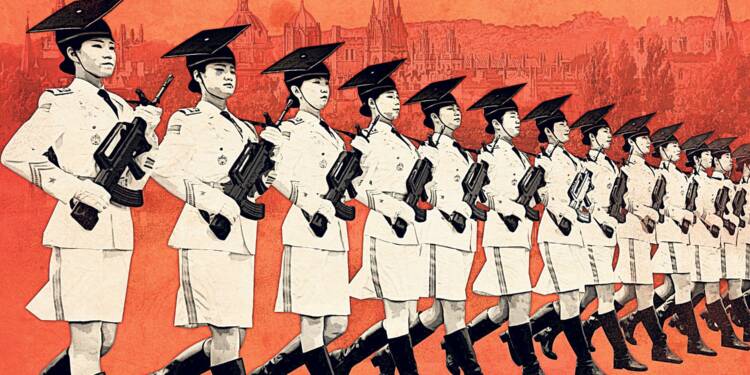 China has found a new friend in the White House- Joe Biden, but the bitter memories of the Trump era continue to haunt Beijing and its student spies. In fact, such is the fear of the Trump administration’s anti-China blitz that even after Biden opened American doors, Chinese student spies are holding back.

Chinese Communist Party (CCP) mouthpiece Global Times has published a report titled, “US resumes accepting student visa applications, but some Chinese families rethink study plans.” This seems rather absurd, given that Chinese spies connected to the People’s Liberation Army (PLA) are known to enter the US on student visas for research programmes. These Chinese spies then steal American Intellectual Property (IP), which ultimately powers the booming reverse engineering industry in the Communist nation.

So, why are the Chinese spies holding back? Global Times claimed, “After the whole year fighting the pandemic, frequent attacks on Asians, and rising skepticism and even discrimination against Chinese students, they would be more cautious on making decisions to study in the US.”

Well, we do know that the said excuse really is a lie and a part of Beijing’s propaganda campaign to portray the West as racist and xenophobic.

But the CCP mouthpiece did give away a hint as to why Chinese students are holding back. It mentioned a May 2020 proclamation issued by former US President Donald Trump which blocked certain students and scholars that “implement or support China’s Military-Civil Fusion (MCF) strategy.” Trump administration pushed back against the Chinese strategy that encouraged the use of academicians by the Chinese military for espionage and IP theft.

A particular list of Chinese schools was affected by Trump’s proclamation for alleged connections to the Chinese military. Trump’s proclamation did not remain a dead letter and the federal authorities did crackdown on Chinese spies masquerading as students and researchers inside American academic circles and Universities.

Initially, the Trump administration was only keeping Chinese students at bay, but later it started an all-out hunt for Chinese spies amidst allegations of intellectual property theft by China. Several Chinese students in the US were arrested for having alleged links to the Chinese military. In fact, such was the deterrent effect that 1000 Chinese military-linked researchers left the United States.

Trump had imposed strict fetters on the grant of visas to Chinese students. Yet, as expected, the Biden administration eased restrictions on Chinese students last month. In fact, Global Times reported that William Bistransky, acting Consul General at the US Embassy in China, said that the “re-opening of visa appointments sends a signal to Chinese students that Americans ‘welcome foreign students into our homes or communities or universities’.”

Read More: China wanted to take control of the global internet. But Trump saw it first and derailed it

Still, China’s student spies are once bitten, twice shy. They are still intimidated by the Trump-era policies of hunting down Chinese military-linked researchers. These student spies feel that US federal authorities could still look out for Chinese military links and take strict action against those found to be having any connection to the Chinese People’s Liberation Army (PLA).

Moreover, the system in China is such that the PLA encourages some sort of fusion between students and the military. It is not very unusual for an average Chinese student to have military links. So, the high level of self-consciousness and implicit fear of the Trump-era policies are still holding back Chinese student spies while Biden is ready to welcome them with open arms.

As far as the Taiwan question is concerned, the Biden administration has surrendered before Beijing