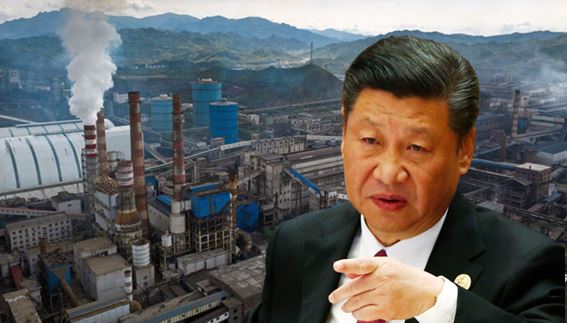 The Chinese government and masses are enmeshed in a veiled tussle where the government is seeking to ratchet up domestic consumption while the consumers remain tightfisted.

A lot has unfolded in China in recent months. “Common prosperity campaign” and the “Dual circulation policy” remain at the fulcrum of Xi Jinping’s renewed approach towards the economy. While the former campaign seeks to check the burgeoning income inequality, the latter strategy focuses on ramping up domestic consumption.

However, the response from the Chinese masses has remained lull and dull. People are growing thriftier, and they are even organising online campaigns to discourage others from spending, driving Jinping’s inflated ambitions of cutting reliance on imports straight into the ground.

Douban, a popular Chinese social media platform, is overwhelmed with users discussing ways to cut down their expenses. Banking on the ravaging pandemic and Jinping’s destructionist economic policies, the group named “Have you downgraded consumption today?” has gotten attention from the users lately. The group has seen the number of its users double to 300,000, in a year.

The engagement on the group has increased manifolds, with people claiming to relinquish their hefty dreams owing to the turmoil in the Chinese economy. “I used to live from paycheck to paycheck for the four years ever since I graduated from university…but the pandemic has given me a thorough sense of crisis,” wrote a user on the group. “So in 2020, I paid off all my credit card debt [and] removed all the bags that I wanted to buy from my shopping list,” the post further added.

The post embodies the CCP’s predicament in the best way possible. The pandemic has forced people to rethink their spending behavior, with more focus on savings and the future. Even young people, who are perceived as the most free-spending consumers, are thinking more carefully about their wallets. Resultantly, the future of Jinping’s dual circulation policy now hangs in balance.

The contribution of consumer spending to China’s GDP is declining rapidly.  As per the World Bank, China’s household and government spending as a share of GDP dropped to 54.3% in 2020 from a high of 85% in 1962. Moreover, China’s national income has increasingly been allocated towards governmental institutions and not the households, which explains the rapid decline in household consumption.

The turmoil in the Chinese housing sector is the other reason behind China’s fast-plummeting retail sales. Real estate property accounts for 40% of China’s total household assets. With top real estate developers collapsing at a mad pace, the crisis has stoked concerns among Chinese consumers; they have grown skeptical about the aspects of future growth in the Chinese economy, forcing them to rein in their spending.

People want to save more. They don’t want to be caught napping when another wave of ravaging pandemic forces them shut inside their homes. China’s central bank in the second quarter saw nearly half of respondents from urban households say they intend to save more.

That explains why the Chinese retail market performed worst this August. Online and physical retail sales expanded by 2.5% in August, far below the roughly 7% expected by economists. People just don’t want to spend, and that is making the Chinese Communist Party worried. A poor economy would aggravate the situation for Xi Jinping, who is striving to secure his third term in the office, next year.

If the economy remains in tatters, the chances of his re-election will turn bleak. His rivals will try to cash in on the prevailing resentment among the masses. Jinping has grown so anxious that he is not even stepping out of China, fearing a coup. The Chinese youth are already organising ‘lay flat‘ campaigns, calling on the working population to opt-out of stressful lifestyles and instead focus on well-being and mental health. Now, the failure of Jinping’s dual circulation policy shows that the biggest hurdle in the CCP’s path to establishing itself as the only invincible force in the world is the Chinese populace itself.