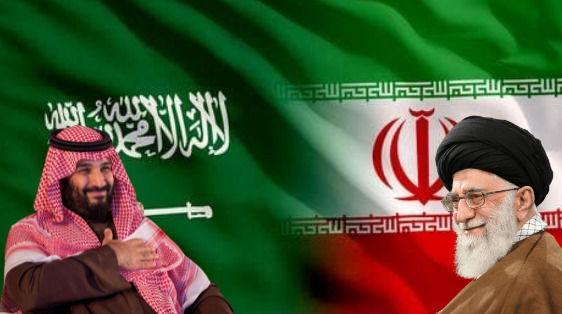 A big development is taking place in West Asia- Bloomberg has reported that Iran has asked its longtime rival Saudi Arabia to reopen consulates and re-establish diplomatic ties as a precondition for ending the war in Yemen.

Strangely, longtime religious rivals Iran and Saudi Arabia have realised that a truce between them will be mutually beneficial.

On the other hand, Biden warmed up to Iran but has retained the CAATSA sanctions imposed on the Shi’ite nation during the Trump era. The US sanctions have put the Iranian economy under enormous pressure, and Tehran wants to route its oil supplies through Saudi Arabia and capitalise upon the strategic leverage in Yemen.

So, both Iran and Saudi Arabia feel that normalising bilateral ties and ending the Yemen war makes strategic sense.

As per Bloomberg, people familiar with ongoing Saudi-Iran discussions in Iraq have suggested that Saudi Arabia wants the end of the Yemen war as a precursor to rebuilding diplomatic relations. On the other hand, Iran has proposed reopening consulates in the Iranian and Saudi cities of Mashhad and Jeddah, respectively as a sign of goodwill before ending the Yemen war.

There are still a few obstacles in the Iran-Saudi discussions like the timing of normalisation of bilateral relations and ending the Yemen war. However, you can expect the two sides to get over these minor issues.

Meanwhile, Iraq is playing the role of a mediator. Iraqi Prime Minister Mustafa al-Kadhimi has made it a point to elevate Baghdad’s status by acting as a bridge between Tehran and Riyadh.

Al-Kadhimi, a former intelligence chief enjoys good political and security ties with both sides, which has been a key reason behind the fruitful Iran-Saudi dialogue. If Iraq can ensure peace in West Asia, then it will automatically ramp up its influence in the region and bring it closer to the Arab-Israel alliance.

Major setback for the US:

Any resolution of bilateral tensions between US ally Saudi Arabia and US enemy Iran is a major setback for Washington, D.C. Firstly, the US military-industrial complex will have to bear losses in the form of dwindling arms sales. And secondly, the US itself will lose the central role it used to play in West Asia.

For Riyadh, the US used to be an inalienable ally helping Saudi Arabia take on the Shi’ite nation of Iran. However, Biden committed a blunder by retaining CAATSA sanctions against Iran but exiting the Yemen war and gifting a winning position to the Shi’ite nation.

With all its leverage in Yemen, Iran is now getting Riyadh to normalise bilateral ties which would make the US sanctions on Tehran useless. Saudi Arabia feels as if it has been backstabbed by the US. On the other hand, Iran feels that it doesn’t need the US to waive sanctions any longer because it can circumvent them via Riyadh and therefore it will not entertain the Biden administration at all. The US is virtually getting kicked out of West Asia due to Biden’s policy blunders.

Biden did try to make a last-ditch effort at retaining US influence in the region by announcing the withdrawal of troops from Iraq and shifting the Saudi-Iran fighting to the Arab country sandwiched between Iran and Saudi Arabia. The US President believed that by withdrawing US troops from Iraq, he could reinvigorate Iranian militias in Iraq and drive a wedge between Tehran and Riyadh.

However, Mustafa al-Kadhimi enjoys a lot of trust in both Tehran and Riyadh. Therefore, the US attempt to drive a wedge between Iran and Saudi Arabia has failed. Now, the Saudi-Iran dialogue seems to be reaching a reasonable conclusion and an agreement between the two countries is likely to herald a new era of peace in West Asia.

‘Squid Game’ breaches China’s great firewall. And CCP has lost its sleep over it