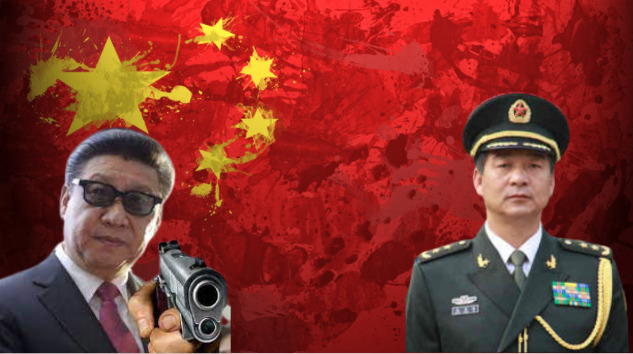 Four months have passed since General Zhang Xudong was shown the door out of China’s Western Theater Command, which is the Communist nation’s largest military command responsible for the lookout of Tibet, Xinjiang Sichuan, Gansu, Qinghai, Shaanxi, Ningxia and Yunnan, apart from the borders with India. The Western Theater Command is the only military theatre in China that has suffered physical losses over the past one and a half years. India has dealt some severe blows to China during this time, and the Western Theater Command of the PLA has had to deal with it first-hand. So, expectedly, the CCP was bound to come hitting down hard on one of its own.

As it turns out, the hammer has struck already. On October 1, which is also the founding day of the People’s Republic of China, General Zhang Xudong died. The sudden death of General Xudong has raised many eyebrows among China observers around the world. According to a South China Morning Post report dated October 6 – which is the first report informing about the death of the General, the man died of cancer and gastrointestinal issues. He was 58 years old. However, not many are buying this version fed to SCMP by sources in China.

Was General Zhang Xudong Assassinated by the CCP?

It is a mighty possibility that General Zhang Xudong has been assassinated by the CCP for failing to handle the military standoff with India in a manner that Xi Jinping would have wanted. Consider this – it’s still October, which means the winters are yet to set in with all their ferocity in China. General Xudong was merely 58 years old, and he was a top general in China. He was not fighting anybody. He had been removed from the Western Theater Command only three months ago. If at all, his retirement phase should have been going on splendidly.

Yet, the man drops dead on the founding day of Communist China. What’s even more intriguing is the fact that the Chinese Communist Party hides news of his death for a wholesome three weeks! Finally, when Chinese state media did announce the general’s death on October 21, they said, “Zhang Xudong, former chief of the PLA’s Western Theater Command, died from illness in Beijing on Oct. 1.”

The announcement provided no specifics about the illness that caused his death. According to the Epoch Times, the announcement came 20 days after the general’s death and such delays in China are considered a rare occurrence. If the general indeed died of natural causes, why did the CCP take three long weeks to disclose his passing away officially? Surely, something fishy is afoot in China.

Jinping Has Changed Four Western Theatre Command Generals Since May 2020

Most recently, Xi Jinping appointed Gen Wang Haijiang as the new Commander of the People’s Liberation Army’s Western Theater Command. Gen Wang is the fourth commander to head the Western Theater Command after the eastern Ladakh standoff began in May last year. Most recently, in July this year, Xi Jinping had appointed Gen Xu Qiling to head the PLA’s Western Theatre Command. However, this particular Command is proving to be a tough nut for Jinping to crack.

In a matter of 17 months, for the Chinese Western Theater Command to get four new Commanders is unnatural and suggests that all is not well in Western China’s PLA Divisions. It must be remembered that the People’s Liberation Army is the first and only line of defence in China. So, whenever Xi Jinping gives effect to a new misadventure, whether it be against India, within China, against Taiwan and the larger democratic free world, it is the PLA that has to suffer on an immediate basis. This has led to discontent rising among PLA ranks.

Read more: Jinping is promoting military generals at a breakneck pace. He knows people are coming for him

China’s Western Theater Command in particular has faced the brunt of Xi Jinping’s larger-than-life ego, which is disallowing the PLA from resolving the border standoff with India. The Western Theater Command is well aware of its capabilities. It knows India has emerged as a mighty force, and that taking it on is not easy – and may just result in a humiliating loss for China, in which case, of course, Xi Jinping will go on a mass hanging spree of WTC generals, commanders and soldiers.

Xi Jinping’s War Against the PLA

Xi Jinping is taking up a war with his armed forces. As per Indian intelligence reports, Pakistani army officers are being stationed in the formation headquarters of China’s People Liberation Army (PLA). Pakistan Liaison Officers have been posted in the headquarters of China’s Western Theater Command and Southern Theater Command. According to a report by News18, Colonel-rank officers of the Pakistan Army have been posted at the Joint Staff Department of the Central Military Commission — which is responsible for combat planning, training and strategy of China’s armed forces — and at the Ministry of State Security.

Are we to believe that Pakistan is ‘guiding’ the Chinese military? Has China fallen so low, that it requires help from a failed terror state like Pakistan? Absolutely not. The reality is that Xi Jinping trusts Pakistani soldiers more than Chinese little emperors, and seems to have stationed them in the Western Theatre Command to keep an eye on Chinese generals and commanders on his behalf.

General Zhang Xudong was appointed as the Western Theater Command Commander of the PLA after China suffered humiliating losses against India at the Galwan valley in June last year, and across various strategic heights in Eastern Ladakh in September 2020. India fought the Chinese with Tibetan special forces on its side, and the PLA sissies were left running helter-skelter for shelter. As such, General Zhang was given the task of comprehensively beating India to the ground. He failed miserably at his job, and the winter months proved to be a catastrophe for China along the Himalayas. Essentially, General Zhang failed Xi Jinping, and he now seems to have paid for the same with his life.