Israel’s left should brace for a big betrayal from Bennett, paving way for Netanyahu 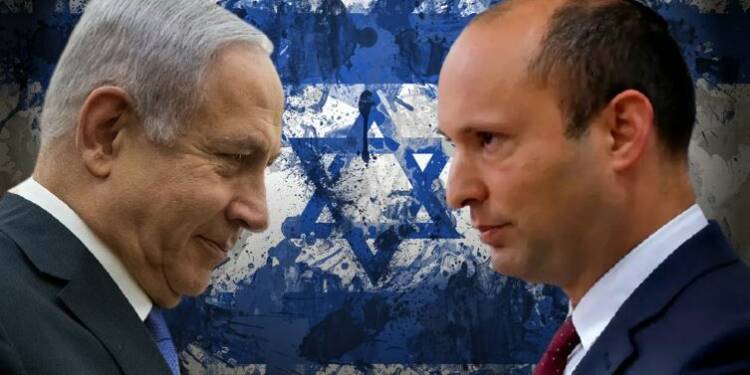 The rainbow coalition of Israel’s ruling Naftali Bennett administration comprising parties from both sides of the political spectrum, will fall apart before August 2023. The prediction has come straight from the horse’s mouth —Prime Minister of Israel, Naftali Bennett.

Bennett rocks the boat of his own coalition:

“I estimate that the rotation will not happen,” media reports quoted Bennett as saying. “There is a considerable chance that the government will dissolve between the [passage of the] budget and the time of the change of power, for various reasons.” Bennett’s office shied away from dismissing the report, however, stressed that Bennett “will fully honour the rotation deal, as he has been saying from the get-go”.

As of today, the passing of the budget bill is the most contentious issue revolving around the Bennett administration. The bill must be passed by November 14 to prevent the government from collapsing, which would immediately trigger another election in the already politically-unstable country. Lapid and Bennett have expressed their strong resolute towards getting over the public infighting and averting another political crisis.

Growing infighting in the coalition:

However, Bennett’s close ally and Yemina party’s leader, Ayelet Shaked, rocked the boat this week by raising doubts over his party’s approval regarding Lapid’s assumption of the PM office.

Ayelet Shaked, along with Labor party’s Merav Michaeli, looks askance upon the way Lapid and Defence Minister Benny Gantz are dealing with certain issues. For instance, Michaeli recently criticised Gantz for designating some Palestinian groups as terror organisations. Similarly, Deputy Minister Abir Kara is believed to have his horns locked with Yamina’s MK Shirley Pinto. Kara had termed Yamina “a party of idiots”, thus inviting wrath from his Yamina colleagues.

Similarly, some sort of a power struggle also seems to be underway between PM Bennett and Defence Minister Benny Gantz. Benny Gantz is really stealing Bennett’s thunder by taking a central role in his dialogue with Palestinian Authority (PA) President Mahmoud Abbas. While Bennett supporters and right-wing Israeli leaders are condemning Gantz’s attempts to engage Abbas, the Israeli Defence Minister is actually looking to shore up his popularity and undermine Prime Minister Bennett.

On an earlier occasion in August, Bennett had prevented Gantz from meeting with Abbas. Nonetheless, Gantz keeps insisting that he is the most appropriate person in the Bennett cabinet to hold discussions with Abbas. After August’s meeting between Gantz and Abbas, a senior aide to the Israeli PM had said that “Gantz is taking care of his own political interests… If the government falls it will be because of his conduct”. Bennett’s aide had then denied that the Gantz-Abbas meeting was for security purposes and exclaimed, “Why did he issue a press release about it?”. 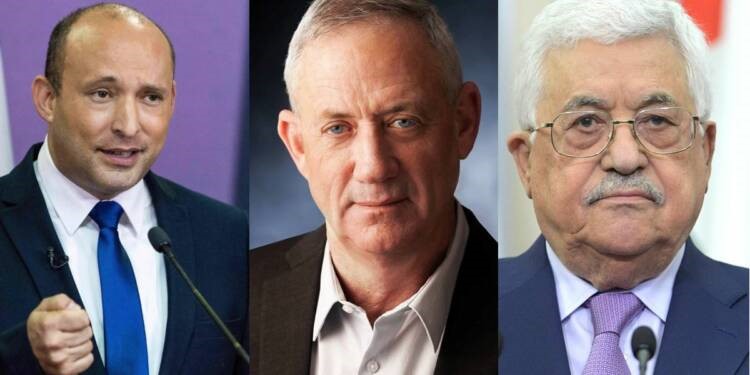 Netanyahu uses the opportunity to the fullest:

As the “Change coalition” struggles to keep itself afloat, former Prime Minister Netanyahu is using the opportunity to thrust himself back to the fray. Netanyahu made a brief appearance at Jerusalem’s Mahaneh Yehuda Market on tuesday, where he was greeted with the loud chants of “Bibi, King of Israel” and “Bennett, go home” by his supporters. Although the appearance lasted for a mere five minutes, it duly sent a strong message to the coalition — Netanyahu is hunting for the best opportunity to take the Bennett coalition down.

As reported by TFI earlier in September, Netanyahu is striving to devise ways to ouster the incumbent coalition using the November 14 opportunity, when the coalition faces the litmus test of getting the budget bill passed through the Knesset.

Read more: Netanyahu’s not so ‘secret’ plan to topple the Bennett government is here

According to Likud sources quoted by media, “Don’t be surprised if Netanyahu returns to be prime minister in the current Knesset”. The Likud source, who was a part of the meeting intended to bring down the current government had then said, “When Kadima took power, no one thought we could bring them down, but we succeeded, thanks in part to a mega-event called the Second Lebanon War. Now there is a mega-event called the coronavirus, and there is a coalition that is much more diverse. We will break them. It is only a matter of time”.

Moreover, Netanyahu is now planning more rallies in Likud strongholds, starting with a rally recently held in Beit She’an. There will also be events in development towns in the Negev. “This is all intended to show Bibi is strong and to bring the government down,” Likud spokesman Eli Hazan said.

Bennett may try to outshine his own coalition members in his bid to tighten his control over the Knesset in the next elections. However, Netanyahu looks well poised to squash Bennett’s dreams of assuming the PM office once again through betraying his own colleagues. Bennett’s no-holds-barring quest for power will not only decimate his colleagues and his own ambitions of ruling the country, but also enable Netanyahu to grab power once again.