China has dumped its own ‘GPS’ BeiDou, fearing India might crack it 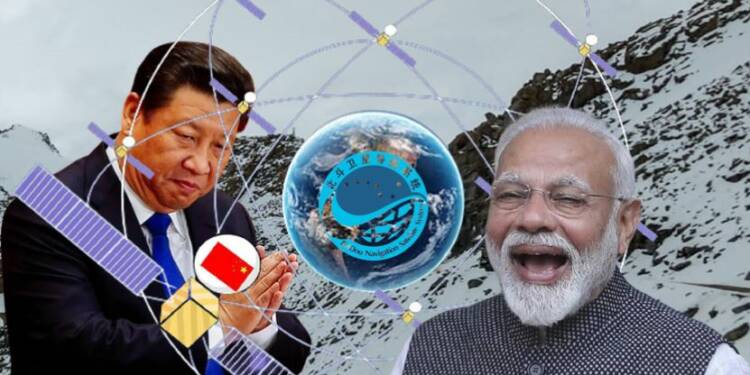 China is a nation which is inflicted with a perpetual sense of inferiority complex. However, to shroud its inferiority, China resorts to supremacist jingoism. It’s really a daily dichotomy in China. For instance, the communist nation has been working on its own GPS system since the 1990s. Today, the Chinese GPS system is called BeiDou. Until recently, it was a major flex for China. The CCP (Chinese Communist Party) was proud of itself for giving China a global positioning system of its own. The BeiDou system was launched on June 23, 2020, finally ending a project that went on for two decades. The first satellite was launched in 2000, that kick-started the journey of its homegrown navigation system.

Now, China has decided to junk BeiDou – well, at least on the borders with India. The reason, you may ask? It’s simple. BeiDou, which serves as China’s GPS, is too flimsy a system, and India can seamlessly break into it, at will. This jeopardises China’s border manoeuvres, positions and movements. According to IANS, the People’s Liberation Army (PLA) has restricted the use of its BeiDou system along borders with India. IANS quoted sources as saying that PLA restricted the use of its navigation system fearing that Indian forces would be able to track their movement. Taking note of China’s move, the Indian Army has increased surveillance mechanism along the Line of Actual Control (LAC).

A source was quoted as saying by IANS, “It may be a deliberate attempt by the PLA to hide its important activities or preparations across Northern Borders”. According to India Today, there has been a sudden decrease in activation of BeiDou terminals all along the northern borders, in the last month. Platforms with the BeiDou navigation satellite system are only using it for confirmations that they have reached their desired locations.

The IANS report added that China had to reduce its usage of navigation systems that it had deployed in June 2020, after India reinforced its long-range surveillance drones, radars and night vision capabilities. Speaking on the issue of surveillance, Eastern Army Commander Lieutenant General Manoj Pande had said that the surveillance close to the LAC was being enhanced and that in certain areas, the deployment had been augmented.

He added that the Indian Army had enhanced its preparedness levels and its capability to respond to any eventuality. He further said that the army had inducted new radars, long-distance surveillance drones and platforms for night vision capabilities. Therefore, the Chinese shutting down their own positioning systems coincides with India augmenting its surveillance capabilities along the Himalayas.

India has been giving China hell for the past 18 months. Only recently, India’s National Security Adviser, Ajit Doval suggested that Covid-19 was, in fact, a bioweapon. Additionally, India has also been snapping the necks of Chinese sissies pretending to be soldiers along the Indo-Tibetan border. So, let’s just say that China has been facing a humiliation of its lifetime at the hands of India, for quite some time now.

And now, India has left Beijing red-faced all over again. Mind you, being the kind of a jingoist nation that China is, BeiDou was marketed as the ultimate alternative to the American GPS. China vouched for its substandard satellite-dependent positioning system and told the world it would beat GPS to the ground with it. However, what was supposed to be a global success has turned into a national liability for China instead. Today, China fears that India could break into BeiDou and get real time intel about all PLA moves. So, it has decided to junk its use. India has, therefore, exposed yet another cheap Chinese product before the entire world.

20 Children See Magic Because They Look for It Quotes

The Last of Us 2 Ellie Tattoo: About the Game and Tattoo