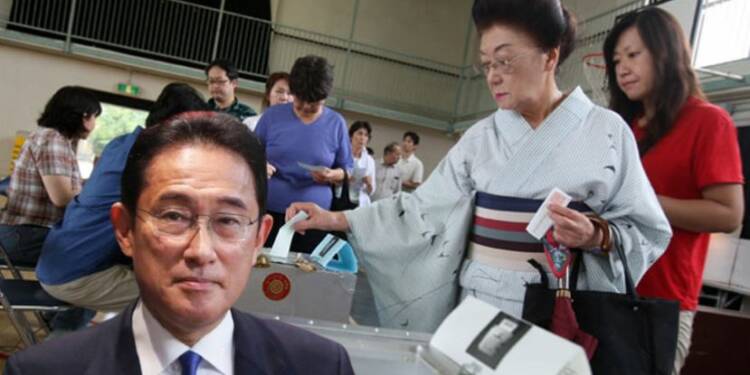 The Japanese voting pattern, just like its economy, has remained stagnated with the way in which its constituents vote. However, the Chinese overall aggression in its foreign policy approach and the not so friendly behaviour with its immediate neighbours has led to a drastic shift in the perception that people in Japan had, with respect to the Chinese Communist Party (CCP). While the opinion was that the pandemic and the economic slowdown will be a rallying point for the opposition, but emerging trends tell us that Liberal Democratic Party (LDP) is poised to have a stable future, domestically.

However, the LDP’s tougher stance on China and strong security strategy are helping it win over younger people in the far southern prefecture of Okinawa, which has traditionally been a bastion of the pacifist opposition. Aiko Shimajiri, a former minister in Japan’s ruling party, was seen in a gathering in Okinawa‘s gritty Uruma city, relishing the thought of pulling off a shock victory in this weekend’s poll.

The Island’s proximity to China makes the youngsters realise the behemoth of a threat that they may have to face. This change on the level of society has to be looked in the larger perspective, where the youngsters are not complying the pacifist older generation.

Shift in the pacifist’s bastion:

Elderly voters are largely voting for left-wing parties, remembering Okinawa’s history as one of the bloodiest battlegrounds of WWII, and rejecting the 50,000-strong U.S. military installation that takes up a fifth of the main island. While this has long been the reason for left-wing’s success, the China threat is fast changing these statistics. Elders in the rest of the Japan have been voting LDP, and are quite likely to continue with the trend.

What is surprising is that, the young voters are changing their preferences in the face of Xi Jinping and CCP’s constant intimidating actions. An opinion poll has suggested so, stating that young Chinese hold positive views about the Sino-Japan relations and consider China’s economic ties with Tokyo extremely important for their future growth. The poll was jointly conducted by China International Publishing Group (CIPG) and the Japanese think-tank Genron NPO. Around 1,547 Chinese residents living in 10 Chinese cities including Beijing, Shanghai, Guangzhou and Chengdu participated in the poll between August and September.

Also read: Bad relations with Japan is making the Chinese people disown CCP and its policies and discontent is soaring

While the ratio of the Chinese people supporting better ties with Japan remained lower in the combined data, the young Chinese people were particularly betting for the elevation of Beijing’s ties with Tokyo. Around 32.1% of Chinese respondents held a “favorable” or “relatively favorable” impression of Japan that was 13.1 percentage points lower than the previous year. However, the data showed exciting results when perused for the response from young Japanese.

Even people who earlier were of the belief that working alongside China would be a walk in the park, are now finding it intimidating, as CCP continues its aggressive foreign policy. The public support for anti-CCP sentiment is in line with the LDP’s stance, vis a vis China.

Also read: Message to Beijing: Japan has a new Prime Minister, but Defense and Foreign Ministers remain the same

The LDP has proposed an unprecedented increase in defence spending, partly in response to China’s aggressive military stance toward Taiwan, which is barely 110 kilometres (68 miles) away from the westernmost isle in the important archipelago bordering the east China sea. Even in a recent LDP internal poll, support for one of the party’s Okinawa candidates was about 40% among people in their 30s and 40s. Only 25% of those over 60 support it, with nearly half of that group supporting a communist party opponent.

The anti-base “All Okinawa” movement, which has dominated local politics in Okinawa, has been losing steam: In April, a candidate endorsed by the LDP won the mayoral election in Uruma. The proximity of Okinawa to China tells us why the early signs of the whole of Japan turning into a China hawk has been speculated for a while, but recent developments confirm that. As the news about China gets engraved in the minds of the Japanese people, the anti-China stand of the LDP will really come In handy. It will also provide a stable domestic situation, given the possible swelling up of LDP’s voter base.