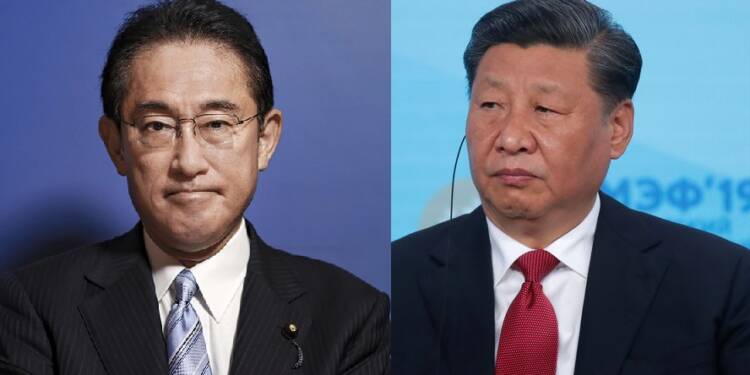 Japan’s parliament has elected former Foreign Minister Fumio Kishida as its new Prime Minister. Japan and the rest of the world have high expectations from Kishida. They want him to lend continuity and stability to Japan’s political structure and avoid a return to the era of revolving-door Prime Ministers even as Tokyo looks to find a way to combat the China threat.

Meanwhile, China has got nothing to celebrate about a change of guard in Tokyo. Japan may have a new Prime Minister, but it continues to follow the Shinzo Abe’s policy of challenging Chinese hegemony. In fact, Kishida has even sent a strong a warning signal to China by retaining the two key Ministers from Suga cabinet – Foreign Minister Toshimitsu Motegi and Defense Minister Nobuo Kishi.

Kishida is making it clear that he won’t tinker with the anti-China policies of his two immediate predecessors – Shinzo Abe and Yoshihide Suga. For Kishida, stability and continuity in Japanese diplomacy and security strategy seem to be the topmost priorities.

By retaining the two key ministers, Kishida is reassuring the United States as well as Japan’s other Quad partners namely India and Australia, that there will be continuity in Tokyo’s anti-China strategy. At the same time, Japan is also making it clear that China cannot breath easy because Japan will keep pursuing the “Free and Open Indo-Pacific” policy.

Mike Mochizuki, a Japan politics and foreign policy expert at George Washington University said, “In keeping Motegi and Kishi in their respective posts, Kishida is certainly trying to reassure the U.S. and other key Japanese international partners that there will not be any major and abrupt changes in Japanese foreign policy.”

Fumio Kishida is himself a career diplomat and holds the record for serving as Japan’s Foreign Minister for the longest time. Traditionally, he is a China dove but during the LDP leadership election, he underwent a remarkable transformation to emerge as a China hawk. He is clearly adapting to an era where conflicts like the one instigated by Chinese incursions into Japanese waters near the Senkaku Islands are putting Tokyo and Beijing at loggerheads.

Also read: Every Japanese PM candidate was a China hawk. Kishida, the biggest hawk among them is now the Prime Minister

During the LDP leadership election, Kishida even described China as presenting a challenge which is compelling Japan to re-examine its military firepower and relationship with the communist nation. Kishida is therefore expected to take a tough line against Beijing, despite his prior efforts to encourage economic relations with China. If there were any doubts about Kishida’s commitment to combat the China threat, he has removed them by retaining Kishi and Motegi.

Nobuo Kishi, who presently serves as Japan’s Defense Minister, is probably the biggest China hawk in Japan right now. Former Prime Minister Shinzo Abe’s younger brother, Kishi is an outspoken Taiwanese ally and is known to be quite close to Taiwan’s pro-Independence President Tsai Ing-wen, as he has represented Japan’s ruling Liberal Democratic Party (LDP) during engagements with the Taiwanese President.

During his stint as Japan’s Defense Minister, Kishi has never minced his words. He recently made it clear that the introduction of Japan’s new standoff missiles is aimed at China. He said that Japan has to “respond” to increasing Chinese naval activity around Japan’s southwestern islands. Kishi was actually referring to Chinese intrusions into Japanese waters near the Senkaku Islands.

Also read: After weeks of wooing Suga and failing, a frustrated China sends vessels back to Senkaku Islands

Meanwhile, Japan has grown increasingly active on the Taiwan front since Kishi’s appointment as the Defense Minister.

On the other hand, Motegi belongs to the Liberal Democratic Party’s traditionally pro-China Takeshita faction. Yet, Motegi has been vocal in criticising China and forming a broad understanding with like-minded democracies to take on the China threat. In fact, Motegi was at the helm of Japanese diplomacy when Tokyo cancelled Chinese President Xi Jinping’s Japan visit unceremoniously. Motegi has also been at the forefront of Japan’s efforts to corner China over the issue of human rights violations in Xinjiang and Hong Kong.

With his Cabinet now in place, newly appointed PM Fumio Kishida is sending a clear message to Japan’s allies and enemies – Tokyo continues to challenge Chinese hegemony and the scope of cooperation with anti-China powers remains unlimited.