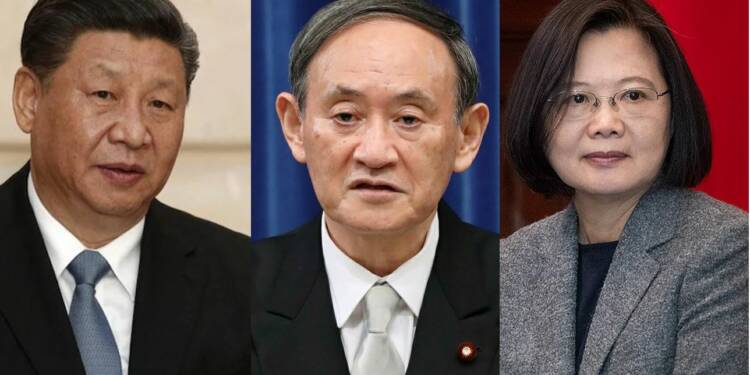 For over a year, China has been harassing Japan and Taiwan in the East China Sea. But gloves are coming off now and Japan seems to be ready to hit back at the paper Dragon. In fact, Japan is about to carry out a large-scale military exercise with China in mind.

In a clear display of its military firepower, Japan is mobilizing 100,000 soldiers for its Ground Self-Defense Force’s largest military manoeuvres since 1993. The exercise will also involve 20,000 vehicles and 120 aircrafts and private ships. The Japanese Navy and Air Force, and the US military troops stationed in Japan will also provide support to the Ground Self-Defense Force troops.

The Japanese Ground Self-Defense Force personnel are going to start training from Wednesday till late November. The aim of the big military manoeuvre is to strengthen Japan’s military preparedness while piling pressure on China to counter its aggressive and expansionist maritime activity.

So, the purpose of the upcoming military exercises is clear- Japan will protect its own interests as well as those of Taiwan. This is why it has picked a location close to both China and Taiwan. From a Japanese perspective, Taiwan holds a lot of strategic importance. It is located in close proximity to both Japan and China, and if Chinese forces are able to capture Taiwan, then it would leave Japan more or less surrounded by China.

Therefore, Japan is linking up its own security interests with those of Taiwan in its military strategy.

Japanese Defence Minister Kishi Nobuo gave an interview to the Mainichi Shimbun on Tuesday. He made it clear that Tokyo cannot stay outside the developments in Taiwan as both Japan and Taiwan shared universal values like freedom and democracy.

He also said that Taiwan is located at a short distance from Japan, and therefore Japan cannot ignore what happens in Taiwan. Nobuo said that the fate of Taiwan is important for Japan’s security, as well as for international peace and stability.

Nobuo’s message is clear – China is the main culprit in the region and Japan won’t let it invade the island nation of Taiwan. Japan is increasing the effectiveness and operational efficiency of its self-defence forces and is practically preparing for a warlike situation in the Taiwan Strait if China makes any reckless move to take on Taiwan. At the same time, Japan is using a major show of military strength to deter any adverse actions by China.

Kishi Nobuo, the younger brother of former Japanese Prime Minister Shinzo Abe, also expressed concern about the lack of transparency in China’s disproportionate defence budget which is four times higher than that of Japan

Japanese military exercises and Nobuo’s remarks centred around Taiwan aren’t a sudden development. Japan has been growing increasingly supportive of Taiwan for quite some time.

With its upcoming military exercises, Japan is making one thing clear- the ‘One China policy’ doesn’t mean anything for Tokyo. In fact, Japan is already denying the notion of any inherent oneness between Taiwan and China. Tokyo is going as far as defending Taiwan in case of a China-Taiwan military conflict in order to preserve the island nation’s sovereignty.