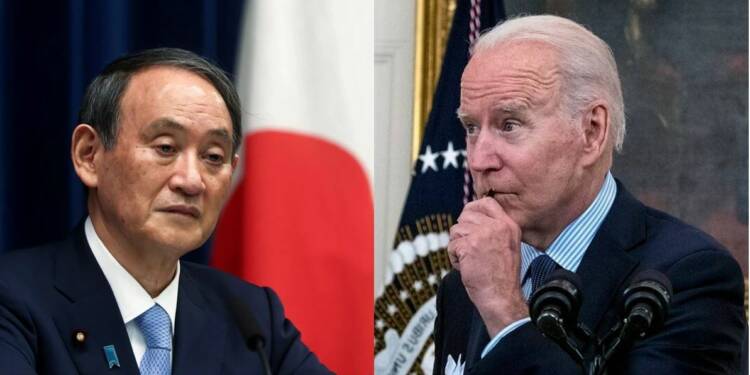 Japan has been caught off-guard. With the fall of Afghanistan to the Taliban, Japan finds itself relying on other countries to rescue its citizens from Kabul. The United Kingdom has helped Japan in such a time of crisis when Joe Biden’s catastrophic pull-out from Afghanistan has imperilled the lives of thousands of people from varying nationalities – mostly from countries that are seen as America’s “allies”. At his inaugural address, Joe Biden had said, “We will repair our alliances and engage with the world once again. We will lead not merely by the example of our power but by the power of our example. We will be a strong and trusted partner for peace, progress, and security.”

All such positive talk has been reduced to dust and exposed as hogwash. The United States of America, under the leadership of Joe Biden, is not even being able to decently evacuate its own citizens from Afghanistan. To expect the Biden administration to even try and take care of citizens from other nations is simply wishful thinking at its vivid best. The selfishness of the Biden administration has begun having unforeseen consequences. And taking the lead of cutting down reliance on America is Japan.

According to a report by Nikkei Asia, although Japan’s alliance with the U.S. will continue to underpin Tokyo’s security policies moving forward, recent developments have sparked a debate within the ruling LDP that Japan, like Afghanistan, has perhaps relied too heavily on a U.S. military presence and needs to grow independent of America.

The report added that since the Taliban was last forced out of power in 2001, Japan has contributed roughly 700 billion yen ($6.38 billion) to U.S.-led reconstruction efforts in Afghanistan. It also conducted missions to refuel U.S. vessels in the Indian Ocean until 2010. Still, it was slow to respond to the Taliban’s advance on Kabul, and neither did the U.S. come to its aid when Toyo needed it the most. This has forced many within the Japanese government and the ruling party to rethink their policy towards the United States, especially for as long as it is under Joe Biden’s rule.

If the United States could not help Japan in Afghanistan, there is very little which Tokyo can expect out of the Biden administration in the East China Sea against China and in support of either Taiwan or the Senkaku islands. Now, Japan will be focussing on building up indigenous capabilities in order to deal with contingencies of all kinds on its own, without having to look up to other countries for help. Already, Japan has taken the lead in global activism for Taiwan’s freedom and security, and now, Tokyo will certainly ramp up efforts to cut down on dependence on the United States.

What will further motivate Japan to build up its own capabilities is the fact that Joe Biden last week, in an interview with ABC News, committed to intervening militarily if China were to invade Taiwan or mount offensives against Japan and South Korea. Soon, however, the White House backtracked on such comments of the President and said Biden “misspoke” on the issue of Taiwan. This has certainly shattered the morale of America’s allies, and Japan particularly will be convinced that it cannot bank on the Biden administration to come to its help during a crisis.

Read more: Taiwan has responded to Joe Biden in the most brutal way

Japan has effectively made it clear that it does not trust the Biden administration. Therefore, it is carving an independent path for itself, especially when it comes to the Taiwan issue. As reported by TFI, in July, Japan effectively abandoned the ‘One China’ policy as it showed Taiwan as a separate and free entity from China in its annual defence white paper. In this year’s white paper, Taiwan is completely greyed out from the map of China and its combat theatre commands. In previous defence white papers, Japan had displayed the island nation as a part of China. Japan has also committed to militarily protecting Taiwan along with the United States if China were to launch an invasion against the democratic island nation.

The USA’s failure in Kabul – facilitated by Joe Biden serves as a wake-up call for America’s allies across the globe. Biden’s fiasco in Afghanistan has put Taiwan in a fix, which now faces a grave existential threat from a belligerent China. Japan seems to have learnt a lesson, which is why it is beginning to have discussions on the country’s overreliance on the United States and how the same can be cut down.