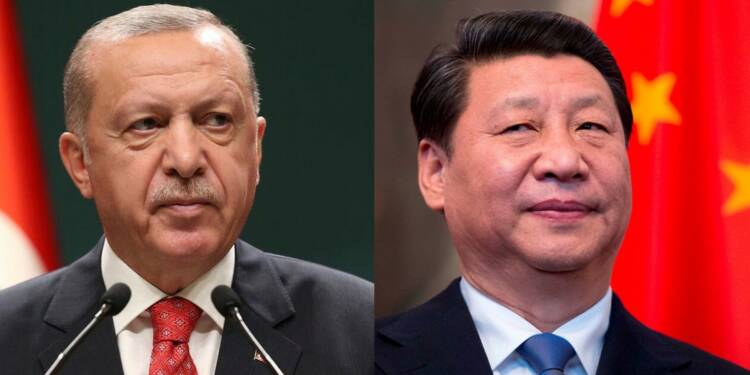 Erdoğan’s Islamism and backing for mercenary jihadist groups have been widely discussed and written about. Erdoğan was a reformer of sorts in the 2000s, and he was able to bring back economic growth. However, with high inflation, low-interest rates, and a sinking Turkish currency Lira and now entering the grey list, Erdoğan has completely destroyed Turkish economy. Now, facing immense criticism, he is wanting to try his luck in West Africa and somehow salvage his image.

Last month’s visit by Turkish President Recep Tayyip Erdoğan to Angola, Togo, and Nigeria drew widespread notice on multiple levels. The journey came to an end just days before the third Turkish-African Economic and Business Forum and the third Turkish-African Partnership Summit were held in Ankara. But there is one problem, and that is the already existing immense investment and infrastructure push of China in these Western African countries. In Africa, Asia, and Europe, Turkish military gear is gaining favour.

When it comes to discussing defence cooperation between Turkey and African countries, armoured vehicles and attack drones are at the top of the list. The sale of Bayraktar (TB2) drones, which have performed well in Syria, Libya, and Azerbaijan, was discussed during Erdoğan’s recent visit to Angola and Nigeria. According to some reports, Ethiopia has already received a small number of Turkish drones, and purchase orders from other African countries are being considered.

Ankara has begun to balance its soft and hard might in Africa, as seen by Turkey’s multidimensional openness to the continent. This is evidenced by its military participation in Somalia and Libya, as well as the rising involvement of its defence companies in Africa. Turkey’s political, diplomatic, economic, and military openness to Africa, on the other hand, does not align with the ambitions of global powers, particularly China which has also invested fortunes to gain sway in the western African countries.

Turkish President Recep Tayyip Erdoğan’s Islamist policies have destroyed the Turkish economy. Erdoğan is a wannabe Khalifa and harbours ambitions of ruling the Muslim world. Therefore, everything in Turkey including its economic policy is being modelled on Shariah lines. This is leading to Turkish President Erdoğan going against the most basic economic theories regarding increasing interest rates and controlling inflation. In fact, he is firing anyone who tries to put the Turkish economy back on track by pushing for higher interest rates.

Read more: Turkey is an example of what Islamism does to an economy

It is well-settled amongst economists that interest rates must be raised in order to restrict inflation. But Erdoğan believes that higher interest rates further push inflation. In fact, the Turkish President keeps cutting interest rates at regular intervals despite skyrocketing inflation in Turkey and a constantly depreciating Lira. However, as a wannabe caliph, he is not willing to accept his absurd policies and wants to compensate economic as well as image loss among people in Turkey, by a possible increase in business and arms sales to West African countries.

China’s involvement is predominantly government-led, rather than private-sector-led. As a result, state-owned enterprises, rather than Chinese private wealth, are making the most significant financial investments in West Africa. As a result, they tend to concentrate on large-scale projects like highways, ports, and dams, as well as public networks like the electric grid. Although these estimates are for Africa as a whole, they are likely to include China’s investments in West Africa as well, according to the report.

As per a research, most funded projects are in the Transport, Shipping and Ports sectors (52.8 percent), followed by Energy and Power (17.6 percent), Real Estate (14.3 percent, including industrial, commercial, and residential real estate) and Mining (7.7 percent). Just recently, Cui Jinachun, China’s Ambassador to Nigeria, has stated that plans are in the works for Chinese banks to commence operations in Nigeria. He also stated that Nigerian banks interested in expanding their operations in China are welcome to do so anytime they are ready.

Now as Erdoğan tries to gather pennies and show a facade of Turkey’s geopolitical heft, he is going to jeopardize the interests and influence of China or may at least try to do so. Doing this at a time when Xi Jinping is paranoid beyond repair is a sure sign of the two leasers colliding for maximising influence in West Africa.

Gary Abernathy: Career as a Writer