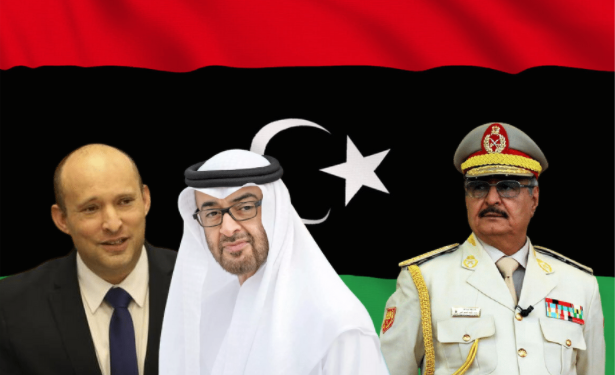 Libya is slated to hold parliamentary and presidential elections in December, for the first time in several years following the public lynching of Mu’ammar Gaddafi. The elections can be a stepping stone for Libya to return to normalcy and end its ongoing civil war. Currently, the Islamist Government of National Accord (GNA) holds fort in Tripoli, but General Khalifa Haftar-led Libyan National Army (LNA) is also a major stakeholder in Libya. So, normalcy will only return to Libya if General Haftar and his forces agree that normalcy must return to their country. Any negotiation which does not have the LNA in the agreement will bear no fruits for Libya.

Consider this – General Haftar and his forces are supported by a rainbow coalition of countries like Egypt, Jordan, the UAE, Russia and France. The GNA has the actual backing of Turkey and Qatar alone, while the USA offers mere lip service on the Libyan question these days. Needless to say, the entry of a decisive power was required to break the Libyan stalemate. That entry has now happened, and Israel is all set to turn the Libyan equation upside down.

Israel’s Support for General Haftar and the LNA

The son of Libyan warlord Khalifa Haftar reportedly visited Israel last week for a secret meeting with Israeli officials in which he offered to establish diplomatic relations between the two countries in return for Israeli support. Along with him, several Libyan General Khalifa Haftar’s aides arrived in Israel onboard a private plane that took off from the UAE.

According to the Haaretz Daily, Haftar carried a message from his father requesting Israeli “military and diplomatic assistance” in return for a pledge to establish a normalization process between Libya and Israel akin to the Abraham Accords establishing relations between the Jewish state and the United Arab Emirates, Bahrain and Morocco.

General Khalifa Haftar is therefore looking to secure military and financial aid from Israel for furthering his cause in Libya, where he hopes to come to power. Israel has been supportive of General Haftar’s cause but is not an official party to the Libyan conflict. When it does become one, rest assured, the LNA forces will be able to pluck the GNA out of Tripoli easily. Already, as explained by TFI, Russia and Egypt have forced Turkey to take out its mercenaries from Libya. These were all fighting on behalf of the GNA. Therefore, the GNA government is weakening in Libya, and General Haftar is looking to capitalise on this situation using Israeli help.

In exchange, Israel will get yet another Arab partner which will support it and cease arming Palestinians for their cause of intifada. It will be a win-win situation for both Israel and General Haftar.

North Africa is getting swamped by support for Israel. Morocco is already a signatory to the Abraham Accords and has established official ties with Israel. Egypt is supportive of Israel and has a longstanding peace treaty with the Jewish nation dating back to 1979. Now, Libya is all set to recognise Israel and establish official ties with it in exchange for military aid which General Haftar will use to depose the GNA-led government in Tripoli.

What is happening is that in North Africa and the Mediterranean, Turkey is losing its edge. The Mediterranean in any case is not supportive of Turkey, and for three major countries of North Africa to begin siding with Israel will be nothing less than a nightmare for Ankara.

Read more: With a naval base right into the mouth of Libya, Egypt and UAE have begun the dismantling of Turkey-backed regime in Libya

Earlier, TFI had reported how Egypt had taken a major step to counter growing Turkish aggression. In July this year, Egyptian President Abdel Fattah al-Sisi inaugurated a large naval base, 135 kilometres from the border with Libya. Named as the “Third of July” military air and naval base, the port marks the day Egypt’s current President overthrew the Muslim Brotherhood government from Cairo in 2013. What added to the glamour of the day was the presence of UAE crown prince Sheikh Mohammed bin Zayed al-Nahyan.

Egypt has been trying to secure itself and the Eastern Mediterranean from Turkey’s expansionist manoeuvres. Tensions over the gas fields in the region have simmered for years but escalated when Turkey signed a deal with Libya’s GNA to set up shared maritime borders in 2019. If Turkey gains control of Libya’s waters, it would essentially be able to dominate the southern Mediterranean Sea, to the detriment of European nations, Israel and Egypt. Therefore, support for the Muslim Brotherhood government in Libya is just a strategic way for Turkey to expand its influence in the Mediterranean and eventually hegemonize it.

Russia made it clear that for any meaningful withdrawal of troops to happen from Libya, Turkey must first take out its mercenaries from the war-torn African nation. Soon after, the news was broken that Turkey was, in fact, really taking out Syrian mercenaries from Libya and extending an olive branch to Russia, Egypt and other countries with which its relations have turned sour.

Will Israel Help the LNA?

Most definitely, Israel will extend all possible help to the LNA led by General Khalifa Haftar. It now knows that its interests would be best served if the LNA comes to power in Libya. Israel always keeps its interests over and above all other considerations. So, it will certainly help Haftar in getting rid of the GNA in Libya. And then, to have Libya as the next Abraham Accords signatory will be quite a magnificent feather in Tel Aviv’s cap. The war in Libya seems to be coming to a close, and Israel can play a decisive role in ending it for once and for all.