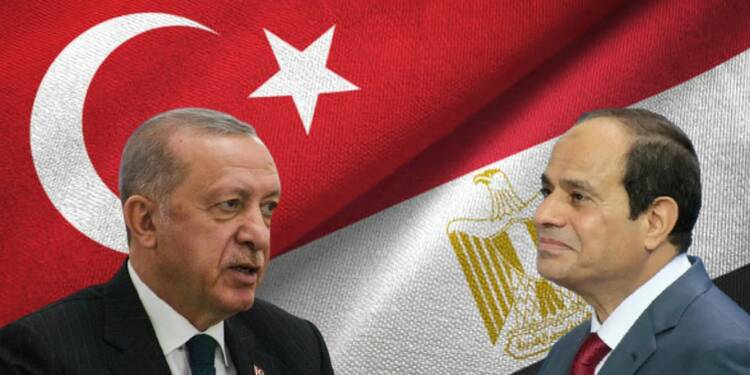 Egypt is gaining traction in the Middle East since it was able to play a major role in the management of the escalations between Israel and Hamas. As the influence of the US under the Biden administration has depleted in the Middle East, the importance of Cairo has increased exponentially. Egypt has been climbing up the ladder in the Middle East at an enormous pace. Today, Egypt is recognised as one of the most mature powers of the region – and one which advocates the cessation of all forms of violence in countries of the Middle East.

On the other hand, Turkey is the only power in the region at par with Egypt. Additionally, Turkey and Egypt have for long been on opposite sides on practically all matters that concern the Middle East. Whether it be recognition for Israel or the Libyan war, Egypt and Turkey find themselves in conflicting positions almost always. However, as the situation in Turkey is becoming grimmer by the day, and Erdogan finds it impossible to continue its policies as it is. Now in its efforts to improve relations with Egypt at a time when Ankara is becoming increasingly isolated, Erdogan has thrown the Muslim Brotherhood under the bus.

A delegation of exiled Muslim Brotherhood leaders met in Ankara last April as part of a fledgling Turkish effort to normalise relations with Egypt, seeking assurances that they would not be thrown under the bus, while Ibrahim Mounir, the Brotherhood’s acting supreme guide, thanked Turkey for its support. It was a foreshadowing of a coming storm within the movement, but there was little discussion about it at the time. However, since then, more evidence has surfaced suggesting the Brotherhood’s choice of Turkey as a safe haven was not a wise one.

The movement’s dismal downfall after its ousting in Egypt in 2013 has accelerated due to a leadership dispute between the movement’s two main diasporas in Istanbul and London. While the Istanbul wing, led by the Brotherhood’s long-serving secretary-general Mahmoud Hussein, and the London wing, led by Mounir, continue to feud, the movement has seen the emergence of a third front: hundreds of imprisoned Brotherhood youths who accuse the exiled leaders in Istanbul and London of ignoring their plight.

Impact of Egypt’s rapprochement with Turkey:

The Brotherhood’s internal strife was exacerbated by Egypt’s rapprochement with Turkey and Qatar, because “everyone knew that Sisi’s reconciliation with regimes and nations that [had backed the Brotherhood] would signal the death knell of the cause,” according to Abdo. The Turkish government, according to the writer, has not formally intervened in the Brotherhood’s issues, but certain “official and unofficial Turkish individuals” have attempted to bridge the gap and prevent the schism from widening.

However, after exerting pressure on media exiles to stop criticising Sisi, including “indirect indications” that those who fail to comply could risk deportation, Ankara “lost tremendous popularity” among Egypt’s opposition, according to Abdo. Many of the movement’s youthful members had lost faith in the old guard after those who left abroad failed to demonstrate effective leadership, according to a former senior member of the Brotherhood who sought anonymity.

In terms of the impact of Ankara’s mending of fences with Cairo, he believes the Turkish government will not extradite Brotherhood officials to Egypt, even though it has requested Brotherhood channels to tone down their criticism of Cairo. Currently, Ankara’s reconciliation with Cairo looks to have weakened the Brotherhood’s Istanbul wing, tilting the scales in favour of the London-based leaders. This might also apply to Ankara’s book, as it strives to shed the Brotherhood’s burden. In line with this, Erdogan has completely abandoned the Muslim Brotherhood.

To hell with patriotism: Chinese citizens are parking their cash in Japan’s real estate sector