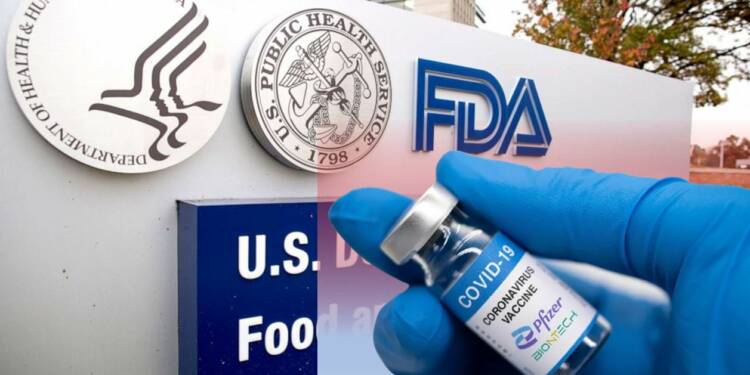 Covid-19 pandemic has proven to be a boon for American biopharmaceutical companies, and Pfizer is no different. Pfizer recently reported adjusted earnings of $7.7 billion, up 133% from a year earlier. This year alone, the Covid-19 vaccine has brought in revenue of $24.3 billion for the company.

However, the very pandemic may become the core reason for its impending collapse, as people around the world are now increasingly growing wary of the efficacy and effectiveness of the Covid-19 vaccines produced by Pfizer.

Allegations pile up against Pfizer:

Allegations of falsifying the trial data are piling up, combined with researches and studies unravelling data integrity issues in Pfizer’s vaccine trial. A new Israeli study published in Nature Communications has also shown a decline in antibody levels and immune system compounds after four to six months.

The study had revealed that people jabbed with Pfizer vaccines in January had a 51% increased chance of contracting the virus in July compared to those who were vaccinated in March or April.

But it is not just the vaccine maker that is now finding itself faring in hot waters; The Food and Drug Administration (FDA) of the US is also facing the same stumbling block, which has lately come under extensive scrutiny for giving its approval to the vaccine despite glaring discrepancies.

FDA under fire for Pfizer approval:

In response, the FDA told a federal judge on November 15, that it had possession of 329,000 pages and it would be able to release a maximum of 500 pages per month after thorough perusing and redactions. At that rate, FDA will require 55 years to fully release the documents in question.

Aaron Siri, whose firm is representing PHMPT in the lawsuit, wrote in a blog post on November 17, that “the FDA’s promise of transparency is, to put it mildly, a pile of illusions.” The fact that the FDA took a mere 108 days in giving Pfizer covid vaccine its stamp of approval makes its intentions even more dubious.

By requiring around 20,000 days for releasing the 329,000 pages of trial documents, FDA is simply sweeping its responsibilities under the carpet and cutting the corner on its accountability. By 2076, the documents in question will themselves become redundant and futile, thus giving a free pass to the iniquitous alliance of Big Pharma and the ‘medical deep state.’

Siri wrote in his blog post, “taking the FDA at its word, it conducted an intense, robust, thorough, and complete review and analysis of those documents in order to assure that the Pfizer vaccine was safe and effective for licensure. While it can conduct that intense review of Pfizer’s documents in 108 days, it now asks for over 20,000 days to make these documents available to the public.”

Also read: According to a data leak, Pfizer is in bed with the CCP

Time to phase out Pfizer?

Pfizer vaccine has ultimately emerged as one of the major Coronavirus vaccines available in global markets today. However, countries using faulty Pfizer jabs, including Europe and Israel, are again reporting a massive surge in covid-19 infections every day. But that doesn’t mean the vaccines are not a solution to the Covid problem.

Effective vaccines, with high efficacy, like the Indian Covaxin and Covishield, have shown promising results against even the most contagious Delta variant. As the US transparency groups attempt to hold the FDA accountable for its evil deeds over the past year, the US government must retract the FDA’s approval to Pfizer vaccines until the dispute is solved between American doctors and the deep-state-led Food and Drug Administration.