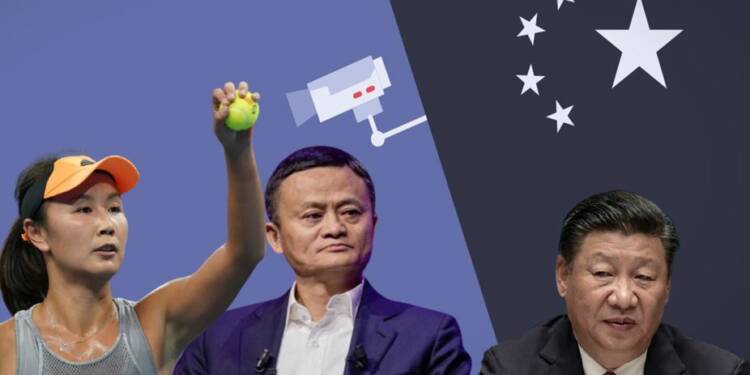 The globalised world order has blurred the lines of a nation-state, and now the sovereignty is not absolute, given the extensive intermeshing of the world, any state-sponsored or otherwise brutality are exposed on the internet easily. Chinese Communist Party, even though being a Marxist internationalist government in name, supports the classic Westphalian definition of sovereignty to have full independence in the matters of who should be and how they should be punished, tortured, surveillance among other things without any interference. However, the world has become infuriated with the CCP’s practice of killing any sort of dissent quite literally.

The sheer overarching nature of such practices by the CCP has led people to vanish because of comments which could be perceived as disrespectful or anything said or posted that is not entirely in line with the supreme leader Xi Jinping. Businesses, private education, religion, video games, startups, karaoke songs, and now, China’s entertainment industry – they have all come under massive blows from the hammer Xi Jinping wields.

This tactic — which comes alongside a mass, an unopposed crackdown on lawyers, activists, and state critics — appears to be Beijing’s go-to strategy to tackle disloyalty and prevent rebellion. However, the cases of Jack Ma and Peng Shuai, where they returned from oblivion, tell us that the absolute approach by CCP is facing substantial criticism for even Xi Jinping to make tactical retreats.

Earlier this month, 35-year-old Peng Shuai accused former Chinese Vice Premier Zhang Gaoli (2013-2018) of sexually assaulting her, through a message posted on China’s Twitter-like microblogging website Weibo. The post, that took the Chinese social media by storm, got immediately removed by the CCP censures, and the tennis star has not been seen or heard from publicly since. The Women’s Tennis Association (WTA) and leading voices from the world of tennis are increasingly speaking out about Peng. Former women’s world number one and 23-time Grand Slam winner Serena Williams recently told that news of Ms. Peng’s disappearance had left her “devastated and shocked”.

Read more: Missing Tennis star could spell the end of CCP amid a massive MeToo wave in China

With pressure piling up and concerns mounting regarding her safety, China’s state-owned television broadcaster, CGTN, released an email Wednesday morning, claiming it was penned by Shuai. The email stated she is neither missing nor in danger: “I’ve just been resting at home, and I’m OK.” Now, Chinese state media has even broadcast new videos of missing tennis player Peng Shuai, amid mounting international pressure on Beijing to produce verified evidence of her location and safety. The most recent video, posted on Sunday by Hu Xijin, editor-in-chief of the state-run Global Times, appears to show the player being presented during a Beijing youth tennis tournament. Hu claimed the clip was recorded on Sunday on Twitter, a platform that is technically forbidden in China, though this assertion could not be corroborated.

Peng Shuai showed up at the opening ceremony of a teenager tennis match final in Beijing on Sunday morning. Global Times photo reporter Cui Meng captured her at scene. pic.twitter.com/7wlBcTMgGy

The fact that CCP is forced to provide evidence of her well being, just sometime after similar action was forced out of Beijing in the case of Jack Ma goes on to show that its tactics of making dissidents and anyone who says his/her mind or even raises complaints against the CCP royalty disappear has made the world infuriated.

After the CCP-Alibaba showdown, Jack Ma himself went missing for some time. A paranoid Xi followed up his antitrust probes and other such vindictive actions against Alibaba with similar actions against other Chinese tech giants and edutech entrepreneurs. Ultimately, Xi’s actions led to Jack Ma’s net worth getting reduced to half in less than a year. Ma, who was once the richest man in Asia, remains China’s most popular billionaire yet Xi wanted to destroy him instead of celebrating him. However, with the international criticism of the CCP’s actions against Jack Ma and Alibaba’s business being too big to be destroyed, Jack Ma came back from hiding and is now making overseas trips.

A women-led uprising around the corner in China

Make no mistake, that’s not the only high-profile MeToo case that has taken Chinese society by storm. In 2018, a Chinese woman named Zhou Xiaoxuan moved to court accusing Zhu Jun, a renowned state broadcast show host, of sexually harassing her while she worked as an intern at his show back in 2014. Chinese web users have closely followed Zhou’s suit against the accused, and even organised campaigns to lend their support.

And now, Peng Shuai’s case has reinvigorated the MeToo movement in China. China successfully suppressed the first wave of MeToo allegations in 2018 owing to its massive censorship campaign against the budding movement on social media. MeToo became the hot topic after a slew of allegations were levelled in Universities, entertainment, media, and non-profit organisations. However, with Shuai’s case bulking larger, it would be impossible for the CCP to suppress the MeToo movement in the country.

These cases while were similar to the earlier ones. The plot is – A high profile individual goes against the party line then they vanish to repent and never return to the public eye. However, in the case of Jack Ma and Peng Shuai, the CCP and Xi Jinping were forced to bring these people back on their positions given the mounting international criticism that Beijing had to face.