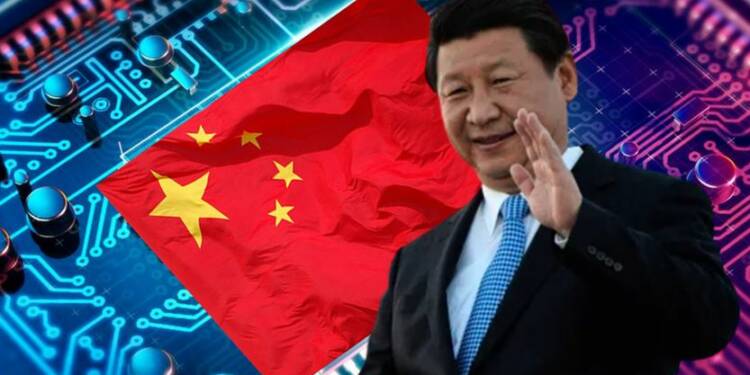 The quest of Xi Jinping to gain absolute power in China has been well documented, and even after trying his best since 2012, it has not been a walk in the park, and this has only increased his vulnerability and paranoia. The situation has reached such a level, that any and every technological firm that can be connected to any sort of funding from the people belonging to the Shanghai faction, gets shredded to pieces. The policy of cornering all the companies that have fallen out of Xi Jinping’s favour into economic vulnerability, has gained momentum.

However, this policy of witchhunt against all the money-making Chinese domestic tech companies may seem like a plausible solution in the short term, things will take a really dark turn in the long run. The Chinese Communist Party (CCP) has prevented companies like Lenovo, DiDi, and Alibaba among others, from going public on the STAR Market, Shanghai’s Nasdaq-like bourse, and it has also stopped these companies from registering in international markets as well. All these actions are being undertaken in an effort to make sure that these companies, which belong to the contending Shanghai factionm, are made cash strapped.

The policies currently being followed may bring some sense of confidence in Xi Jinping in terms of his hold on power, but this will spiral the Chinese economy, which is already on life support.

The big tech firms and the Shanghai faction connection:

The CCP’s faction war has become increasingly intense. Liu Qing, the CEO of DiDi and a Harvard graduate, is the daughter of Liu Chuanzhi, the founder of Lenovo and a close friend of Alibaba’s Jack Ma. State investors such as Bank of Communication, China Merchant Bank, Poly Capital, China Life, CICC Alpha, CITIC Capital, Pingan Insurance, and a dozen more, have poured money into DiDi.

Regardless of whether Xi Jinping gains control of the People’s Liberation Army (PLA), it is believed that the princelings of the Jiang faction have weight in China’s huge corporations, particularly in Guangdong province, which had the greatest GDP in 2020 (US$1.7 trillion). Xi Jinping is tightening the noose around the Shanghai clique, maybe due to a fear of “financial coups”.

Shanghai faction has time and again tried to challenge the increasing centralisation of power with Xi Jinping, as it is more inclined to follow the socio-economic model devised by Deng Xiaoping and not what Mao had laid out in his days of terror.

Lenovo’s attempted resistance to firms loyal to Xi Jinping and the aftermath:

Liu Chuanzhi, the founder of Lenovo, has a big tech empire, with his family’s fortunes stretching all over the tech sector, as explained above. Given its clout, he tried to take a stand against Xi Jinping, and for the Shanghai faction. However, it was followed by domestic vilification, as well as sidelining of him and his company.

Lenovo’s acquisition of IBM’s unit 16 years ago, once hailed as a watershed moment for Chinese tech firms going global, has since been recast by the company’s detractors as derailing (among other technological advances) the development of a Chinese computer operating system to rival Microsoft’s Windows. In this backdrop, some nationalist internet users have dubbed Lenovo “China’s tech Judas”, with Liu senior portrayed as a “comprador” for foreign interests (keeping the likes of Intel and Microsoft entrenched).

Anti-Lenovo sceptics reached a fever pitch of hatred in 2018, when reports surfaced that the PC maker voted against a 5G standard advocated by Huawei at an international conference, thereby ‘betraying’ China by voting with a group of foreign corporations instead.

While Xi Jinping may think that he can squeeze the Shanghai faction and their business backers out of cash, it is just a bait that the weakening faction is making, so that in his blinded lust for power, he messes up the economy so bad and the paranoia reaches the level where the Chinese people and other people with hold on power will find it difficult to let things go, as they end the Xi era entirely.