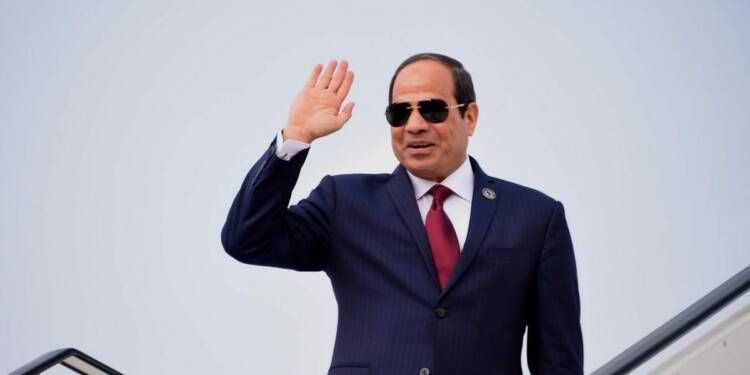 The Sinai Peninsula is a land bridge between Africa and Asia. It is located between the Mediterranean Sea to the north and the Red Sea to the south, and is controlled by Egypt. The Northern Sinai governorate, also known as North Sinai, borders the Jewish nation of Israel. North Sinai, unfortunately, is a hub of violent extremism and forces sympathetic to the Muslim Brotherhood. South Sinai, meanwhile, is relatively peaceful and a hub of tourism. The Muslim Brotherhood, as we all know, is antithetical to the current Egyptian regime, led by President Abdel Fattah Al-Sisi. So, on Sunday, Egypt conducted airstrikes and wide-ranging military raids in North Sinai, flushing out many militants.

Eyewitnesses and tribal leaders told The New Arab’s Arabic language service that several raids were carried out south of the cities of Rafah and Sheikh Zuweid, targeting areas where the “Sinai Province” organization – an affiliate of the Islamic State organization in Egypt – operates out of. For Egypt to carry out airstrikes and military raids on its own territory simultaneously is quite unprecedented. Since 2014, regular gunfights between the Egyptian army and Islamic State operatives do take place, but for Cairo to go ahead with bombing North Sinai shows how Egypt and Israel are actively collaborating in the defense realm and neutralising common enemies in the region.

Earlier this month, Egypt announced it was heightening troop numbers around the city of Rafah in Sinai in the battle against Islamic State group militants. This came after it struck an agreement with Israel to do so. The Israeli Army responded to the announcement saying it would “continue working together to ensure security along our border.” According to the 1979 peace treaty between Cairo and Tel Aviv, each side needs to agree to any change of troop numbers along the border region.

The obvious question now is, why is North Sinai so important for Israel? Here’s why.

Egypt’s Rafah crossing in North Sinai is the only passage to the Palestinian Gaza Strip not controlled by Israel. The vast rugged peninsula has always been a hotbed of illicit activities, like the smuggling of arms, drugs and supplies to the Gaza Strip, breaking the blockades imposed by Israel and Egypt. So, North Sinai is that region where Hamas gets its weapons from to use against Israel. As such, it is of utmost importance for Israel that North Sinai is ridden of Hamas’ allies, which inevitably would translate in Egypt launching an unprecedented offensive against the Islamic State and other militant groups of the region.

The airstrikes on North Sinai by Egypt come in the backdrop of the new Israeli security service chief, Ronen Bar visiting Cairo and meeting his counterpart, Intelligence Chief Abbas Kamel. In September, President Sisi met with Israeli Prime Minister Naftali Bennett in the southern Sinai resort town of Sharm El-Sheikh, marking the first visit in over a decade by an Israeli head of government to Egypt.

Read more: Israel prepares for a two-front war against Hamas with Egypt on its side

The agreement reached between senior Egyptian and Israeli military officers on Nov. 7 in the Red Sea resort city of Sharm el-Sheikh has revealed the two allies’ collaborative collaboration. Israel has now formally given the Egyptian military more control over the border area and more latitude to fight IS-affiliated extremist groups in the northern Sinai Peninsula, thereby strengthening Israel’s security. So, Hamas will soon find itself in a dearth of weapons to fight Israel with.

The world frowned upon Egypt whenever it tried militarising the Sinai Peninsula. Now, with Israel on its side, Egypt is launching a decisive war against Hamas’ allies and all the militant groups operating out of the crucial region. Not only does this promise to bring peace to the Sinai Peninsula, but also alter the equation between Israel and Palestinian extremist groups dramatically.