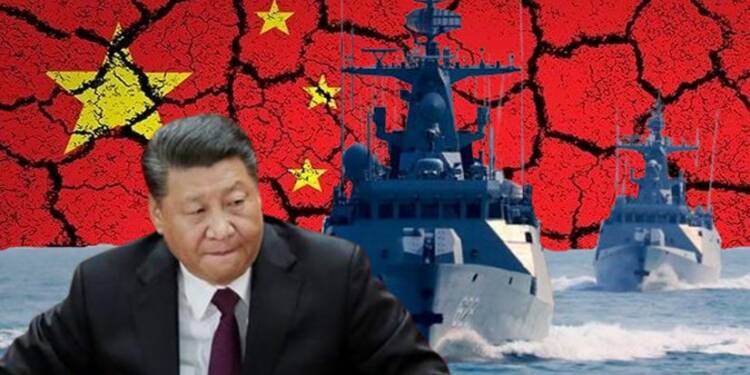 The rise and expansion of the Chinese People’s Liberation Army Navy (PLAN) has come to be described as an unprecedented phenomenon. China became the largest Navy in the world last year, with a total of around 350 ships and submarines. With the United States and China coming close to locking horns over Taiwan or Chinese aggression in the South China Sea and the East China, the inflating Chinese naval fleet would seem like a serious threat. Yet, the huge Chinese Navy isn’t really a threat for China’s adversaries; rather it is a massive headache for the communist nation.

Is it worth buying multiple cars, if you have just one parking space? No, right? So, is it worth making any ships, if you hardly have as many ports to dock them? China has built way too many warships, but the bitter truth is that the Chinese Navy remains a green-water navy that is simply not capable of global ventures.

In the Western Pacific, China is hemmed in by a group of US allies called the “First Island Chain”, stretching from Japan through the Philippines. The Strait of Malacca, a narrow stretch of water connecting the Indian Ocean and the Pacific Ocean, also blocks Chinese access into the Indian Ocean Region (IOR).

Also read: The sinister reasons why China is not releasing location info of commercial ships in its waters

So, the enormous Chinese Navy, no matter how huge it is, cannot compete with the United States Navy because it simply does not possess the expeditionary capabilities necessary for a powerful, blue-water navy. In the end, China is left with a huge naval fleet, which may be the largest on paper but is largely immobile.

History of grand Navies going down the drain:

The world has had a history of huge navies going down the drain. Before the World War I, Imperial Germany had built a spectacular navy from humble origins much like the huge navy that China has built over the past twenty years. However, the Imperial German Navy was forced to scuttle itself at Scapa Flow, after it was hemmed in by the British Royal Navy.

Similarly, the Soviet Union had built an impressive fleet after the second World War during several decades of geopolitical competition with the United States of America. However, once the Soviet Union collapsed, a modern Russia wasn’t left with many warm-water ports to dock the Soviet-era warships. Ultimately, a number of impressive ships rotted away in the post-Cold War era.

China’s case may not be very different. Remember, the communist nation too doesn’t have much room to manoeuvre its naval assets. Hemmed in by the US and its allies, the PLA Navy too might rot away with time.

We are not denying that the Chinese Navy has grown exponentially. At the start of this century, the PLA Navy wasn’t really a force to reckon with. Most of the naval assets were obsolete, and China lagged behind significantly in terms of technology. But in the last one decade itself, China has added four aircraft-carrying warships in excess of 40,000 tons, several modern nuclear ballistic-missile submarines, many large destroyers, and many smaller vessels to its naval fleet.

In fact, 36 of China’s 40 destroyers and 38 of its 43 frigates have entered service in this century only. On the other hand, a large part of the US Navy fleet entered service in the last century. However, the US Navy has upgraded its assets with the latest technology, and has retained the competitive edge that it enjoys over other navies. The USS Nimitz for example, is a 46 years old carrier, yet it is much more capable than China’s Type 03 aircraft carrier that will enter service in 2024.

The point is that the US Navy may be older, but it is still better than the Chinese Navy. Similarly, the South Korean, Japanese and Australian Navies may be much smaller than the PLA Navy, but in terms of technological capacities, they are far ahead of the Chinese. This is why Chinese submarines have been identified and exposed multiple times in the recent past by Japanese and British Navies. China simply doesn’t have the wherewithal to carry out stealthy maritime operations against technologically superior countries.

Huge Navy- a headache for China:

Finally, maintaining a huge navy itself a tough task for China. For starters, we do know that the Chinese Navy doesn’t have the technology to deal with the Korean, American or Japanese Navies. So, it will have to spend a great deal of money just to bring its huge fleet at par with rival navies.

Also read: China kept manufacturing ships to encircle the Indian Ocean, now most of its ports have been seized

Also, change in technology can quickly render a warship obsolete. So, even after making huge capital expenditure on acquisitions and upgrades, high maintenance costs are a must to maintain a huge naval fleet. Such costs are almost unsustainable from a Chinese perspective. China has thus ended up building a huge Navy that hardly threatens its rivals, but has become a huge headache for the communist nation itself.