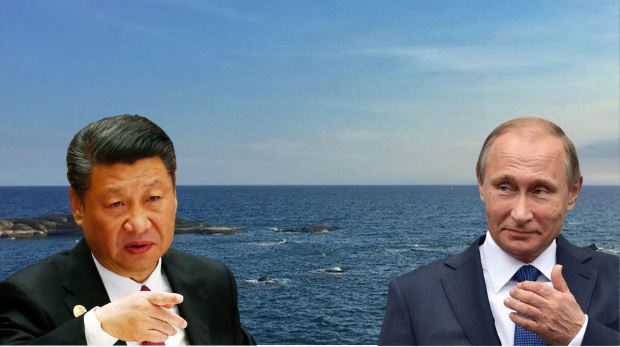 Russia held a massive naval exercise with 10 ASEAN member states this week. So, Russia has just announced its entry into Southeast Asia as a partner of countries that are being victimized by China. The first-ever joint naval exercise between Russia and a number of Southeast Asian countries began on Wednesday along the Strait of Malacca, one of the world’s busiest maritime channels. The drills took place at a time when tensions in the Indo-Pacific are rising, especially in the South China Sea. Warships and planes were contributed by Indonesia, Thailand, Singapore, Vietnam, Malaysia, Myanmar, and Brunei, with the Philippines serving as a virtual observer. This is the first-ever naval exercise that Russia has held with ASEAN member states.

So, China is miffed. How dare Russia flex its naval might in Southeast Asia, which Beijing is trying to swallow whole? To get back at Russia, China has begun an even more intense trade war against Moscow. According to Russian Consul-General in Harbin Vladimir Oschepkov, Chinese authorities have introduced new restrictions on the import of certain categories of goods from Russia. China has stopped importing certain goods from Russia via some railway crossings, including coal, iron ore, fertilizers, pulp, ore and agricultural produce.

The Russian diplomat said, “The actually introduced ban covered plenty of positions of Russian import in China, except wood.” He added, “On December 1, similar restrictive measures were introduced at another railway crossing point of Zabaikalsk-Manzhouli; they apply to lumber resources from Russia also, with containerized cargo being an exception.” Interestingly, the ban on imports was put on the same day when the naval exercise between Russia and Southeast Asian nations took off.

Russia-China ‘Axis of Convenience’ is a Sham

Much is said about how China and Russia are allies, partners and friends. However, as explained by TFIglobal on umpteen occasions, Russian President Vladimir Putin is playing a mighty game with China. In the short term, he is using China as an export market but is also working towards expanding Russia’s influence around the world. The naval drills in Southeast Asia testify to the same.

Late last year, China had tightened its inspections and controls on imported seafood, after it claimed traces of COVID-19 had been found on the packing of imported seafood products. As a result of China’s decision to practically stop importing Russian seafood, Russian seafood shipments to China decreased 83 percent by volume in the first half of 2021 as compared to 2020. They also declined by half in total value.

However, Russia turned the trade war waged by China upside down. It roped in South Korea to replace China as Moscow’s biggest buyer of seafood. According to Sea Food Source, China is no longer the top export destination for Russian seafood. South Korea has claimed the top spot, as its Russian seafood imports have increased by 48 percent to 459,200 MT so far in 2021.

Russia has learnt from Australia, that the best way to deal with Chinese trade excesses is to find alternative markets, become self-reliant and work quickly to decouple from the paper dragon. In response to China’s seafood war, Russia brought in export taxes on such semi-furnished steel products effective August this year. The taxes imposed on semi-furnished steel products will lead to a hike in their prices, leaving China with no route to escape Russia’s steel onslaught.

With Russia teaming up with ASEAN countries to kick China’s posteriors, Beijing has been left behaving like a headless chicken. Speaking of the Indo Pacific, and specifically, the South China Sea, world powers ranging from the United States, United Kingdom, Australia, France, India and Japan; to now, even Russia have begun breathing fire down the paper dragon’s throat. Russia’s entry into the region is a mighty development that can pose a severe challenge to Chinese dreams of hegemonizing the Indo Pacific.