The world could soon ban Chinese ships and airplanes 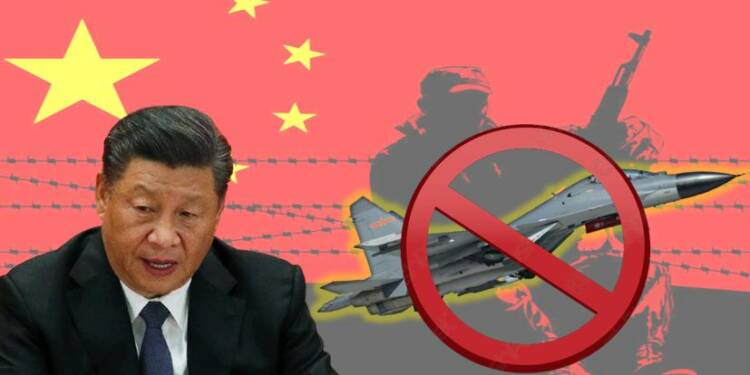 China is a menace. It is that disease which you want to get rid of, but whose extermination will be painful for you too. But China is now crossing a limit. Its madness knows no bounds. China is constantly blurring the lines between its military establishment and infrastructure, and the world. It is deploying its assets and weapons around the world. People, companies, and legit weapon systems – China is transporting these around the world to get its objectives fulfilled. Countries are now waking up to the threat posed by anything even remotely Chinese. And the threat is large. To make matters worse, it is most often concealed.

Soon, Chinese airlines and shipping vessels might face a global ban. Their movement might be restricted. Countries are realising that anything Chinese must simply not be touched, no matter how long the pole is. While Chinese airlines have been found to be spying, the communist nation’s commercial shipping vessels are actually warships that can launch missile attacks.

Chinese airlines spying for the CCP:

China has groomed its companies to spy on behalf of the CCP (Chinese Communist Party) regime. Xi Jinping uses state-owned Chinese companies as malware. He uses them as tools of espionage. So far, he was using companies to debt trap and collect information about countries around the world. It has now been revealed that the CCP is using airline corporations and major Chinese air travel companies to spy on strategic assets, like airports around the world, especially in the United States of America.

According to the United States’ Department of Homeland Security (DHS), during inspections at Los Angeles International Airport (LAX), DHS personnel “observed instances of possible assistance with foreign intelligence collection being conducted by Air China airline employees.” According to Yahoo News, the intelligence report describes a series of incidents at LAX that aroused suspicions with DHS personnel, including what appeared to be Air China employees using their phones to surreptitiously record interviews by Customs and Border Protection officials of Chinese citizens who had performed scientific research at US universities and were now leaving the country.

Also read: China’s indigenous aviation industry is crashing even before it takes off

US intelligence officials have long held that Beijing’s state-owned airlines are used for intelligence purposes domestically, and in fact often function as de facto Chinese government outposts. Air China has been involved in the kidnapping of US-based individuals. Last year, Air China allegedly provided Chinese consular officials in Houston with false paperwork while they guided travellers to their gate for a charter flight back to China. According to a US intelligence contractor quoted by Yahoo News, Chinese airlines kidnap innocent civilians.

The contractor said these are “the situations where [Chinese security officials] say, ‘Come with us peacefully or we’re going to cut your family up into small pieces.’” Air China and other Chinese airlines have been found to be spying on behalf of the CCP on umpteen occasions now.

According to The U.S. Sun, China has secretly been developing Trojan Horse-style missiles hidden in shipping containers that can be unleashed on enemy ports. What this means is that China’s large commercial shipping fleet, comprising of freighters and fishing vessels has been weaponised, and could be used to launch missile attacks against a number of countries in the world.

According to US officials, the weapons deployed in the containers are an advanced anti-ship missile called the YJ-18C, which is a version of the Russian Club-K weapon. The missiles fit into a standard 8 feet wide by 8.5 feet high by 20 feet or 40 feet long shipping container. These commercial ships can come in close proximity of US naval assets, and can practically blow-up entire fleets without Washington even realising what struck it.

China is playing a dangerous game here. It is gambling with its life. Weaponizing commercial shipping vessels is in contravention of all international laws, and the consequences can be devastating for China. Soon, Chinese airplanes and ships might become a thing of the past, as the world bans them from flying and sailing.

Apple — The most Chinese American company