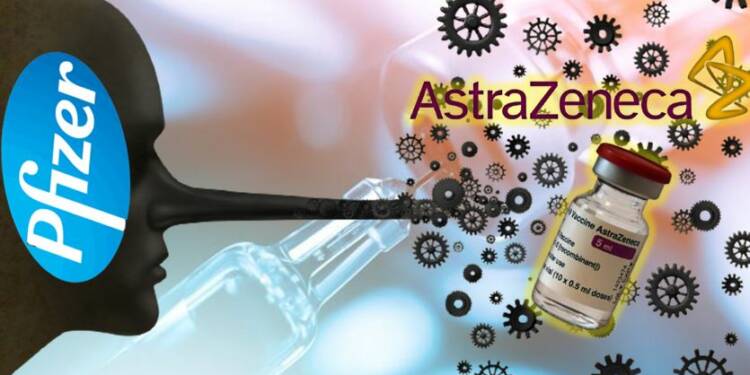 An investigation by a UK-based Channel recently revealed that American pharmaceutical company Pfizer had allegedly paid experts to spread misinformation about the efficacy of its rival AstraZeneca’s Covid-19 vaccine. Pfizer allegedly funded a presentation that discredited AstraZeneca’s Covid jab.

The presentation funded by Pfizer claimed that AstraZeneca’s jab could cause cancer and was not safe for immunosuppressed patients. The panel of experts also said that the vaccine technology used by AstraZeneca could lead to the jab incorporating itself into the genetic code of the recipient and cause tumors.

This presentation and speech had reportedly taken place in an educational seminar in Canada last year. This investigation is done by Channel 4 of the UK, and the full episode is due to air on Friday night. Meanwhile, Pfizer has denied these allegations and has questioned the investigation.

Professor Andrew Pollard, director of the Oxford vaccine group that developed the AstraZeneca vaccine, responded by dismissing the Pfizer-funded presentations. He said, “It can undermine and impact on decisions that people make about their own health, but also create uncertainty for policymakers.” Responding, a Pfizer spokesperson said: “We refute any suggestion that Pfizer has sought to undermine others’ scientific endeavours”.

However, Pfizer admitted to have funded a third-party agency, with an independent scientific committee to create an educational program about vaccines in Canada following the approval of the company’s jab in the country. Channel 4’s investigation is highly likely to dig out further details about this educational program in the Friday night episode.

Pfizer selling jab at a price 3000% higher than its manufacturing cost?

The investigation also unraveled that Pfizer is allegedly selling its jab at a price 3000% higher than its manufacturing cost. Reportedly, Pfizer is charging $30 for its single shot while its manufacturing costs the company a mere dollar. Pfizer responded by claiming that the estimate was ‘grossly inaccurate’ and did not take account the clinical studies, manufacturing on a massive scale, and global distribution.

Needless to mention, the Covid-19 pandemic has upended the financials of Pfizer. This year alone, the Covid-19 vaccine has brought in revenue of $24.3 billion for the company. Pfizer reported adjusted earnings of $7.7 billion, up 133% from a year earlier. With the recent outbreak of the Omicron variant, Pfizer is also advertising its “booster jab” agenda to further expand its earnings.

Allegations of falsifying the trial data are piling up, combined with researches and studies unraveling data integrity issues in Pfizer’s vaccine trial. A new Israeli study published in Nature Communications has also shown a decline in antibody levels and immune system compounds after four to six months.

The study had revealed that people jabbed with Pfizer vaccines in January had a 51% increased chance of contracting the virus in July compared to those who were vaccinated in March or April.

FDA under fire for Pfizer approval:

But it is not just the vaccine maker that is now finding itself faring in hot waters; the Food and Drug Administration (FDA) of the USA is also facing the same stumbling block, which has lately come under extensive scrutiny for giving its approval to the vaccine despite glaring discrepancies.

In response, the FDA told a federal judge on November 15, that it had possession of 329,000 pages and that it would be able to release a maximum of 500 pages per month after thorough perusing and redaction. At that rate, FDA will require 55 years to fully release the documents in question.

Pfizer is also accused of harbouring covert ties with the Chinese Communist Party. All in all, there is no scarcity of reasons why this company must be exposed to a thorough investigation by the federal agencies. If allegations manage to hold the ground in courts, the company must be immediately dissolved to keep it from making hefty profits out of people’s miseries.

Tyrone Hankerson is Scapegoat or Scamster?