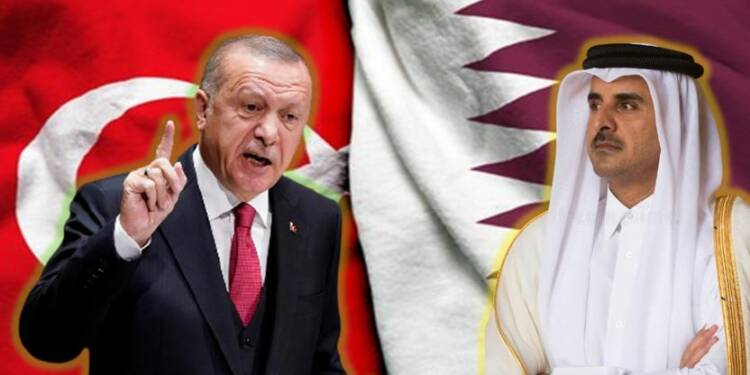 There is a good news for the world in general and the Middle East in particular – Qatar and Turkey are on a collision course. Doha is all set to get involved in a Cyprus gas deal despite Ankara’s objection.

Qatar signs contract for oil and gas exploration in Cyprus:

US giant ExxonMobil and Qatar Energy have signed a contract for oil and gas exploration and production-sharing off the divided island of Cyprus, in spite of Turkey’s opposition.

In fact, this is the second gas exploration agreement that the consortium has signed for Block 5 in Cyprus’ Exclusive Economic Zone (EEZ). The consortium has been helping Cyprus develop its oil and gas industry, and had discovered a huge natural gas reserve off Cyprus in Block 10, which was the island’s largest find till date, with an estimated five to eight trillion cubic feet.

The consortium is likely to drill an appraisal well on Block 10 in late December, with results affected by the end of February.

Cypriot Energy Minister Natasa Pilides said, “Despite the increasingly difficult working environment for the global oil and gas industry, today we are taking a decisive step towards enhancing our mutually beneficial partnership.” When asked about Turkey’s negative reaction, Pilides added, “We proceed based on international law and the Law of the Sea; this has always been our principle.”

Meanwhile, Erdoğan’s Turkey is miffed by how a consortium involving Qatar is looking to work on a gas exploration project in Cyprus. Ankara gas also threatened to prevent ExxonMobil’s search for oil and gas off Cyprus.

Also read: Both Turkey and Qatar have an axe to grind with Saudi Arabia and they are using Taliban for that

Last week, Turkey’s Foreign Ministry issued a statement stating that a sector of the licensed area violates Turkey’s continental shelf in the Eastern Mediterranean. The Ministry stated, “Turkey will never allow any foreign country, company or ship to engage in hydrocarbon exploration activities in its maritime jurisdictions.”

Ankara has further claimed that it will “defend” its rights and those of the Turkish Republic of Northern Cyprus (TRNC).

Qatar’s decision to get involved in divided Cyprus has seemingly challenged Turkey’s old claims over the divided island of Cyprus. Turkey had invaded Cyprus in 1974 and had violently partitioned the country. Today, a major part of Cyprus is occupied by Turkey. Ankara is the only one to recognise its occupied territory called TRNC, and lays claim to any resources including gas reserves discovered off its coast. Turkey claims that such resources discovered off the island’s coast belong to both communities.

Turkey facing a huge setback in the Eastern Mediterranean:

With a consortium of Qatar and US companies working on Cyrpiot gas exploration, Turkey faces a major setback in the Eastern Mediterranean. Turkey has been acting like a mad bully in the region that is rich in gas reserves. Ankara has gone as far as staking claim over resources that lie immediately at the shores of Greece and Cyprus.

In fact, one of the major motivations behind the Cyprus invasion of 1974 was the discovery of rich gas reserves in the Eastern Mediterranean. Turkey wants to reserve these resources for itself by artificially enlarging its territorial and maritime claims.

However, Cyprus is now defying Turkish efforts to usurp gas resources. What makes it worse for Turkey is the fact that Qatar is helping Cyprus, despite being Ankara’s ostensible friend and an apparent supporter of Erdoğan’s political Islam that shamelessly supports radicalism and Islamist groups all across the Middle East. Best friends forever – Qatar and Turkey, are therefore well on their way to clash with each other.

War in the Central African Republic: A bloody conflict no one understands