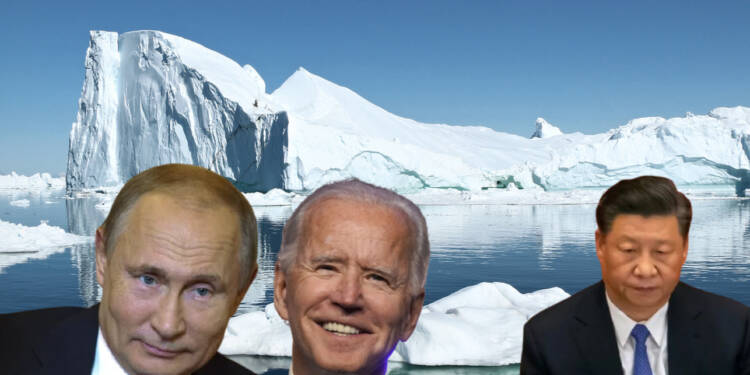 The Arctic region has become a blind spot for international analysts. But contrary to the amount of reporting, the region is becoming a fulcrum for geopolitical competition among the three major powers, namely, Russia, China, and the USA. While relations between the United States and Russia continue to deteriorate in many areas, the Arctic offers an opportunity for cooperation. Russian apprehensions over China’s Arctic ambitions, in particular, could open up new possibilities for improving ties between Moscow and Washington.

Even though there are many divergences and priorities, the Arctic provides a platform for these two nations to work together against an overly ambitious China. Recently, the US 2nd Fleet Commander Vice Adm. Andrew “Woody” Lewis suggested cooperation with Russia in the Arctic, for the purpose of squashing China’s dreams of dominating the ice-capped region as a so-called ‘near-Arctic’ State.

Russia’s China challenge in the Arctic:

With climate change and global warming melting the polar ice cap, the Arctic is opening up to transportation, trading, and commercial activity. The new shipping routes opening up in the Arctic are supposed to shorten the distance between Europe and Asia.

Ideally, Russia, being an Arctic State, should have access to the new shipping routes towards Europe but China is trying to play spoilsport and this is why the Arctic Council seems to have got involved.

In fact, Russia has been consistently asserting its trading and transportation ambitions in the Arctic. When hundreds of ships and tankers got jammed up in the Suez Canal earlier this year, Russia made a big attempt to remind Europe about the utility of the Arctic and Russia’s Northern Sea Route in the region.

US-Russia and convergence of interests:

China has been working to strengthen its control over the global rare earth supply for decades, and its efforts have paid dividends. According to Reuters, which cited Canadian consulting firm Adamas Intelligence, the country produced nearly 90% of the world’s rare earth in 2020, and Beijing has already begun measures to secure Greenland’s rare earth supply. China’s monopoly on these elements allows it to control world prices and gives it a potent instrument to oppose sanctions imposed by the US and the EU.

In October 2020, then-US President Donald Trump signed an executive order aimed at increasing US production of rare earth minerals, citing both their importance in the development of military technologies and the necessity to circumvent China’s dominance of the global rare earth market. This endeavour has continued under US President Joe Biden, with the Departments of Defense and Energy both making moves to strengthen the country’s rare earth reserves.

According to Reuters, Russia’s Deputy Industry and Trade Minister Alexei Besprozvannykh expressed concern by declaring plans to invest $1.5 billion in order to position itself as the world’s second-largest manufacturer by 2030.

Despite rising Russian military and grey-zone actions in the Arctic, a recent policy paper from the Center for a New American Security (CNAS) stated that Moscow has signalled a willingness to engage with regional allies and that the US should not miss out on this opportunity: “Russia is likely attempting to utilise its [Arctic Council] leadership to position itself as a leader on par with the US, and to position itself as a defender of Arctic stability. These are not insignificant goals, and the US and its Arctic allies should take advantage of this opportunity to engage with the Russian chair to lessen tensions and take tiny measures toward regional stabilisation.”

They also suggested that Washington and its Arctic allies work to relaunch military-to-military talks between Arctic nations and establish a regional rules-of-the-road agreement that would define unacceptable behaviours, boosting regional stability, predictability, and security.

Russia and the United States are uniquely positioned to craft a treaty as global powers, permanent members of both the Arctic Council and the United Nations Security Council, and states with Arctic territories. Such a treaty could also advance their shared interests in combating climate change and protecting biodiversity in the region.

Read more: Biden is making sure that US never becomes an Arctic power

Furthermore, the US could respond to Washington’s and Moscow’s shared concerns about China’s growing Arctic ambitions by inviting Russia to co-lead the development of an international legal instrument that would ensure China’s and other non-Arctic states’ involvement in the region is properly regulated. While all these steps can be follow-ups, the US should positively respond to Russia’s willingness for a bilateral understanding over the concerns of China’s growing Arctic ambitions.